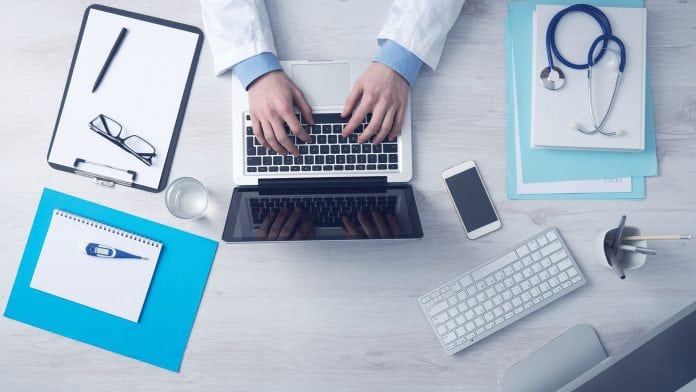 Rapid diagnostic technologies could play a key role in efforts to combat antimicrobial resistance, so why isn’t their uptake being more widely encouraged? Melina Raso, executive director of Health First Europe, sets out the challenges

Estimates put the number of people expected to die by 2050 due to antimicrobial resistance (AMR) at ten million every year.1 The scale of the problem is such that the World Bank has warned that AMR could be no less damaging to the global economy than the 2008 financial crash.2 Against this background, it is clear that more must be done – and soon – to prevent infection and curb antimicrobial misuse.

Health First Europe believes that one solution to the AMR crisis is rapid diagnostic technologies, innovative tools that can assist healthcare professionals in determining which bacteria – if any – are causing an infection, whether they are resistant or susceptible to antibiotics, and which treatment to prescribe.

In a dedicated white paper, published in 2017 and supported by the European Parliament Interest Group on Innovation in Health and Social Care, Health First Europe sets out the value of such technologies, the barriers to their uptake, and the measures needed to realise their potential in the global fight against AMR.

The white paper is our contribution to the debate on antimicrobial resistance, which we felt was sorely lacking a perspective on healthcare innovation. Much of the initial discussion centred on investing in new and better antibiotics; indeed, that was almost the sole focus of the European Commission’s first AMR action plan. At Health First Europe, we don’t believe that is the only solution. Bacteria, by nature, are resistant. A new antibiotic might work for six months or so, but the bacteria it targets would soon develop resistance and the problem would continue.

We would therefore like to see greater investment in and implementation of rapid diagnostic technologies. We believe this would contribute to the fight against antimicrobial resistance in three key ways:

At the moment, when a patient visits their doctor with a sore throat, that doctor has no way to test, rapidly, whether their illness is the result of a virus or bacteria. In the majority of cases, which happen in the community, the doctor often prescribes antibiotics – including broad spectrum antibiotics – based on their observations or previous experience of the symptoms, not because of any actual evidence of bacteria. People end up taking antibiotics for a viral infection, which is completely useless and only contributes to drug resistance. Rapid diagnostic technologies, which are not harmful, would help to reduce this misuse and ensure that antibiotics are only prescribed when necessary.

What factors are holding back the adoption of rapid diagnostic technologies across Europe?

At the European level, we see something of a mismatch between the cost and benefit of rapid diagnostic technologies. These tools should be viewed as a long-term investment, rather than a short-term expense. There’s a gap in understanding there that needs to be addressed, but, unfortunately, the way our healthcare systems are built is not conducive to innovation.

In the white paper, we outlined the results of a three-month pilot project in the Netherlands which found that diagnostic tools resulted in a saving of €22 per patient and reduced antimicrobial prescriptions. We believe we could implement the same interventions on a much larger scale, thereby not only fighting AMR but also saving money for the healthcare systems.

The value of rapid diagnostic technologies is beginning to be recognised. Take for example the Innovative Medicines Initiative (IMI), a public private partnership between the European Commission and the pharmaceutical industry. The IMI used to focus entirely on researching new antibiotics, but now they have issued a funding call on diagnostic technologies. So things are slowly changing, but at the implementation level there is still a long way to go. At the moment, patients don’t even have access to a test if they pay for it themselves.

How can that implementation be improved?

Something we have suggested to the European Commission is to create what we call a market ‘stimulus’ – a funding source similar to that created for the migration crisis. In this way, companies would be encouraged to create simple, affordable diagnostic tools and would in return receive money from a dedicated funding system each time they sold one of their products. This would incentivise companies to devote resources to innovation and enter new products into the market. Another solution could be changing the reimbursement system to encourage uptake of diagnostic tools.

It’s also really important to raise awareness among doctors, patients and politicians. That was one of our aims with the white paper. The general public is still not really aware of the AMR problem, and I fear that politicians do not understand the true scale of it either. At the moment, if there is even a single case of Ebola in Europe, everyone is on red alert, but AMR doesn’t inspire the same reaction, even though it is no less dangerous than Ebola.

If we keep going as we are, by 2050, we will no longer be able to use the antibiotics that we have. We won’t be able to perform surgery or carry out dentistry work – nothing. We will be back in the pre-antibiotic era.

For this reason, we work very closely with the ECDC to support their Antibiotic Awareness Day campaign. It’s vital that we get across the sense of urgency that is somehow missing from current efforts. We need to act now. If we leave it for 20 years, it will be too late.

It’s also really important that everyone plays their part. We need politicians to push for more funding and research, and doctors to call for more tools to assist their work. We also need veterinarians and the farming industry to recognise their role in reducing antibiotic misuse.

We are hopeful that the next European Commission and Parliament will remain committed to the fight against AMR – at the moment that is a bit up in the air. It’s important to recognise that bacteria have no borders. It doesn’t make sense to fight antimicrobial resistance at the national level. It must be a global effort.

To what extent are you satisfied with the focus on innovation and new technologies in the EU’s One Health Action Plan against Antimicrobial Resistance?

Ahead of the action plan being published, we really tried to encourage the European Commission to include a pillar on innovative technologies and the role they can play in the fight against AMR. Thankfully, the Commission was very receptive and as a result the new action plan is much broader in scope. Instead of focusing simply on investing in new antibiotics, it also considers how best we can implement the technologies that are already on the market to reduce misuse.

The new action plan is certainly a good starting point, but there’s no resources behind it. It’s an ambition plan. For the time being, the only funded European Commission initiative is the JAMRAI – the Joint Action on Antimicrobial Resistance and Healthcare-Associated Infections. There has been no money to stimulate innovation, especially when it comes to the implementation of rapid diagnostic technologies.

We have also pointed out several times to the European Commission that the action plan is missing indicators, and that has now been noted in the new AMR report of the European Parliament, as well.3 Of course, we know that health is a national competence and that the EU can’t impose anything on member states, but setting indicators or targets could help to push countries to do better.

Who are Health First Europe?

Non-profit and non-commercial, the alliance is committed to delivering truly patient-centred healthcare, motivated by the belief that every European citizen should benefit from the best medical treatments available.

To this end, it carries out dedicated awareness-raising activities, issues roadmaps and other publications, and organises regular events – all with the aim of making sure that quality, sustainable healthcare is prioritised on the EU health agenda.