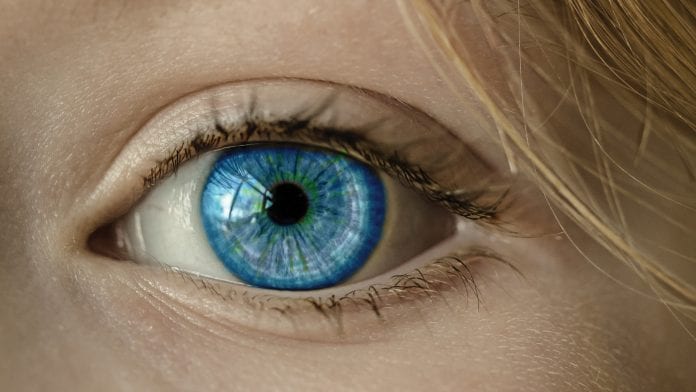 The Institute for Nanotechnology and Advanced Materials (BINA), located in Bar-Ilan University near Tel Aviv, is the largest single nano-research complex in Israel. This vibrant multidisciplinary nanoscience community headed by Professor Dror Fixler from the Faculty of Engineering, comprises over 600 students and 64 faculty members from the fields of biomedicine, engineering sciences, life sciences, physics and chemistry.

Nanomedicine, a main focus of research, has yielded developments of theranostic imaging tools and nano-drugs for combatting antibiotic and antiparasitic resistance to common drugs. Several projects have reached application stage and have already been commercialised. Other research fields include materials science, optics, energy, magnetism and cleantech.

The institute’s claim to fame is its Center for Scientific Instrumentation, which includes state-of-the-art facilities for charged-particle microscopy, nano-fabrication, and surface analysis. The infrastructure is incorporated into a vibration-free invariant zone optimised for nanoscale precision instruments.

Health Europa delves into the world of nanotechnology with Professor Shulamit Michaeli, vice-president for research at Bar-Ilan University.

Nano-Drops was developed as a collaboration between Professor Zeev Zalevsky from the Faculty of Engineering, Dr David Smadja, an ophthalmologist at Jerusalem’s Shaare Zedek Medical Center, and Professor Jean-Paul Lellouche from the Chemistry Department.

The technology fixes blurry vision due to refractive error, enabling people to correct their own vision routinely at home. Refractive error occurs when light isn’t focused accurately onto the retina due to the shape of the eye’s lens, resulting most commonly in nearsightedness, farsightedness, astigmatism or presbyopia. Using the technology, the team reshaped the cornea in the eyes of dead pigs, achieving a correction of up to three diopters.

A patent has been filed by the university’s R&D company, with further fundraising, development and in vivo animal testing coming next, followed by a human trial.

Professor Rachela Popovtzer heads the bioengineering track and the Lab of Nanomedicine in the Faculty of Engineering at Bar-Ilan University, and is a member of BINA. Together with Professor Cyrille Cohen from the Mina and Everard Goodman Faculty of Life Sciences, she has developed a safe technique for accurate prediction of a patient’s response to cancer immunotherapy two days after treatment begins.

When tested on mice, this fast, image-guided method had a double impact:

The technology could serve as an effective diagnostic tool for improving treatment decisions, particularly for patients with advanced cancer, whereby the number of therapeutic options decreases as the disease progresses.

Professor Ehud Banin, a returning scientist from the University of Washington in Seattle, is a member of BINA and a professor at the Mina and Everard Goodman Faculty of Life Sciences.

Together with the Department of Chemistry’s Professor Aharon Gedanken, Banin has developed a technology that utilises sono-chemsitry for coating the surfaces of silicon urinary catheters. They have demonstrated in vitro and in vivo that these coatings can reduce bacterial colonisation and minimise catheter-associated urinary tract infections.

Microbial biofilms are a growth formation of bacterial communities encased in an extracellular polymeric matrix. This enables bacteria to withstand the immune system and antibiotic therapy − perceived by the bacteria as ‘hostile’ conditions.

Utilising ultrasound waves, the team synthesized a bacteria-fighting solution containing zinc-doped copper oxide nanoparticles (NPs) that adhere firmly to surfaces and are highly active against even the most notorious antibiotic-resistant bacteria.

Based on the promising results, this low-cost, non-toxic technology was recently licensed
to two companies that are developing antimicrobial coatings.

Professor Shulamit Michaeli, previous dean of the Mina and Everard Goodman Faculty of Life Sciences, together with Professor Jean Paul Lellouche of the Department of Chemistry,
has developed nanoparticles that combat parasitic diseases.

Iron oxide nanoparticles coated with a polymer were able to kill both Leishmania parasites, which cause skin lesions transmitted by the bite of infected sand flies, and trypanosomatid parasites (Trypanosoma brucei), which cause African sleeping sickness − each within 20 minutes in a culture.

The nanoparticles were shown to eradicate the visceral disease and to cure or prevent
the development of cutaneous lesions in an animal model.

Millions of people in more than 80 countries are under threat of infection by these parasites, including Israel, which has coped with outbreaks of cutaneous leishmaniasis for nearly two decades. The nano-drug is being fabricated in collaboration with an Israeli pharma company and will be tested on patients suffering from the disease.

Dr Doron Gerber, a faculty member at BINA who earned his postdoc at Stanford University, is a world-leading expert in microfluidic devices. His lab engineers these miniature systems to automatically feed tiny quantities of fluids into micron-sized channels. Now, he is developing a technology that will translate big data into personalised patient diagnostics, by correlating high-throughput experiments with patient outcome. This will help doctors choose the optimal treatment option for each patient.

In many treatments, cancer cell sample response to drugs can be clearly correlated with patient outcome. However, there is a significant gap in translating this data into personalised medicine because of insufficient cancer cells available for research.

The new microfluidic device can perform 512 independent experiments simultaneously, requiring only tiny amounts of cancer cells. In a proof of concept, the team was able to measure the viability of cell lines, which were grown on the device for several days, in response to different drug doses. Eventually, the lab intends to test cancer cells from patients and recommend the best drug to be used for treatment.

Shefi’s team engineers these substrates in the form of 2D scaffolds that manipulate neuronal growth through chemical and physical signals. The substrates are patterned with nano-topographic physical cues of different shapes, sizes and materials.

They have shown that micron-scale neuronal processes interact strongly with nanoscale ridges, and that this interaction clearly increases with the height of these cues, which leads to directed neuronal growth along the ridges.

To modify platforms for neuronal regeneration in vivo, they are researching 3D neuronal cultures in a series of hydrogels which they have developed. They have embedded nano-particles in these gels, thereby modifying the gels‘ fibres to function as topographic cues for the neurons. In addition, by adding growth factors in the gels, neuronal differentiation improves, as can be detected morphologically and molecularly.

For inquiries about partnerships with Bar-Ilan University, or usage of the Instrumentation Center, please email the vice-president for research at Vpr.Office@biu.ac.il.