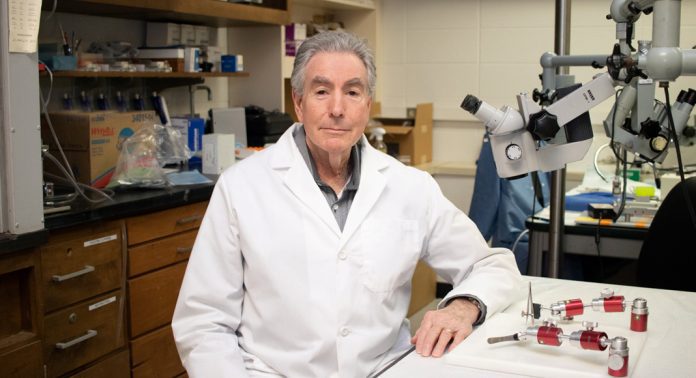 In a groundbreaking development for paralysed people, the revolutionary NVG-291 treatment for spinal cord injury is set to undergo Phase II clinical trials in 2022.

It promises to be a eureka moment for Dr Jerry Silver – one that will have nonetheless taken several decades to come to fruition. The renowned US medical researcher of spinal cord injuries expects to soon find out whether his injectable drug candidate will help paralysed people regain the use of their limbs.

The ability to repair damage to the central nervous system – which controls mobility in our limbs – is a daunting task that has always managed to evade modern science. However, Dr Silver believes he is tantalisingly close to achieving the masterstroke of his illustrious, 40-years-plus career.

His shot at pioneering a blockbuster drug for the ages will be put to the test for the first time in human volunteers, starting in the second half of this year, with the scheduled commencement of Phase II clinical trials.

Known as NVG-291, Dr Silver’s novel lead compound has been designed to revolutionise the treatment of spinal cord injuries (SCI), as well as other diseases that are defined by severe damage to the central nervous system.

This novel peptide-based innovation has been in pre-clinical development for many years at his laboratory at the renowned Case Western Reserve University in Cleveland, Ohio. In his earliest work, Dr Silver garnered headlines in the New York Times as far back as 1987. This is when he first demonstrated to the world that his team was beginning to unlock the secrets to regenerating damaged nerves.

Since its initial discovery in 2013, NVG-291 has revealed itself to be especially therapeutic in animal studies. This is where several peer-reviewed studies were able to clearly demonstrate dramatic functional recovery from spinal cord injury.

A professor of neurosciences, Dr Silver has long been a leading global expert on spinal cord injury. His accomplishments include being a recipient of the Ameritec Prize for significant accomplishments toward a cure for paralysis, as well as the Christopher Reeve — Joan Irvine Research Medal for his seminal, groundbreaking research.

NVG-291 has since been licensed by Dr Silver to NervGen Pharma Corp., a Canadian-headquartered biotech company, with which he is now working closely as a hands-on consultant.

As a well-financed, publicly-traded company, NervGen has been using its financial firepower to accelerate NVG-291’s developmental timeline. To this end, the company just announced that it has entered into a Memorandum of Understanding with Shirley Ryan AbilityLab (SRA) in Chicago to conduct Phase II clinical trials.

To watch a video of the company’s interactive new release on January 10, 2022, click here.

Formerly the Rehabilitation Institute of Chicago, SRA is the global leader in physical medicine and rehabilitation for adults and children with the most severe, complex conditions. This ranges from traumatic brain and spinal cord injury to stroke, amputation, and cancer-related impairment.

This proposed human clinical trial is expected to commence in the second half of 2022 – which will be the true testing ground of NVG-291’s efficacy. The number of patients who will be enrolled in the Chicago study has yet to be announced.

Notably, NervGen will not only be treating acute patients in the trial but also chronic patients, which are not normally included in such trials due to the extreme challenge their condition represents for any new drug. However, Dr Silver says that NVG-291 has the potential to achieve significant results for both acute and chronic SCI patients.

According to Dr Monica Perez, Scientific Chair, Arms and Hands Lab at SRA, these Phase II clinical trials have the potential to be truly disruptive.

“We have been following the work by Dr Silver for years and are thrilled to be the first clinic working with NervGen in SCI patients. The ability of NVG-291 to demonstrate a significant recovery in motor function, sensory function and bladder control in animal models is exceptional,” she said in a January 10 NervGen news release.

“If these results translate to patients, NVG-291 will redefine therapy in spinal cord injury and provide hope to patients that currently have limited options to assist in their recovery.”

In two independent animal studies, published in Nature in 2013 and Experimental Neurology in 2018, NVG-291 demonstrated a high rate of recovery from SCI in laboratory rats. In fact, some animals experienced a near-complete restoration of mobility and/or bladder function.

NervGen’s President & CEO Paul Brennan said in the same news release that the upcoming Phase II trial will “give the spinal cord injury community a real reason for hope.”

“Our recent interim data from the single ascending dose portion of our Phase I clinical study was very encouraging, and we’re looking forward to completing this study in the first half of 2022.”

He added: “In addition to initiating this important clinical trial in spinal cord injury, the company plans to leverage the same powerful mechanism of action demonstrated by NVG-291 to conduct studies by the end of 2022 for the treatment of both Alzheimer’s disease and multiple sclerosis patients.”

In essence, NVG-291 was designed to inhibit the mechanisms that prevent the body from repairing itself. Reducing these obstructive chemical signals makes it possible for “neuroplasticity” to take place in damaged neurons, which entails nerves rewiring existing connections and making new connections.

It also facilitates “axonal regeneration”, which involves severed nerve fibres re-connecting with other nerves. And it leads to “remyelination”, which is the repair of damage that inhibits neurons’ ability to send their signals efficiently.

Perhaps the most dynamic part of this three-pronged repair process is the promotion of neuroplasticity in damaged nerve cells, leading to the creation of new neural pathways, known as “sprouting”.

Dr Silver says he is unaware of any other in-development drugs that can empower healthy neurons to thrive sufficiently enough to functionally compensate for all the dead proximal neurons in the brain or spinal column.

In other words, NVG-291 allows the regenerative healing process to be led by sprouting — the rejuvenation of all the healthy neurons (including a marked improvement in synaptic activity) at the site of injuries, even longstanding ones.

Most importantly of all, Dr Silver has shown that the nervous systems of his laboratory rats were able to repair themselves and sprout new neural pathways, allowing them to walk again with almost no impairment and even to climb ladders.

Currently, those suffering from a spinal cord injury find no meaningful relief from existing medications as there are none that have been approved by the FDA

Dr Silver’s resolute conviction in NVG-291’s prospects for success in Phase II clinical trials offers renewed hope for the estimated 300,000 to 500,000 North Americans who dream of one-day regaining sensation and motor function in their paralysed limbs. This is similarly the case for more than a million Americans who have debilitating peripheral nerve injuries.

Besides treating spinal cord injury, this new drug mechanism has also shown considerable promise in the treatment of multiple sclerosis (MS), traumatic brain injury, stroke, and even Alzheimer’s disease. All told, it offers new hope to tens of millions of sufferers of neurodegenerative diseases worldwide.

What is At Stake?

It is worth reiterating that no drugs have to date ever before been approved anywhere in the world for nerve repair. This means that NervGen’s Phase II clinical trial could set the stage for the launch of a game-changing new class of drugs.

This is why so many patients around the world with unmet medical needs due to damage to their central nervous system will be anxious for signs of encouragement from this year’s planned Phase II clinical trials.

Accordingly, the stakes are sky-high. Yet, Dr Silver says he is not trepidatious ahead of this landmark human trial. Part of his reasoning is that rodents have remarkably similar nervous systems to humans and respond to treatment to spinal cord injuries in a similar manner.

He says: “The recovery that we’ve seen in laboratory rats is nothing short of spectacular, especially when high doses were used. We’ve seen rats going from being completely paralysed to walking again without any apparent impairment. It is worth noting that my work has been very successfully replicated in Germany by independent researchers using doses fifty-fold higher than we used.”

Even in such high doses, the rats did not experience any toxicity, according to the German study results. Dr Silver is expecting the ongoing Phase I clinical trials for NVG-291 (testing for safety) to generate similar results.

He says: “This molecule is already being tested for toxicity in Phase I trials, and so far, it has been well tolerated by the trial subjects. And it is proving to be more stable in the human bloodstream than with rats, which has been a very nice surprise. It also seems to stay in the body much longer than with rats, which is also a very good development.

“If we can prove that we can get NVG-291 into the brain and spinal cord, then it’s going to do some magical things. We’ve already seen that being achieved in our animal models. When we start injecting people, we’re hoping to see them recover. Remember that the robustness of recovery that we’ve seen in animal models is unprecedented. If we are able to see something similar with humans, that would be remarkable.” 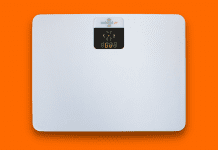 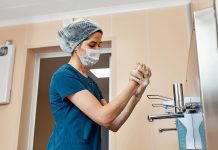 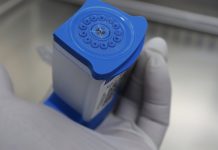 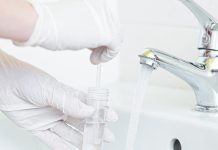 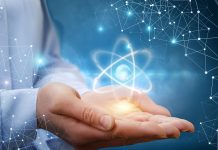 Defence Therapeutics: Accelerating the fight against cancer and infectious diseases

Why we need urgent action on prostate cancer