In a study of patients with autism researchers have shown that cannabis as a treatment for autism spectrum disorders appears to be beneficial.

The study looked at the link between the use of medical cannabis and autism behavioural improvements in children with autism, who are 18 years old and under, and found cannabis to be a well-tolerated, safe and effective option to relieve symptoms including seizures, tics, depression, restlessness, and rage attacks.

The researchers from Ben-Gurion University of the Negev (BGU) and Soroka University Medical Center reported that after six months of treatment that 80% of participants reported some level of improvement.

Autistic Spectrum Disorder (ASD) is an extensive developmental disorder that is expressed in almost all dimensions of the child’s development. It is now common to refer to this disorder as a wide range of Pervasive Developmental Disorders (PDD) in which there are various manifestations and symptoms.

BGU’s Dr Gal Meiri of the Negev Autism Center, said: “We analysed the data prospectively collected as part of the treatment program of 188 ASD patients treated with medical cannabis between 2015 and 2017. The treatment in majority of the patients was based on cannabis oil containing 30% cannabidiol oil (CBD) and 1.5% tetrahydrocannabinol (THC). Symptoms, patient global assessment and side effects at six months were primary outcomes of interest and were assessed by structured questionnaires.”

The study was published in Scientific Reports and showed that after six months of treatment, 30% of patients reported a significant improvement, 53.7% reported moderate improvement, and only 15% had slight or no change.

Improvements in quality of life

Dr Victor Novack, of the BGU-Soroka Clinical Cannabis Research Institute, said: “While this study suggest that cannabis treatment is safe and can improve ASD symptoms and improve ASD patients’ quality of life, we believe that double blind placebo-controlled trials are crucial for a better understanding of the cannabis effect on ASD patients.” 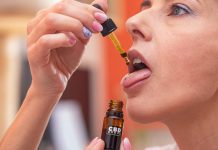 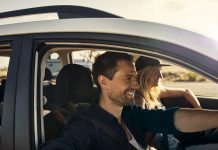 More adolescents are vaping cannabis than ever before