The extended children’s hospital waiting lists can be detrimental for children. The waits can affect children’s mental and physical development at a critical time of their lives. Paediatricians and child health teams continue to work hard to treat and care for children experiencing long wait lists.

The following data was curated by the Royal College of Paediatrics and Child Health.

The data released by the NHS covers the month of April 2022 and shows:

President of the Royal College of Paediatrics and Child Health, Dr Camilla Kingdon, said: “It is very disturbing that in the past 12 months, more than 100,000 more children have been added to the NHS waiting list. With more than 350,000 children and young people waiting for care, we have to find a way of addressing this immense need for them and their families, and we need to start prioritising them so that they can have the prospect of a healthy childhood.

“It’s important to bear in mind that these are just the number on the list who are recorded and counted. There are a series of hidden waiting times for community care. Paediatricians are working extremely hard to see as many children and young people as possible but the pandemic has carried in its wake a burden of young needs that we cannot address. Ministers must now take urgent steps to prioritise their care and capitalise on every opportunity to innovate and transform care. Lengthy waits are unacceptable for any patient but for children and young people waits can be catastrophic as many treatments need to be given by a specific age or developmental stage. It is not the same as for adults. If you miss the right window to treat a child or wait too long the consequences can be irrevocable.”

Calling upon the government

The RCPCH is calling upon the government to supply the following:

RCPCH Vice President for Policy, Dr Mike McKean, said: “Long delays cause serious issues for children and young people, but delays also spark secondary consequences which can be stark for children and their families.

“In recent times, I’ve been made aware of a child with vulnerable breathing and spinal scoliosis. She deteriorated through the pandemic to the point she could no longer sit down or go to school. To improve her quality of life and get her back to school a major surgery was required, but while waiting, the surgery was cancelled four times – and was all down to the recurrent pressures on intensive care.

“In this case, she had already missed more school than was necessary, setting her back in her education and struggling to catch up. The delay also meant her parents missed time off work, and her sibling’s mental health was impacted, also leading to their missing school.

“Paediatricians are working immensely hard, but without further support, the workforce will struggle to close these long delays. This will impact Britain for the long haul. We urgently need roll out and full funding of the 15-year NHS workforce strategy announced by the chancellor yesterday with specific inclusions around paediatrics and child health to protect children, young people and their families from lasting consequences.” 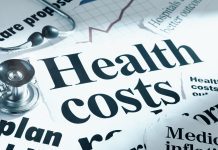 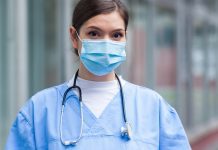