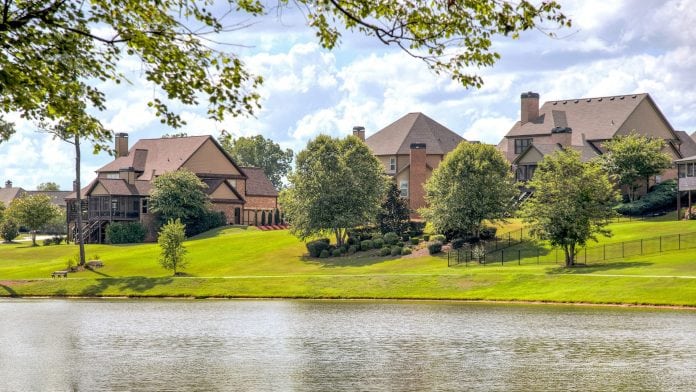 Elderly people living in greener neighbourhoods have been found to present slower cognitive decline, a new study by the Barcelona Institute for Global Health (ISGlobal) reveals.

The study, which followed 6,500 people aged 45 to 68 years in the UK for a decade, suggests that exposure to greener neighbourhoods does have an impact on overall rate of cognitive decline.

In particular, the research showed that the loss in cognitive functions expected as part of the ageing process is slightly lower in people who live in greener areas.

How did they test for cognitive decline?

At three different time points in the study, the participants completed a selection of cognitive tests that assessed their:

The neighbourhood greenspace for each participant was estimated using satellite images.

What are the benefits of greener surroundings?

First author of the study and ISGlobal researcher Carmen de Keijzer said: “There is evidence that the risk for dementia and cognitive decline can be affected by exposure to urban-related environmental hazards (such as air pollution and noise) and lifestyle (such as stress and sedentary behaviour).

“In contrast, living near green spaces has been proposed to increase physical activity and social support, reduce stress, and mitigate exposure to air pollution and noise. Recent evidence has shown cognitive benefits of green space exposure in children, but studies on the possible relations of exposure to green spaces and cognitive decline in older adults are still very scarce and often have inconsistent results.”

Keijzer added: “Our data show that the decline in the cognitive score after the ten-year follow up was 4.6% smaller in participants living in greener neighbourhoods. Interestingly enough, the observed associations were stronger among women, which makes us think that these relations might be modified by gender.”

Payam Dadvand, ISGlobal researcher and last author of the study, concluded: “The proportion of people over 60 years old in the world is expected to nearly double between 2015 and 2050, and the number of dementia cases has been predicted to grow at a similar pace worldwide.

“Although the differences in cognitive decline observed in our study are modest at individual level, they become much more significant if we consider these findings at population level.”

He added: “If confirmed by future studies, our results may provide an evidence base for implementing targeted interventions aimed at decelerating cognitive decline in older adults residing in urban areas and hence improving their quality of life.”

NHS surgical waiting lists set to triple in England by 2030

Smart global healthcare and the future of MedTech