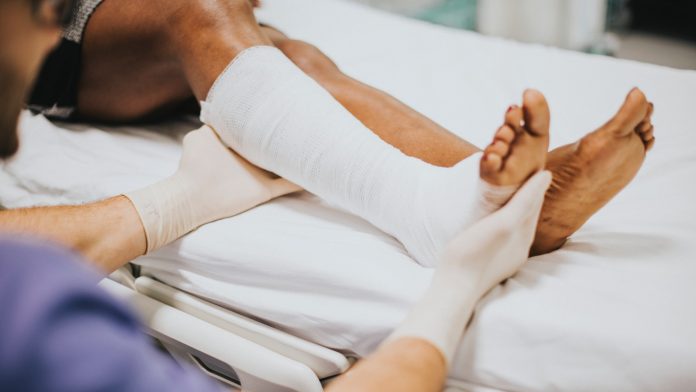 The University of Nottingham has received funding to start the process of creating a disposable smart bandage that uses fibre optic sensors to monitor bio-markers that indicate the stage of healing.

The new development monitors temperature, humidity and pH which will also help medical caregivers determine if any infection is present.

In recent years, wounds that take more than four weeks to heal have become more common across the globe. This coincides with a rise in people over the age of 65 years old as well as an increase in type 2 diabetes, a main contributor to non-healing wound.

Although wound care technologies are improving, the number of cases of infected non-healing wounds that have led to below the knee amputation, is on the rise throughout the United Kingdom and The United States of America.

Smart bandages have the capabilities to monitor the wound healing process by assessing the wound environment that presents very different characteristics at different stages of healing. This would reduce the need to remove bandages and potentially disturb the wound. Additionally, it could also help create a more efficient hospital environment as caregivers can reduce the time spent treating individual patients.

A new method of using electro-chemical biosensors has been established by academics at The University of New York at Binghamton. Such method is used to monitor the lactation and oxygen levels within the wound itself.

Can bandages be used to treat the wound itself?

Due to the constant contact with the wound there is an opportunity for bandages to take an active role in treating wounds and possibly contribute to the healing process.

This opportunity has been seized by researchers at Ohio State University. They have developed of method of applying electrical pulses.

Researchers have found that this new method can help to treat bio-film infection. This is because the electric pulses have been found to kill bacteria which typically would stunt the healing process and often result in amputation.

Future bandages could both treat and monitor

Tufts University have recently published their finding in experimenting with a smart bandage that not only monitors but treats severe wounds. The smart bandage sensors the temperature and pH. In addition to monitoring the wound, the smart bandage contains a thermo-responsive hydrogen drug delivery system.