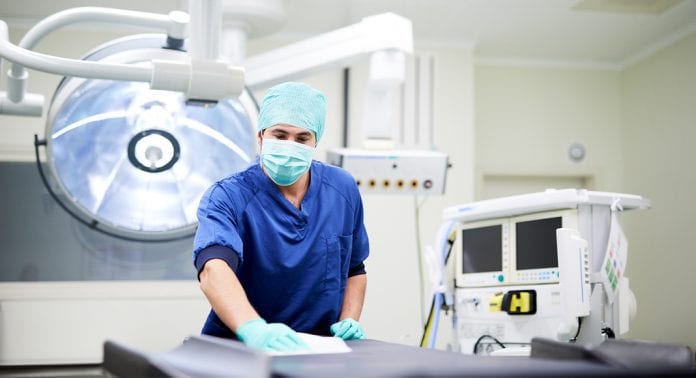 The increasing media attention on the SARS-CoV-2 variants identified in the UK, South Africa, and Brazil has raised concerns about the effectiveness of disinfectant and alcohol-based hand rubs on these variants. This article will explain the issues and the expected efficacy of recommended environmental hygiene products in combating the new variants of COVID-19.

SARS-CoV-2 is a positive-sense, single-stranded RNA virus which is the cause of COVID-19 in animals and people. The COVID-19 pandemic has raised awareness of risks associated with virus mutation and the ways in which these mutations may impact the efficacy of public health non-pharmaceutical interventions (NPIs), including the use of alcohol-based hand rub and hard surface disinfectants. While environmental transmission of the virus via hands and surfaces is considered a secondary route of transmission when compared to respiratory droplets, an estimated 10% of SARS-CoV-2 infections occur via contaminated hands or environmental surfaces (Ferretti, 20201).

Viral mutation is a common occurrence

Viruses mutate naturally and regularly over time as a result of enzymatic proofreading mistakes during replication. Most RNA viruses tend to collect mutations more frequently than DNA viruses, due to their relative lack of proofreading activity. Coronaviruses, however, are an exception to this rule. Their RNA tends to collect fewer mutations than other RNA viruses, because coronaviruses do have enzyme proofreading activity – although they can still collect mutations over time (Lauring, 20212). When a virus accumulates a certain number of mutations, it is identified as a unique variant and placed on the phylogenetic tree as a separate branch. Variants that have different biological properties, such as antigenicity, transmissibility or virulence, are identified as a separate strain; while variants with the same biological properties as the original virus remain as a distinct variant (Ibid).

Mutations in the original outbreak

In January 2020 SARS-CoV-2 was identified as the pathogen causing atypical pneumonia in patients in Wuhan, China. Spread of the virus from Southeast Asia to the rest of the world occurred in a matter of weeks. Major outbreaks occurred in Europe in February and in North America in March. The initial phase of whole genome sequencing work which began in early 2020 was already able to identify a number of distinct variants; and throughout 2020 a range of variants were identified, including D614G, 614D, Y453F, 19A, 19B, 20A, 20A.EU1, 20A.EU2, and 20B (Ibid). In the USA, the outbreak on the West Coast was associated primarily with the variant most related to isolates identified in Wuhan, whereas the outbreak on the East Coast was predominantly associated with variants which had been isolated in Europe (Koyama, 20203).

In late 2020, the World Health Organization (WHO) published a bulletin (Koyama, 2020) summarising the known variants in circulation. In order to isolate and identify these variants, WHO researchers tested 10,022 patient samples from 68 countries across the world and performed whole genome sequencing, yielding 65,776 variants – a particular sample of virus can have more than one group of mutations – which indicated a significant amount of genetic diversity over the course of a year.

Koyama aggregated the data as having six major clades (groups of variants) with 14 subclades. Genetic diversity in a virus is not unusual; and SARS-CoV-2 is no exception.

Mutations of concern in early 2021

By early 2021, researchers had identified a number of variants were believed to potentially spread more easily than others This includes:

In each of these countries, these new variants are displacing other variants rapidly. Some have suggested they may be more transmissible. However, epidemiological data alone (looking at which variants are in a population) is not a good way to assess transmissibility; as the founder effect – the reduction in genetic variation which occurs when a small segment of a larger population is used to establish a new colony – and other factors may account for variant displacement and higher case counts, rather than new biological properties. Initial studies in cell cultures show these variants could potentially be more efficient at binding with human cells, but there are limits to what we can extrapolate from cell culture experiments.

It is not clear whether these variants cause more severe disease or a higher risk of death, but preliminary evidence from the UK found that B.1.1.7 did not cause significant variation in rates of infection in a 28-day case fatality study (Public Health England, 20204). This remains a key question for infectious disease agencies around the world.

Both the WHO and the European Centre for Disease Prevention and Control (ECDC) recommend frequent hand hygiene routines and the use of government-approved disinfectants to help address the risk of environmental transmission of SARS-CoV-2.

Alcohol-based hand rubs (ABHR) and hard surface disinfectants (HSD) work by non-specific modes of action involving chemical reactions with pathogens. The variants of SARS-CoV-2 have not demonstrated, and are not likely to have, any new biological properties which could make them more resistant to ABHR or HSD.

The CEN standards relate to only a limited range of microbial species. These have been chosen as representative species, taking into account their relative resistance and their relevance to practical use. For virucidal efficacy, the EN methods allow three levels of claims. A manufacturer can claim efficacy against:

To determine the effectiveness of a disinfectant, the European Committee for Standardisation (CEN) standard EN 14476 defines viruses which are considered the most resistant strains. A pass against Modified Vaccinia Ankara (MVA) and/or norovirus, adenovirus and poliovirus demonstrates that a disinfectant used under specified conditions will be effective in protecting against all known coronaviruses.

To achieve the EN 14476 standard for virucidal efficacy, disinfectants have to be evaluated and approved within accredited third-party laboratories. Diversey’s surface cleaner disinfection range, Oxivir Excel and Oxivir Sporicide products are based on Accelerated Hydrogen Peroxide (AHP®). AHP technology is a patented method of combining an acid, surfactant, and chelant with hydrogen peroxide to achieve significantly higher levels of antimicrobial efficacy which cannot be obtained from traditional hydrogen peroxide disinfectants.  All Diversey’s Oxivir Excel surface cleaner disinfectants have passed EN14476 and have proven full virucidal efficacy within only 30 seconds in dirty conditions.

The WHO is conducting testing on disinfectants which have been approved for use against the novel coronavirus, SARS-CoV-2, in order to confirm that these disinfectants will also be effective against the new variants of the virus. It states on its website that current disease control measures are believed to continue to be effective (WHO, 20205), recommending no changes in environmental hygiene practices.

Despite concerns that new virus variants for SARS-CoV-2 may be more transmissible, use of currently approved surface disinfectants and officially recommended alcohol-based hand rubs are believed to be equally effective against these new variants. The public health practices currently in place, including hand hygiene and hard surface cleaning and disinfection, should continue to be performed until there is evidence that changes are needed.

Use biocides and disinfectants safely. Always read the label and product information before use. 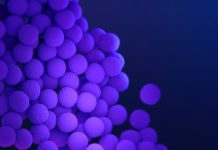 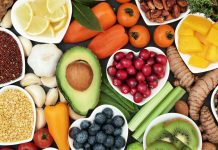 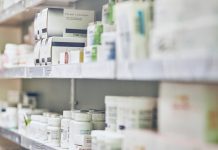 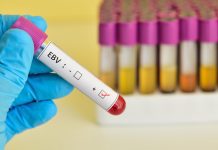