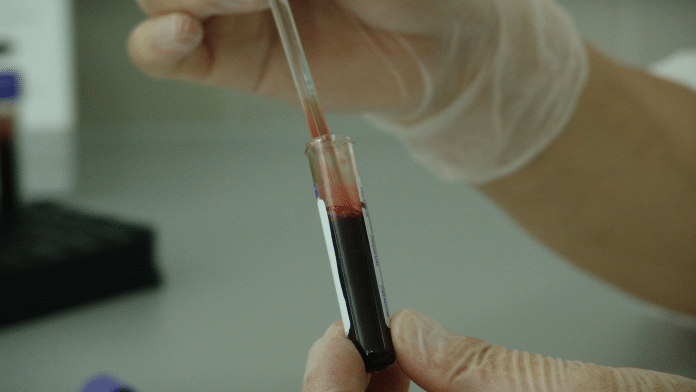 According to research published in the journal Clinical Cancer Research, a marker in the blood could help predict the risk that a person will develop kidney cancer.

Kidney cancer is the seventh most common cancer in the UK and cases are on the rise. When diagnosed at its earliest stage, more than eight in ten people will survive their disease for five years or more.

More than four in ten cases in England are diagnosed at a late stage; however, just one in ten people survive kidney cancer when diagnosed at the latest stage.

Researchers found that measuring levels of a protein molecule in the blood, called KIM-1, could indicate whether a person was more likely to develop kidney cancer over the following five years. Data also showed that the greater the concentration of KIM-1, the higher their risk of developing kidney cancer.

“KIM-1 is the only blood biomarker shown prospectively to distinguish between people at high and low risk of kidney cancer.”

Moreover, KIM-1 levels were also found to be linked with poor survival, as those with the highest levels in their blood were less likely to survive.

It’s vital to detect kidney disease in its early stages

Diagnosing the disease earlier has the potential to boost survival, but the majority of early-stage tumours do not present symptoms and many cases are picked up incidentally during imaging for a range of other health conditions.

“There is a pressing need to shift kidney cancer diagnoses towards earlier stages, when treatment is more likely to be successful, and this promising research is progress towards that goal. This work is still in early stages, so prospective studies of larger populations are needed before this approach could be widely adopted.”

Could we rule out the disease?

In the future, the scientists think that testing for blood KIM-1 levels could be used alongside imaging to confirm suspicions of kidney cancer or help to rule out the disease.

“The next steps are to look more closely at whether KIM-1 levels can help detect tumours that have a good prognosis,” said Muller.

This research could also potentially find out if it could be used as a tool to track whether a patient’s treatment is working.