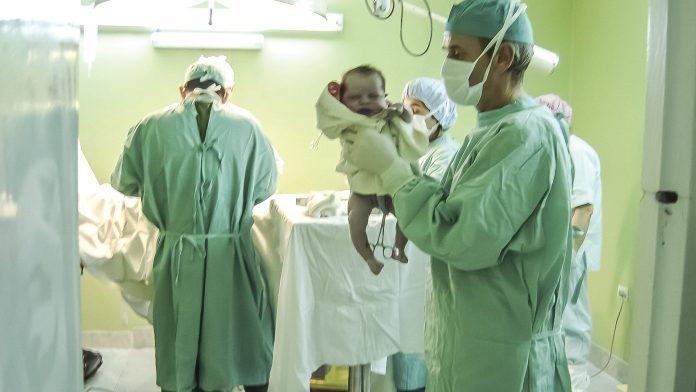 Health Europa Quarterly discusses some of the research discoveries showcased at the Excellence in Paediatrics conference.

The ninth Excellence in Paediatrics (EIP) conference was held in Vienna, Austria, from 7-9 December. The conference saw more than 90 of the foremost experts in paediatrics, neonatology, and adolescent health outline cutting-edge research. The event also featured more than 150 abstract presenters, detailing case reports and discoveries over nine hours of presentations.

Sessions were divided into five parallel topics, which comprehensively covered a number of practical areas that are vital to the day-to-day needs of every paediatric healthcare professional. The topics discussed at the conference were:

The programme ranged from research into the practical considerations of diagnosis in a number of cases, to the need for close collaboration between disciplines to identify the most effective treatment options, to an overview of improving confidence and bedside manner when dealing with children and families.

Here, Health Europa Quarterly highlights some of the vital research that was presented at the conference, and celebrates some of the cutting-edge developments that are changing the face of paediatrics in Europe and beyond.

In the field of metabolic disorders, two researchers based in Ireland undertook a small study to investigate hypercalcaemia. Kene Ebuka Maduemem and Comfort Adedokun, respectively from the Department of Paediatrics and Department of Emergency Medicine at Cork University Hospital, delivered a presentation on hypercalcaemia in children, and discussed presenting features of the disorder, the effectiveness of various treatment options, and how these are changing.

Hypercalcaemia is a metabolic disorder which is uncommon in children, and which varies with age. It is sometimes difficult to diagnose, as clinical features of the disorder can be nonspecific in newborns and infants. Further, the differential diagnosis varies depending on the age of the patient when diagnosed. Therefore, the condition is often discovered when children are diagnosed with failure-to-thrive (FTT), also known as faltering weight. In these situations, hypercalcaemia is often found when a chemistry panel is used to evaluate FTT symptoms.

During the EIP presentation, Maduemem and Adedokun delivered their case report, which describes the diagnosis, treatment and outcome of eight children with hypercalcaemia. The children, who attended a regional paediatric centre, included two males and six females, whose ages ranged from 0.07-14.7 years.

FTT was a presenting feature in 50% of the cases that the researchers reviewed. The second most common presenting feature was incidental renal ultrasound finding posturinary tract infection. This appeared in three of the eight cases (37%), and abdominal symptoms were also a factor in one patient’s case.

The primary aetiology behind the symptoms in these cases was idiopathic infantile hypercalcaemia, which was the cause in 50% of the cases. Primary hyperparathyroidism was the cause of one case, and Williams-Beuren syndrome was the aetiology of the final three.

How can it be treated?

Treatment options were also explored as an element of the research Maduemem and Adedokun presented at EIP, as were resultant complications. Treatment includes:

In all of the cases the researchers assessed, patients received intravenous fluids and loop diuretic. The team’s research found that these treatment options – along with glucocorticoids, a low calcium diet and steroids – are traditionally the most common.

However, the use of bisphosphonates is gaining recognition in paediatric medicine. In half of the cases they looked at, Maduemem and Adedokun found that bisphosphonates restored normocalcaemia in half of cases with recalcitrant hypercalcaemia.

Bilateral medullary nephrocalcinosis was a complication in seven out of the eight cases assessed in the report. The researchers also highlighted that in situations where the disorder manifests as part of another condition, hypercalcaemia can be addressed by treating the underlying disease.

In a separate presentation, a team from the Hospital Centre of Vila Nova de Gaia, Portugal, investigated glycerol kinase deficiency, or GKD. The condition is a rare X-linked recessive disorder – meaning it originates in a mutation in a gene on the X chromosome – which causes a loss of function of the glycerol kinase enzyme. The enzyme catalyses the phosphorylation of dietary glycerol to glycerol-3-phosphate, which is vital for lipids synthesis, and this loss of function causes hyperglycerolaemia and glyceroluria.

The researchers reported on the case study of an 18-month-old boy, who was referred to a neurodevelopmental outpatient department as certain stages of psychomotor development appeared delayed. A physical examination determined there were no dysmorphic features and a growth assessment was normal, although there was significant hypotonia considering the child’s age.

How was GKD diagnosed?

Ultimately, a urine organic acid analysis revealed a high urine glycerol level, and through genetic identification of GK mutation, a diagnosis of GKD was confirmed. The child began a carbohydrate-reinforced diet, and, following this, slow progressive improvement was noted. No metabolic crises or clinical hypoglycaemic episodes had yet been registered in the case when the research was presented.

The conclusion drawn by the paediatricians in question was that despite normal, comprehensive metabolic neonatal screening, inborn errors of metabolism should be considered in the differential diagnosis of global developmental delay when key biochemical markers – such as lipid or muscular enzyme abnormalities – are present. The team could not determine the pathogenesis of psychomotor impairment in GKD, but hypothesised that subclinical episodes of hypoglycaemia may be a mechanism, subject to further testing.
Overall, a multidisciplinary and dietetic approach is needed to manage all of the potential complications – such as metabolic decompensation during illness or fasting and impaired development – of a GKD diagnosis.

What about ethical concerns in paediatrics?

A team of two researchers from the northwest region of the UK, Lauren Edwards and Anindya Mukherkee, meanwhile presented research which highlighted the need to ensure the safety of children when dealing with conflicting professional opinions on the causes of symptoms.

This was particularly sensitive in the case that the team presented, which centred on a child who had sustained a potentially non-accidental injury; the research discussed the need to pursue all potential diagnoses and to prioritise the health of the child.

The three-year-old boy was presented to hospital with a left femoral spiral fracture and a bowing fracture of the left fibula. The child had a history of multiple previous fractures, and in view of this – as well as the concern that the injuries might be non-accidental – the paediatricians admitted the patient for a skeletal survey.

The scan revealed a posterior rib fracture, dated between two to three weeks old, which further raised suspicion, and the boy’s doctors, concerned about his safety, discovered that the fractures had occurred at different times while the boy was in the care of different family members.

How did the paediatricians respond?

The results of the skeletal scan also suggested another possibility: that the boy might suffer from low bone density. A blood test revealed a normal full blood count, liver function and bone profile, leading doctors to discuss the case with a local and tertiary paediatric radiology team. The team warned that the lack of symptoms of a bone density condition, and the posterior location of the rib fractures, indicated the potential that the injuries were non-accidental. However, the regional metabolic bone disorders team remained convinced that there were presenting symptoms of low bone density.

The paediatricians in question were faced with what they referred to as a double-edged sword in terms of ethical considerations; either the child had been subject to non-accidental injury caused by at least one family member, or he was suffering from a condition which would result in long-term health problems.

The child was placed in the care of a grandmother, with whom no fractures were known to have occurred. When results came back three months later, they revealed a diagnosis of osteogenesis imperfecta (OI) type four in the child. OI is a genetic bone disorder characterised by fragile bones, and type four can range in severity from relatively few fractures to a high degree of bone fragility.

What did the researchers conclude?

The Osteogenesis Imperfecta Foundation warns that family members should carry documentation of an OI diagnosis because the symptoms resemble those of children suffering physical abuse. This is complicated by the fact that type four OI is often diagnosed later than other forms, and may not even present until the child is walking.
The research team insisted that doctors should acknowledge the stress placed on a family when a child undergoes a safeguarding assessment, and the additional impact of the diagnosis of a long-term health condition. However, ultimately it is the responsibility of paediatricians to prioritise the safety of patients above these other concerns.

In a later presentation, researchers from Sri Lanka investigated the impact of the prescription of vitamin D supplements on obese children who were vitamin D deficient, through a randomised clinical trial. The vitamin is vital for bone metabolism, insulin secretion and maintaining glucose homeostasis, and a vitamin D deficiency is common among obese people with micronutrient deficiencies.

The team recruited 95 children with obesity and vitamin D deficiencies for a triple blind randomised controlled trial, in which subjects were randomly allocated to either a treatment, supplement, or control group. 33 children were assigned to the supplement group, while 31 each were allocated to the control group – which received a placebo – and the treatment group.

After a 12-hour overnight fast, subjects gave blood samples for analysis of blood glucose, insulin, lipid profile, vitamin D, and certain hormones and blood enzymes. Then, the children in the treatment group received 50,000 IU of vitamin D2 each week over a period of 24 weeks. The children in the supplementation group received 2,500 IU a week, while those in the control group were given a placebo. Doctors followed up with all of the subjects in monthly sessions.

What did the results show?

One intriguing result was that vitamin D levels improved in all three groups, although once again the improvement in the treatment group was the most significant. The team determined that, because the improvement seen in the placebo group and supplement group were similar, it is possible that this was caused by dietary advice that was provided during the study. A change in feeding habits based on this advice would explain the reduction in fat mass, and could subsequently improve vitamin D absorption in the children.

By the end of the study, 33% of the treatment group had sufficient levels of vitamin D, while the other groups had a rate of around 10%. This led the team to conclude that a strict dietary and physical activity regimen could improve vitamin D status – and potentially address other micronutrient deficiencies – in obese children. Further, high dose vitamin D treatment enhances those improvements. Therefore, the team recommended that additional large-scale studies are needed.

What can we learn from the EIP conference?

Ultimately the breadth of topics covered by the EIP conference programme indicates how complicated and multifaceted the field of paediatrics is. Many of the research papers presented at the conference represent only stepping stones towards a broader understanding of disorders that affect children. Through summits such as EIP, practitioners, researchers and other professionals can gather and share their discoveries, and this type of collaboration allows everyone to benefit from the progress that is being made in every area of research. With the discoveries presented this year, it is clear that many significant advances have been made across the world towards improving child health.