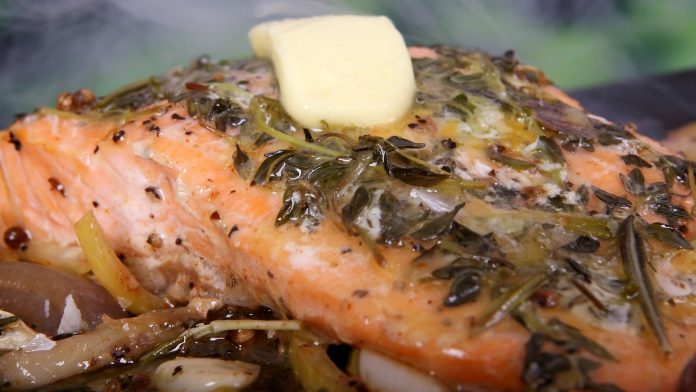 A potential link has been found between consumption of fish and the prevention of Parkinson’s disease, according to a new study from Chalmers University of Technology, Sweden.

Fish has long been considered a healthy food, with a link to improved cognitive health due to Omega-3, -6 and fatty acids. However, scientific research has drawn mixed conclusions. Now, new findings have discovered the benefits of fish consumption to preventing Parkinson’s disease.

A protein known as parvalbumin, which can be found in several different fish species, has been shown to help prevent the formation of certain protein structures closely associated with Parkinson’s disease.

The neurodegenerative disease is recognised with amyloid formation of a human protein called alpha-synuclein, often referred to as the ‘Parkinson’s protein’.

What the Chalmers researchers have now discovered is that parvalbumin can form amyloid structures that bind together with the alpha-synuclein protein.

Parvalbumin scavenges the alpha-synuclein proteins, using them for its own purposes, therefore preventing them from forming their own potentially harmful amyloids at a later point.

Pernilla Wittung-Stafshede, professor and head of the Chemical Biology Division at Chalmers, explained: “Parvalbumin collects up the ‘Parkinson’s protein’ and actually prevents it from aggregating, simply by aggregating itself first.”

Which fish is parvalbumin found in?

The parvalbumin protein is highly abundant in certain species of fish, which include:

Nathalie Scheers, assistant professor in the Department of Biology and Biological Engineering, and researcher on the study, said: “Fish is normally a lot more nutritious at the end of the summer, because of increased metabolic activity. Levels of parvalbumin are much higher in fish after they have had a lot of sun, so it could be worthwhile increasing consumption during autumn.”

Influence on other neurodegenerative diseases

Other neurodegenerative diseases, including Alzheimer’s, Huntington’s disease and ALS, are also caused by amyloid structures interfering in the brain.

This has made the team keen to research the topic further to see if the discovery relating to Parkinson’s disease could have implications for other neurodegenerative disorders as well.

Stafshede concluded: “These diseases come with age, and people are living longer and longer. There’s going to be an explosion of these diseases in the future – and the scary part is that we currently have no cures. So, we need to follow up on anything that looks promising.”