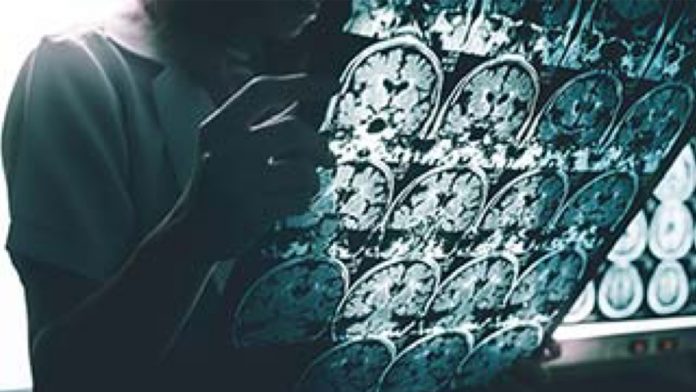 An injectable compound that is currently in a Phase 1 human safety clinical trial was shown in animal studies to repair the devastating brain damage caused by stroke. It even worked a full week after the onset of a stroke. In other words, human victims might someday be able to regain or improve bodily functions using this new stroke treatment, including key cognitive abilities.

The remarkable discovery that a faulty central nervous system can be repaired at a cellular level in trial animals is the subject of a white paper study that was just published in the peer-reviewed scientific publication, Cell Reports. The study discusses how rodents that were given an experimentally induced stroke exhibited significantly improved motor and sensory function after the injected stroke treatment.

Such encouraging developments are sure to be closely watched by the medical research community and pharmaceutical industry alike. This is due to the daunting challenge at hand. During an ischemic stroke (the most common kind, which is caused by a clot in the brain’s blood vessels), there is a mass die-off of brain cells, leading to life-changing brain damage. In humans, this amounts to around two million brain cells perishing every minute post-injury.

To make matters worse, current stroke treatments on the market can only ‘modify’ (slow down or lessen) the destructive effects on the human body caused by the mass die-off of neurons in either the brain or the spinal cord.

What makes stroke so devastating is that it either significantly impairs the flow of blood to the brain or it involves the rupture of blood vessels in the brain (called a hemorrhagic stroke). In either case, there is the mass death of neurons that short-circuits the body’s central nervous system.

Both types of stroke can result in substantial and debilitating loss of motor, sensory, visual, language, speech, balance and difficulty with coordination, walking and cognitive function.

All told, millions of North Americans who have experienced severe damage to the central nervous system have been afflicted with such devastatingly debilitating diseases as stroke, multiple sclerosis, and Alzheimer’s disease. A smaller but significant number of North Americans have experienced a serious spinal cord injury or traumatic brain injury.

Accordingly, the management of these chronic conditions costs the healthcare system billions of dollars each year, which is mostly spent on managing physically debilitating symptoms that typically get inexorably worse.

The studies were conducted by a small Canadian-headquartered life sciences company called NervGen Pharma Corp. It hopes that its drug candidate – NVG-291 – has the ‘blockbuster drug’ potential to treat as many as tens of millions of sufferers of neurodegenerative diseases worldwide.

Most importantly, the animal studies demonstrated how nervous system damage can be repaired, as opposed to merely limiting the extent of damage, which is how the existing FDA-approved therapy functions.

Where NVG-291 proved especially disruptive was in the extent of repair to the body’s central nervous system. This involved a significant increase in plasticity (axonal sprouting), which resulted in the creation of new neuronal connections.

All told, there was a significant improvement in motor and sensory function in the mice – essentially the ability to walk, grasp objects, and detect the presence of objects on their paws.

Additionally, there was an improvement in spatial learning and memory. For instance, when treatment was started after seven days, trial mice were able to complete memory-based tasks in approximately 50 seconds on average compared to approximately two minutes for mice in the control group. This is demonstrated in the accompanying video.

Moreover, the studies suggest that this stroke treatment might be administered even after the damage by the stroke is fully realised. Recovery was seen in the rodents when treatment was initiated at 24 hours and even seven days after the onset of stroke. Remarkably, the magnitude of recovery in animals treated a week post-stroke was similar to animals treated 24 hours post-stroke.

According to NervGen’s President and CEO, Paul Brennan, “The results of this study are an elegant demonstration of how surviving neurons can help take on additional function. In the animals treated with NVG-291-R, neurons reached out across the brain to form new connections in the area of the brain damaged by the stroke.”

It is worth reiterating that the ability to create entirely new connections (plasticity) via axonal sprouting is not only relevant to stroke, but also to any condition where there is damage to the central nervous system. This includes Alzheimer’s disease, spinal cord injury, multiple sclerosis, and traumatic brain injury.

The only drug currently on the market for stroke, called Alteplase, is very limited in its usefulness. It is a clot-buster for build-up in the brain or heart that can only be used in a small segment of stroke victims because it must be administered within a few hours of the stroke taking place to be effective at mitigating the damage caused.

This means a largely unmet multi-billion-dollar market for treating both kinds of stroke is ripe for the taking. It is worth noting that of the 15 million people worldwide who suffer a stroke each year, only about 10% of them will ever return to life as it was before. Plus, 20% of people who suffer a stroke die within a week, while another 13% die within the first year.

Additionally, the economic burden of stroke in the US alone was estimated by the Centers for Disease Control and Prevention (CDC) in 2015 to be $34 billion (the latest figures available), a toll growing as the size of the aged population continues to expand.

Brennan continued: “The current standard of care for stroke is one approved drug administered to less than 10% of those suffering – and it only limits ongoing damage in a portion of those receiving it. If the meaningful recovery of the function shown in this study translates in a clinical setting, our drug has the promise to be a substantial breakthrough.

“For the first time in a peer-reviewed publication, our drug demonstrated significant improvements in memory and spatial learning. This bodes well for the numerous other indications affecting cognition, such as Alzheimer’s disease. In the end, this is an important validation of our technology being able to fundamentally enable the nervous system to heal itself.”

This article is from issue 23 of Health Europa Quarterly. Click here to get your free subscription today.