In a new study, researchers found that fish oil and vitamin D supplements could lower the risk of croup in babies and children.

A new study by the European Lung Foundation found that babies and children under three years old are less likely to develop croup if their mothers took fish oil and vitamin D supplements during pregnancy. This discovery will be presented at the European Respiratory Society International Congress in Barcelona, Spain.

Can supplements mitigate croup in babies and children?

Reducing the risk of croup

The study found that croup in babies and children was reduced when the mother took fish oil and vitamin D supplements. More specifically, the mothers taking fish oil had an 11% risk of croup, compared to 17% in children whose mothers took olive oil (a 38% decrease). Furthermore, croup in babies and children had an 11% risk when the mothers took a high dosage of vitamin D, compared with an 18% risk in mothers taking a standard dose of vitamin D (a 40% decrease).

Dr Nicklas Brustad, a clinician and postdoctoral researcher working on COPSAC, commented: “Our findings suggest that vitamin D and fish oil could be beneficial against childhood croup in sufficiently high doses. These are relatively cheap supplements meaning that this could be a very cost-effective approach to improving young children’s health.

“We are not sure of the exact mechanisms behind the beneficial effects of vitamin D and fish oil, but it could be that they can stimulate the immune system to help babies and young children clear infections more effectively.”

The research team at COPSAC previously investigated the potential benefits of vitamin D and fish oil during pregnancy, such as the effects on bone development, the central nervous system, body composition and asthma. They plan to follow the children in the study and monitor why infections such as croup in babies and children can arise more often in certain individuals.

Professor Rory Morty from the University of Heidelberg is chair of the European Respiratory Society’s lung and airway developmental biology group and was not involved in the research. He said: “We know that lung health in babies and young children can be influenced during pregnancy. For example, babies whose mothers smoke tend to have worse lung health. We are increasingly seeing that elements of a mother’s diet can also help or hinder a baby’s lung development.

“This research suggests that taking vitamin D and fish oil supplements during pregnancy could have benefits for babies and young children. We would like to see further research in this area to support these findings as this could lead to new recommendations for supplementation during pregnancy. Pregnant women should always speak to their doctor before taking supplements.” 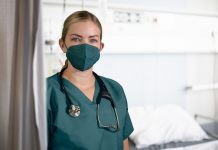 Breaking the silence on resistance to antibiotics

Metal-based antibiotics could be used as a fungal infection treatment