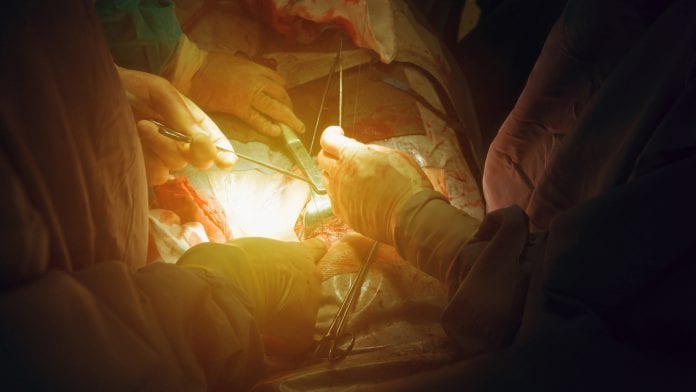 Lavee is member of the International Advisory Board of Doctors Against Forced Organ Harvesting, which he co-founded along with Dr Torsten Trey; and is Israel’s representative in the Declaration of Istanbul Custodian Group, an international body of physicians whose purpose is to make sure that the 2008 Declaration of Istanbul against organ trafficking and transplant tourism is implemented worldwide.

Health Europa Quarterly speaks to Lavee about his work in raising awareness of forced organ harvesting.

Tell us about what you know regarding the forced organ harvesting that is happening in China right now.

On the current situation in China, I can only refer you back to the final judgement of the China Tribunal, which can claim that as far as their investigation found – and it was the most thorough investigation done on this issue recently – forced organ harvesting is still going on in China.

I am the senior author on a paper called ‘Analysis of official Chinese transplant data casts doubts on the claims of transplant reform’. The first author is my co-author, Matthew Robertson, a doctoral student in Australia; and we submitted the paper to the tribunal. We analysed the official transplant data published by the Chinese over the years since 2015, the year they claim to have completely stopped using organs from executed prisoners; and we show in this very detailed statistical analysis that most of their data is absolutely fraud.

When did you first become aware of the forced organ harvesting of prisoners of conscience in China?

Back in 2005, a patient of mine who had been on the top list of Israeli candidates for heart transplantation and had been waiting in hospital for almost a year for suitable donor to become available, but we couldn’t find a suitable donor for him at that time, told me one day that he was told by his insurance company that he should go to China because he was scheduled to undergo heart transplantation in two weeks’ time.

My patient actually went to China and went ahead with his transplant on the very same day that he was promised ahead of time. This was the first Israeli patient who went to China for a heart transplant – he was preceded by more than 250 Israelis who went to China for kidney [transplants]. I heard about them over the years, but I didn’t pay much attention because I thought they were going to China and buying one of the two kidneys of a poor Chinese farmer wants to go to make his economic status better – not that that’s legal, not that it’s ethical, but I never bothered to think about it.

The fact that you could get a heart transplant on a pre-scheduled date was a totally different story, and that made me start to investigate. Simply by going on the internet, I found out to my horror that since 1984 there has been a secret law in China which enables physicians to harvest organs from executed prisoners. That law has been kept secret for many, many years; and a huge industry based on forced organ harvesting became developed.

You referenced a patient who was sent to China for a transplant by his medical insurance company: did that give you the impression that insurance companies in Israel and potentially other countries are aware of – and by extension condone – forced organ harvesting?

When that happened, back in 2005, there was no organ transplant law in Israel which banned any reimbursement for organ transplantations performed abroad, irrespective of their legality. Until this particular patient, I’m not even sure that the insurance company which sent their kidney transplant patients to China was aware of the source of organs in that country. I’m not sure that for this particular patient, who was scheduled ahead of time for his heart transplant, they understood what was going on.

I can tell you for a fact that since that patient came to my awareness, I started to create a huge public campaign here in Israel, writing papers both in medical journals and in the lay media; and the source of [these] organs soon became very well known over Israel.

In 2008, the Israeli parliament enacted the organ transplant law, which I was very instrumental in formulating; [there is a] unique clause in this law [which] bans any reimbursement for organ transplantations on Israelis anywhere in the world if they are not performed according to international common ethical rules. In that regard, Israel became the first country to ban its citizens from travelling to China, or for that matter to any country, where ethical rules are being crossed with regard to organ transplantation.

Do you believe patients who receive forcibly harvested organs are aware of their dubious provenance?

The answer is definitely yes, and I’ll tell you why I can say so: Israeli law bans reimbursement for organ transplantation; and this ban [applies] to the insurance company or to the HMO. However, the ban doesn’t relate to the patient themselves – so theoretically, patients who have money in their pockets could still go to China today and [undergo] every organ transplant while paying themselves.

In spite of that, since 2008, not a single Israeli patient has gone to China to undergo any type of organ transplantation. The only reason that I can imagine for that is the fact that we made quite clear to the Israeli public what the source is of organs in China; so in spite of the fact that the patient could still finance illegal organ transplants by themselves, Israelis are not going to try it anymore.

How has the Israeli medical community been making patients and wider society aware of this issue? Is it just a matter of sharing the news?

We worked on both sides: first of all, my colleagues and I made it very clear by publishing several articles in medical journals in Israel, describing exactly what’s going on in China. [Meanwhile] in parliament, we have engaged newspapers and TV stations; and all of them ran the reports on what’s going on in China, so the Israeli public pretty much knows exactly what the source is of organs in China.

To what degree does it matter to patients? Have you come across a patient who has been offered an unethically sourced organ and declined for ethical reasons?

I know several patients who were offered [the chance] to go to China and declined, in spite of the fact that that could mean they continue waiting or even that their medical status deteriorates while they are waiting. Apparently, even if you’re a candidate waiting for your life to be saved by an organ, it’s not [the case] that you would be willing to do anything and even cause the death of an innocent human being in order to create to save your own life. Some ethical red line exists even among those who are desperately waiting for an organ.

You were instrumental in the development of the 2008 Israeli organ transplant law, which effectively bans transplant tourism coming out of Israel: do you believe this law should be extended worldwide? How should such a framework be implemented?

This law has already gone worldwide – Canada, Spain, and Italy have adopted similar laws – so we in Israel have really paved the way. Blocking or banning transplant tourism is one of the major measures that the West can take against the forced organ harvesting which takes place in China. This fact is becoming known worldwide, and I know that some other countries are considering adopting similar clauses into their organ transplant laws.

Where surgeons in China are engaging in widespread government sanctioned unethical acts of this nature and scale, to what degree is it their responsibility to speak out and conscientiously object, bearing in mind the potential consequences for those who do?

That’s the most amazing part of the story of forced organ harvesting in China: to think that all of this could have happened only with active help in the system and participation of physicians who, like any other physician in the world, took the Hippocratic Oath when they finished medical school. How can a surgeon in his right mind kill an innocent human being in order to harvest organs and transplant these organs into another person?

This is beyond understanding. And it’s definitely the responsibility of the Chinese transplant physician to be the first in line to stand against the authorities who make them do that and say: no more. We cannot kill innocent human beings in order to sell the organs and save other human beings. This is something that any physician anywhere in the world should not do, ever.

Is there anything else you think our readers should know about this situation?

The fact that China is currently continuously harvesting organs of innocent human beings should be brought into light. The fact that things right now are, so to speak, business as usual with China for the medical, economic and political communities is unthinkable; the only comparison that I can make is that the West would co-operate with Nazi Germany back in 1939 to 1942 [even after] it became known that the Jews are being exterminated systematically by the Nazis. It is simply the ethical duty of the West to do something in order to stop this atrocity.

Please note, this article will appear in issue 12 of Health Europa Quarterly, which will be available to read in February 2020.