Mariano Votta, responsible for EU Affairs at Cittadinanzattiva and Director of Active Citizenship Network, puts forward the vision for a debate towards a healthier European Union.

Europe’s institutions have finally approved the founding declaration for the Conference on the Future of Europe (COFOE). The work ahead can now officially begin for the conference with the European Parliament playing a leading role in building of a Citizens’ Union.

Among many other things, respondents were asked to choose what developments they want to see in Europe’s future. Having comparable living standards (35%) and stronger solidarity among Member States (30%) are the two developments most cited. Europeans also prioritise the development of a common health policy (25%) and comparable education standards (22%).

Perhaps, not surprisingly, given the marked differences on a regional basis, Italy is the only European country where this desire for ‘a common health policy’ emerges in first place, to be pursued at the national as well as the European level. 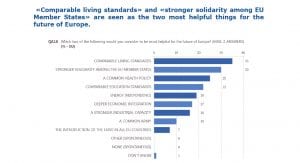 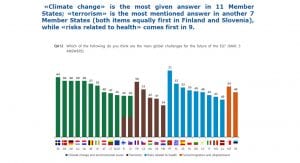 Health risks are a priority

For European citizens, health risks are among the three main concerns, immediately after climate change and terrorism. Indeed, for the citizens of nine countries, including Italy, health risks are the main concern. This is perhaps the inevitable consequence of a still very hard and uncertain present as a result of the COVID-19 pandemic, as well as of a recent past in which citizens and non-COVID patients have been grappling with practical problems almost everywhere, such as the sudden cancellation of visits and examinations, which has seen many people feel cloaked in a sense of abandonment and uncertainty, with health services totally and ‘heroically’ focused on stemming the epidemic, but which at the same time revealed the limits that predate the crisis.

The COVID-19 pandemic has had a major impact on citizens’ lives in several respects. One of the most important has been the limited access to different health services. For the Active Citizenship Network, the European branch of Cittadinanzattiva – a civic organisation which, since 1978 in Italy and 2001 at the EU level, promotes citizens’ activism for the protection of everyone’s rights, maintaining the common good, and offering support to people in vulnerable conditions – it is simply not acceptable to respond to the immediate needs of citizens facing the COVID-19 pandemic simply by closing services. Instead, alternative organisational solutions are needed to guarantee continuity and quality.

In this regard, it is also necessary to make the most of the contribution of patient advocacy groups (PAGs), civic and rights protection associations which, right from the start, acted with a sense of responsibility, creativity, and energy, often revealing themselves to be the only point of reference and the only service available to citizens. In fact, from their testimonies emerges the great reforming force of civic organisations, capable of responding promptly to new needs by managing services, building alliances, quickly signalling necessary regulatory or procedural changes, mobilising resources (both human and economic), innovating their operating mode, and introducing and promoting practices from which it will not be necessary to go back once the health emergency is over.

For this reason, we have decided to begin with several concrete experiences in reaction to the pandemic in order to celebrate the 15th European Patients’ Rights Day, which is planned for 5 and 6 May in the presence of representatives from the European Commission and the European Parliament, leaders of patient advocacy groups, experts, and relevant stakeholders (to register click here). This is a celebration that will take place three days before the start of the Conference on the Future of Europe.

Such an initiative could pave the way for the reform of the European system together with the need to respond to citizens’ demand to participate in change by laying the foundations for a renewed consensus on the European project. 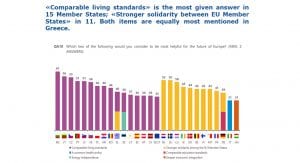 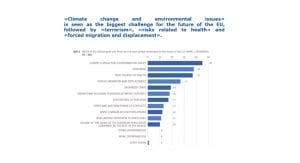 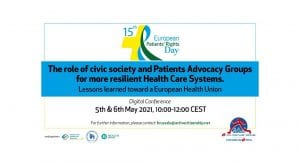 A debate towards a healthier European Union

We would like to consider the ‘MEPs’ Interest Group on patients’ rights and cross-border healthcare’, which has been promoted by the Active Citizenship Network since 2015, as the assembly focused on patients’ unmet needs, as well as the health priorities from a citizen’s perspective. For this reason, we are working to organise, as a follow-up to the European Patients’ Rights Day, a cycle of EU meetings and webinars hosted by the above-mentioned MEPs’ Interest Group; in order to concretely contribute – with a multi-stakeholder vision and greater civic and patient participation – a debate towards a healthier European Union.

In the framework of the XV European Patients’ Rights Day, this Special Feature on the Conference on the Future of Europe has been created by Cittadinanzattiva/Active Citizenship Network and realised in partnership with Health Europa Quarterly.