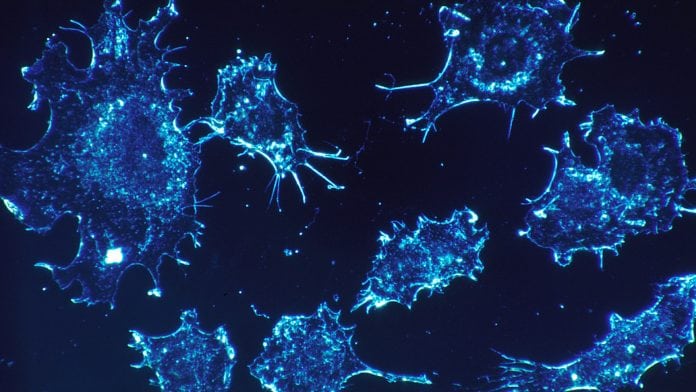 A new study has identified how kidney cancers develop the ability to spread around the body by stealing genes from other cell types, therefore using their functions.

Led by scientists from the MRC Cancer Unit at the University of Cambridge, UK, the study suggests that understanding the behaviour of kidney cancers may help explain how other types of cancers spread and therefore provide new targets for cancer therapies.

In order to spread, cancer cells need to break away from the original tumour, survive moving around the body in the blood stream, invade other organs and form a secondary tumour.

It is still unexplained as to what actually causes kidney cancers to spread in the body, so this study set out to understand how genes are switched on and off.

In the study, to understand how cancers spread, researchers used human kidney and breast cancer cell lines taken from samples of human cancer in a mouse model.

DNA has control systems, known as enhancers, that switch genes on and off in different cell types. These enhancers tell the cell when and where each gene should be expressed; they tell a gene to be switched on, so the genetic instructions can be copied and made into a protein.

The Medical Research Council (MRC) reported that after comparing their findings to kidney cancer samples from hundreds of people with the most common type of kidney cancer, renal cell carcinoma, researchers found similar profiles of gene activation, suggesting the same could be happening in human cancers.

It was also found that experimental models of breast cancer suggested similar mechanisms might also be at play in breast cancer patients.

Dr Sakari Vanharantaopens, of the MRC Cancer Unit at the University of Cambridge, senior author on the paper, said: “How cancers develop the capability to spread is a long-standing problem that hasn’t been fully answered by searching for mutations in genes.

“We show for the first time how cancers can steal the activity of specific enhancers — genetic regions which turn genes on and off — to activate genes from different tissue types. Activating these genes allows the cancer cells to steal features from normal cells, which facilitates their spread in the body.

“Metastasis is responsible for the majority of cancer-related deaths and this discovery helps us better understand how cancers spread and could provide new targets for cancer drugs that limit the capability of cancer cells to activate genes that should be switched off.”

Dr Nathan Richardson, head of molecular and cellular medicine at the MRC, added: “Understanding what enables cancers to metastasise and establish secondary cancers around the body is hugely important in our quest to tackle this disease and reveal new approaches to treatment.”