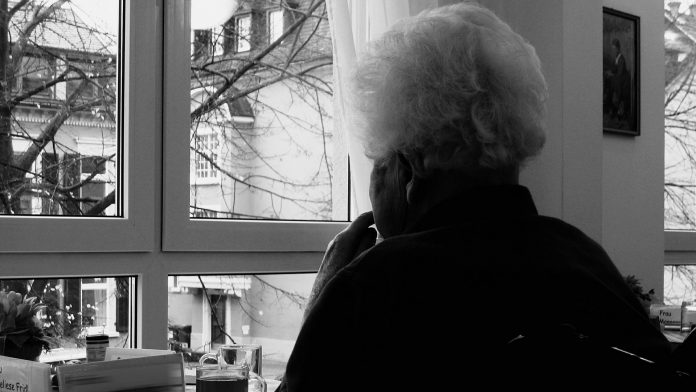 Writing for Health Europa, Ella Hendrix explores whether lifestyle factors could play a role in rising levels of early-onset dementia.

Early-onset dementia appears to be on the rise in the UK and across the globe. With that in mind, it begs the questions: are there any common causes of this? Are there particular risk factors? And are some people more prone to the disease based on their lifestyle habits?

Research suggests there are risk factors that may make a person more likely to experience an early onset of dementia. Smoking, obesity, too much alcohol, and excessive ‘inactivity’ increase the risk of developing dementia at a younger age. In addition to this, studies have shown that a lack of education shows some links, too.

When a diagnosis of dementia is made, a person’s life faces elements of difficulty over the subsequent years. It is not a condition that has a cure, and many find they must seek support from specialist dementia care providers such as the leading UK provider Helping Hands.1 Dementia is debilitating and often challenging for family and friends to cope with, but if individuals know some of the risk factors, they may be able to prevent or slow the condition from developing, especially at a younger age.

What are risk factors?

Risk factors2 are anything that might increase a person’s likelihood of developing dementia. Some patients develop the condition because of hereditary or medically induced causes (for example, following a stroke), whereas for others, lifestyle factors may play a part in triggering dementia sooner in a person’s lifespan.

Of course, there are factors that cannot be controlled, such as genes and medical history. Whilst onset triggers can be hard to ‘prove’ as such, a history of early-onset dementia or a family history of cardiovascular problems, for example, might help to indicate a line of ‘cause’ for an individual.

There is increasing evidence to suggest that lifestyle factors do, in fact, show strong links to the early onset of dementia.3 For example, if a person stops smoking they will be lowering their risk of developing dementia later in life. It’s better to stop smoking as soon as possible. This is because smoking can shrink areas of the brain and also change elements within the structure of the brain, changes which are associated with the onset of dementia. Dementia is a condition that appears when ‘tangles’ and blockages within areas of the brain occur, so risk factors that are likely to affect the brain in this way will heighten the chances of the illness.

The importance of a healthy lifestyle

Poor or unhealthy diet can also increase an individual’s risk of developing many forms of the illness; however, dementia can be one of the more concerning conditions linked to poor lifestyle factors. If a diet contains too much saturated fat, it can raise cholesterol, which narrows the arteries.4 This leads to weight gain, which can contribute to cardiovascular problems. Additionally, too much salt can lead to high blood pressure or stroke and too much sugar can lead to Type 2 diabetes. Again, these lead to a person being unhealthy and therefore having a lifestyle more likely to be affected by dementia.

Other factors that appear in mid-life (between the ages of around 40-64) may be high blood pressure or Type 2 diabetes, which also show links with early-onset dementia.

Adopting a healthy lifestyle as soon as possible is advised to lower the risk factors for the condition. Strong evidence suggests that damage to the heart, blood circulation or arteries significantly increases a person’s chances of developing dementia. In particular, vascular dementia is caused by issues with blood being supplied to the brain – which provides a clear suggestion that people should try to stay healthy to keep their cardiovascular systems as ‘clear’ as possible.

Excessive alcohol also has the same effect and increases a person’s risk of developing vascular dementia or Alzheimer’s. Drinking to excess can also cause a specific type of the illness: ‘alcoholic dementia’.5

Other conditions that may increase the chances of developing dementia include: multiple sclerosis, HIV and Parkinson’s disease. It has also been claimed that some forms of learning difficulty can increase the likelihood.

The preventive power of education

Finally, studies by the University of Cambridge showed a link between education and dementia.6 The longer a person stays in education, the lower their chances of developing dementia. Those with more education showed a better ability to be able to deal with the effects of dementia. Arguably, education is not always a lifestyle factor within a person’s control, but keeping an active mind could be considered of great be­­nefit.