The Steering Group on Influenza Vaccination has this week released its manifesto, which calls for more action to increase seasonal influenza vaccination coverage rates in Europe.

Within the manifesto, the steering group has outlined its recommendations to improve seasonal influenza vaccination coverage rates across Europe and reduce the unacknowledged burden of the disease.

The steering group is calling for EU and national policymakers, communities and organisations that represent people most impacted by influenza to increase influenza vaccination coverage in three ways:

The manifesto also outlines recommendations for implementation of the strategies to improve vaccination coverage rates and calls for the public health community to come together to support this cause. 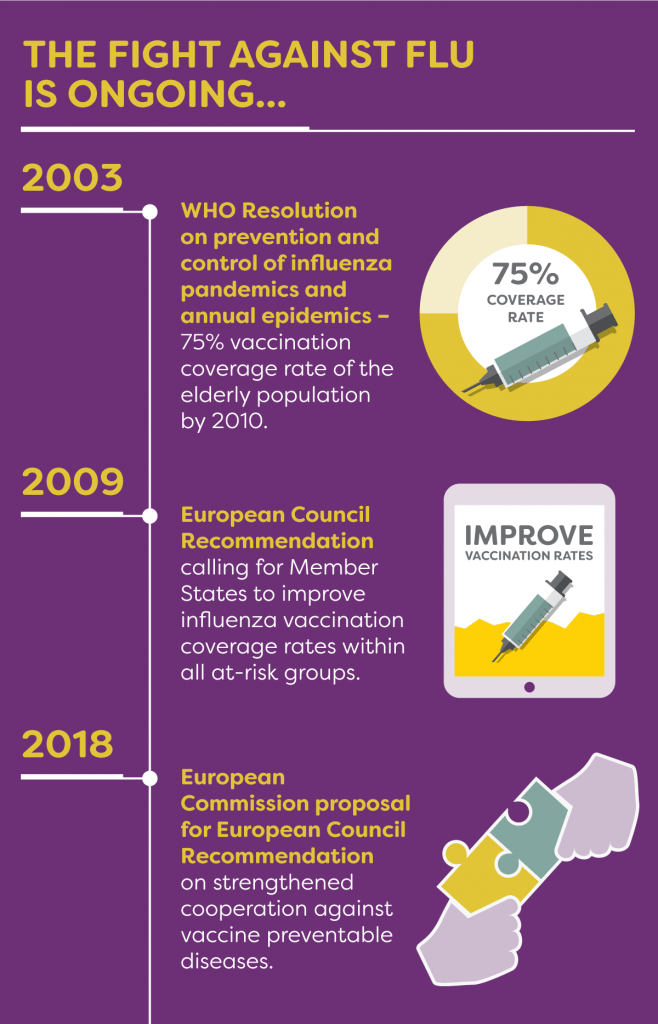 What is the Steering Group on Influenza Vaccination?

The steering group is led by co-chairs Françoise Grossetête, member of the European Parliament, and Professor Thomas Szucs, director at the European Centre of Pharmaceutical Medicine at the University of Basel, Switzerland.

It is made up of eight other representatives, including patient groups, healthcare professionals and academics.

The group and its manifesto resonate strongly with both the latest European Commission Roadmap to Strengthen Co-operation Against Vaccine Preventable Diseases and the European Parliament’s ongoing discussions around a resolution in support of vaccination.

Grossetête said: “The use of vaccination in reducing the substantial burden of influenza across Europe is not currently optimised.

“My recent introduction of an amendment to the European Parliament’s motion for a resolution calling on the European Commission to establish targeted vaccination initiatives demonstrates how important the role of vaccination is but still more needs to be done.

What is the current state of influenza vaccinations?

Seasonal influenza vaccination coverage rates remain low and are on the decline in many countries in Europe.

It is estimated that the 2009 European Council recommendation target of a vaccination coverage rate of 75% in at-risk people is missed by almost 60 million people a year, resulting in around two million additional cases of influenza.

Influenza is a life-threatening disease which affects 5-10% of the world’s population ever year, resulting in over 650,000 deaths.

You can read the manifesto in full at www.eufightingflu.com