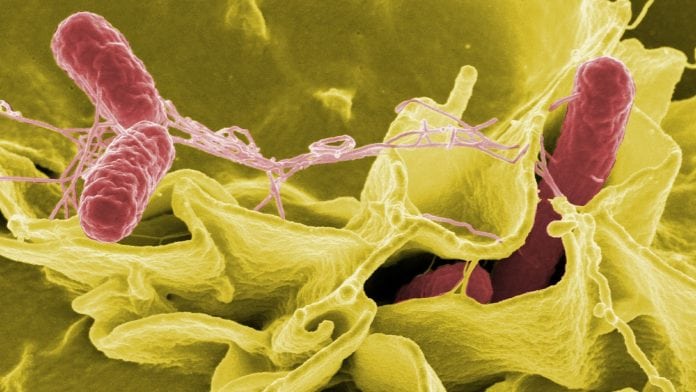 A discovery of natural peptides that fight bacteria have been identified by the Technical University of Denmark, which could be vital in the battle with antibiotic resistance.

Antibiotic resistance is a continually growing issue, with the World Health Organization (WHO) calling it the biggest threat to human health.

For more than 20 years, researchers from National Food Institute, Technical University of Denmark have worked to halt the development of resistant bacteria.

One study from the National Food Institute shows that the naturally occurring peptide, Cap 18, can be used to combat bacteria in food producing animals, meaning the need to treat sick animals with conventional antibiotics would be reduced.

The peptide can attack the following three bacteria:

Salmonella, which is the foodborne bacteria, causes the most disease outbreaks in Europe.

Professor Egon Bech Hansen from the National Food Institute said: “We are looking for methods to fight infections in food producing animals without having to use antibiotics. It is important to limit or completely eliminate the use of antibiotics in animal production without compromising on animal welfare.

Following calculations from the institute, it was evident that in order for Cap 18 to be as financially viable and practical as possible, it should be commercially produced.

What is the next step?

According to a report on the university website, the institute’s researchers are not planning to carry out further research into the Cap 18 peptide.

However, they are currently working on identifying other naturally occurring peptides and proteins in potatoes and seaweed for use as a preservative and as functional feed.

It was reported earlier this year by US researchers that new treatments for mild infections could help slow the mutation of severe bacterial infections with less antibiotic resistance.