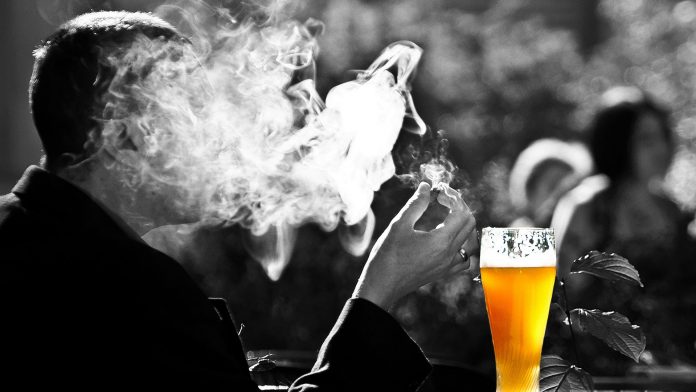 Smoking at least ten cigarettes a day is linked to a higher risk of psychoses compared to non-smoking young people, a new study suggests.

The aim of the study, published in the journal Acta Psychiatrica Scandinavica, was to investigate whether young people’s daily cigarette smoking is associated with a risk of psychoses.

Lead on the study Professor Jouko Miettunen said: “This was an extensive longitudinal study based on the general population. It revealed that daily and heavy smoking are independently linked to the subsequent risk of psychoses, even when accounting for previous psychotic experiences, the use of alcohol and drugs, substance abuse and the parents’ history of psychoses.

“Smoking begun at an early age was a particularly significant risk factor. Based on the results, prevention of adolescent smoking is likely to have positive effects on the mental health of the population in later life.” 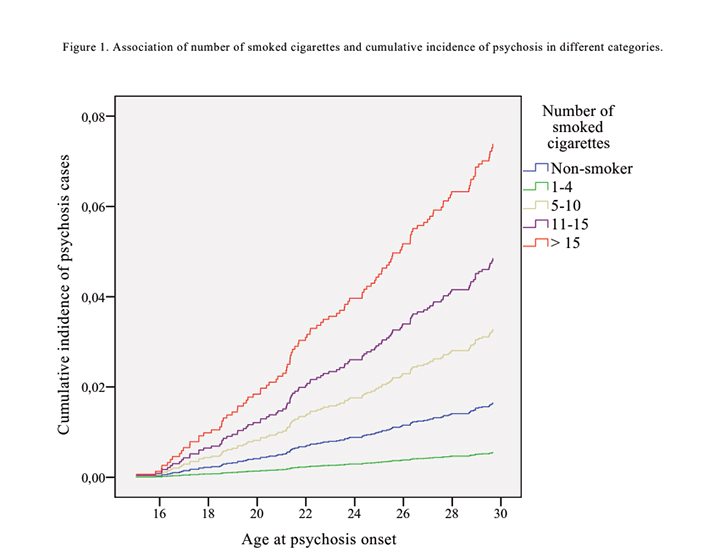 The impact of cannabis

The researchers also conducted a study on cannabis use, which was published in The British Journal of Psychiatry. It found that teenage cannabis use is associated with an increased risk of psychoses.

It also showed that those who had used cannabis and had psychotic experiences early in life experienced more psychoses during the period of the study.

Antti Mustonen, Lic, Med, said: “We found that young people who had used cannabis at least five times had a heightened risk of psychoses during the follow-up, even when accounting for previous psychotic experiences, use of alcohol and drugs and the parents’ history of the condition.

“Our findings are in line with current views of heavy cannabis use, particularly when begun at an early age, being linked to an increased risk of psychosis.

“Based on our results, it’s very important that we take notice of cannabis-using young people who report symptoms of psychosis. If possible, we should strive to prevent early-stage cannabis use.”