A new RSV vaccine has been shown to provide robust protection against infection in a rodent study at Boston Children’s Hospital.

The research was performed as part of the Precision Vaccines Program at Boston Children’s Hospital, discovering that the novel respiratory syncytial virus (RSV) vaccine formulation protected newborn mice from RSV infection and elicited strong responses in immune cells from human newborns. The vaccine could provide a vital weapon against RSV, which is the leading cause of death in children under five globally and lacks an effective vaccine.

The study is published in Nature Communications.

The global burden of RSV

In the US, RSV is the leading cause of hospitalisation among infants. Although there are various potential RSV vaccines in late-stage clinical trials for adults, such innovations have not been made for children since the failure of a candidate vaccine in 1966.

That vaccine’s antibodies were unable to neutralise the virus, causing an allergic-like white blood cell response in the airways of the infants. Ultimately, this caused respiratory distress when the infants became infected with RSV, which made them more ill and even led to some deaths.

Simon van Haren, PhD, an immunologist in the Precision Vaccines Program and first author of the new paper, commented: “Consequently, paediatric vaccine development was halted, recognising that the immune system in kids is different from that in adults.”

The researchers explored other ways that vaccination could stimulate the newborn immune system without adverse effects, analysing various receptors on immune cells and combinations of vaccine adjuvants that may stimulate these receptors and enhance vaccine efficacy.

In an earlier study in 2016, the researchers identified two adjuvants stimulating the TLR7/8 and Mincle receptors that triggered a strong response in newborns’ antigen-presenting cells, which are essential for cellular immune defences.

They identified activation of Th1 responses that are difficult to stimulate in newborns but are needed for a strong defence against viral pathogens. The 1966 RSV vaccine failed to induce a Th1 response.

For the new research, the team partnered with experts at the Statens Serum Institut to develop a new protein-based RSV vaccine using the same combination of adjuvants, which they named CAF-08. The researchers coupled the combination with a protein from RSV and packaged it inside fatty particles called liposomes.

Led by Hanno Steen, PhD, at Boston Children’s Hospital, the researchers administered the new RSV vaccine to cultured antigen-presenting cells from donated cord blood from human newborns. They profiled the cells’ responses with phosphoproteomics, identifying that the vaccine caused a robust immune response.

Van Haren said: “Dr Steen’s group was instrumental in helping us define the mechanism of action of our adjuvant combination and why it works so well in children and less so in adults. It lays out the molecular requirements for an adjuvanted vaccine to work in early life.”

Subsequently, the team tested the RSV vaccine in newborn mice, finding that it protected against a direct challenge with RSV without causing side effects. Analysis revealed the RSV vaccine induced Th1 cells that recognised RSV as well as neutralising antibodies.

Van Haren said: “The undesirable components of the immune response did not come into play.”

Ofer Levy, MD, PhD, who directs the Precision Vaccine Program, concluded: “The combination is most active in early life. We hope this adjuvant combination, tailored to be effective in early life, will eventually enable the vaccination of infants against not only RSV, but also influenza, coronaviruses, and other serious infections.” 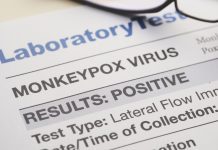 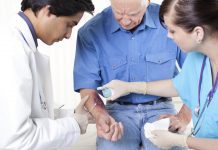 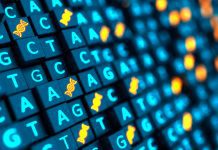 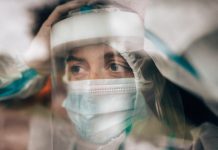