Provisional approval by NICE could see a step-change in treatment for early-stage breast cancer following surgery.

The National Institute of Health and Care Excellence (NICE) published its final draft guidance recommending abemaciclib (also called Verzenios) for early-stage breast cancer. This treatment is for individuals with hormone receptor-positive, HER2-negative, node-positive early-stage breast cancer at high risk of recurrence who have had surgery to remove their tumour.

Around 4,000 people will benefit from the targeted treatment for early-stage breast cancer and will be used in combination with hormone therapy as an option after surgery.

A clinical trial highlighted that people taking abemaciclib with hormone therapy had a more than 30% better chance of their cancer not returning following surgery compared to individuals on hormone therapy alone.

The medication is administered twice daily as a pill. Abemaciclib works by targeting and inhibiting proteins in cancer cells, which allows cancer to divide and grow.

Health and Social Care Secretary Sajid Javid said: “We are constantly looking for new and innovative cancer treatments. The UK has proven itself to be a pioneer in finding and deploying the most ground-breaking medicines the world has to offer.

“This new drug will mean thousands of breast cancer patients will have a higher chance of recovering from this disease and spending more precious time with their loved ones.

“This is another fantastic step forwards in our ambition to make the UK one of the best countries in Europe for cancer care, which will be a key focus in my 10-Year Cancer Plan being published this summer.”

Treatment with chemotherapy or hormone therapy, or both, is the current standard of care for people with hormone receptor-positive, HER2-negative, node-positive early-stage breast cancer.

Approximately 50,000 a year are diagnosed with breast cancer in England. HER-2 negative breast cancer is the most common type, accounting for around 70% of all breast cancers. It is estimated that early-stage breast cancer returns following initial treatment in about 30% of people.

Helen Knight, interim director of medicines evaluation at NICE, said: “Today’s positive draft recommendation, which comes less than a month after abemaciclib received its licence, is fantastic news. The fact that we have been able to produce draft recommendations so quickly is a testament to the success of our ambition to support patient access to clinically and cost-effective treatments as early as possible.

“Until now, there have been no targeted treatments for people with this type of breast cancer. Abemaciclib with hormone therapy represents a significant improvement in how it is treated because being able to have a targeted treatment earlier after surgery will increase the chance of curing the disease and reduce the likelihood of developing the incurable advanced disease.” 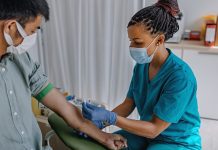