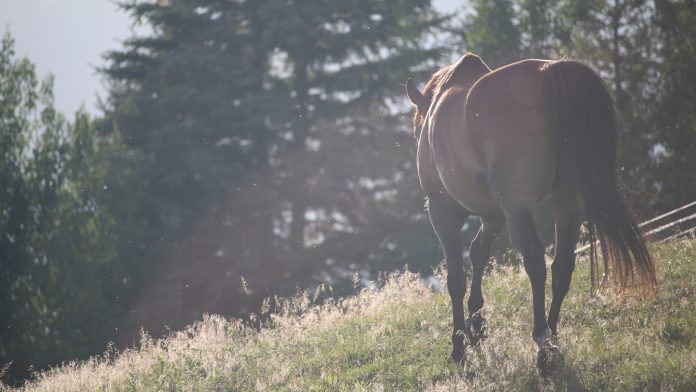 Professor Roger KW Smith, of the Royal Veterinary College, provides a valuable insight into how research in equine tendon disease is paving the way for advances in the treatment of humans.

‘One Health’ is a term that has been coined to bring together scientists and clinicians from both medical and veterinary fields interested in similar areas of naturally occurring disease like equine tendon disease. It has been most actively pursued in the field of infectious disease where disease kinetics can be modelled for multiple species, even though many micro-organisms have species-specificity.

In contrast, it has not been well profiled for the field of musculoskeletal disease where there are in fact many similarities between naturally occurring disease in animals and man and where knowledge from both species can help each other.

Laboratory animals are frequently used to model human disease, but there is a variation in the similarity of provoked disease in rodents with natural occurring disease, and even when disease pathobiology appears closely related, upscaling encouraging results to humans often fails.

This does not mean that laboratory animal models are inappropriate – they are particularly appropriate for investigating pathophysiological processes and disease mechanisms as the modern techniques of gene deletion and silencing provides invaluable information.

However, there is also a need to harness the clinical and experimental data from naturally occurring disease to inform better understanding of musculoskeletal diseases in both animals and humans. The area we are particularly interested in which serves as an example of One Health is tendon disease.

Naturally occurring orthopaedic disease is remarkably similar in species that both exercise and age. In addition to the human, the horse is a good example. It has been domesticated initially for use as a work animal but, with the advent of the internal combustion engine, has become an athlete, used for competition; from professional equestrianism such as racing and the sports-horse disciplines of dressage, show-jumping, eventing, driving, Western riding, etc., to a companion animal for leisure riding. In all these cases, the horse exercises, which results in exercise- and age-related degeneration of musculoskeletal tissues with striking similarities in disease mechanisms, pathology, imaging and treatment to the same diseases in humans.

Tendon disease has remarkable correlates with the human, although they are not always that apparent. The two most common over-strain injuries in the human, Achilles tendinopathy and shoulder rotator cuff disease, represent two very different tendon injury types. Achilles tendinopathy affects a tendon that is extra-thecal (outside a tendon sheath, bursa or joint), while rotator cuff disease frequently involves a surface defect (‘tear’) inside a synovial environment (intra-thecal). A mistake commonly made is to attempt to relate an anatomical correlate of a biped (human) to a quadruped (e.g. horse) because the different forms of locomotion place very different roles of tendons in these two groups of species.

Extra-thecal tendon injuries frequently affect weight-bearing tendons. In humans, this is commonly the Achilles tendon, while the functional, rather than anatomical correlate, in the horse is the superficial digital flexor tendon of the forelimb. This tendon suffers a very high frequency of tendon injury, which heals by fibrosis and results in mechanical dysfunction that can commonly end athletic careers because of a high frequency of recurrence.1

Both injuries are believed to occur as a result of age-related degeneration driven by loading (exercise). Thus, Achilles tendon injuries are common in athletes but also occur in an ageing population that is more sedentary. Other musculoskeletal tissue have been shown to adapt to loads placed on them – for example, bone remodels to become stiffer when given intense cyclical loading. However, while young tendon does appear to adapt to load, this ability seems to be lost post-skeletal maturity, most likely related to the optimisation of mechanical properties for the tendon to act as a spring for energy storage during locomotion.2

Adapting to load by increasing or decreasing the stiffness of the tendon would have adverse effects on this energetic efficiency and reduce the efficiency of the horse as an athlete. The Achilles tendon functions in a similar role in the human and, while initially it was supposed that the tendon adapted to exercise, more recent studies using 14C labelling of tendon collagen in humans have shown adult human tendon to also show very little remodelling capacity.3

In addition, there are strong structural similarities between these two weight-bearing tendons in humans and horses. Both tendon contain significant interfascicular matrix which is thought to be important for tendon mechanical properties but largely absent from rodent tendons.4 Finally, genetic association studies have identified genetic variants in two identical matrix proteins in the two species, representing a remarkable similarity for the genetic influence in two species which are not closely related evolutionarily.5-7

Given the excellent safety margin that the years of use indicate, this has led to the unusual step of translating a therapy from the horse to the human. In agreement with the One Health concept, the MHRA agreed that the substantial amount of experimental and clinical data generated in the horse justified a Phase 1 trial in humans which is now ongoing at the Royal National Orthopaedic Hospital in Stanmore, London (ASCAT clinical trial; https://clinicaltrials.gov/ct2/show/NCT02064062).

A second example is rotator cuff tears of the human shoulder responsible for considerable morbidity. The human shoulder has almost a complete range of motion and has compressed intra-thecal tendons, while in the horse the shoulder is a ginglymus (hinge joint) with the same tendons being extra-thecal and not compressed. This makes the shoulder in any quadruped a poor model for the human. However, the horse does have a very good functional correlate in different tendons where the synovial and mechanical environment are matched. Thus, the deep digital flexor tendon in the distal limb of the horse suffers tendon tears which are intra-thecal and under compression where the failure to heal and high failure rate with surgery are remarkably similar to the experience of human surgeons with rotator cuff disease.

We have used this similarity to develop an experimental model in the same tendon as the horse in sheep which is well tolerated and does not heal over a six-month period, an unusual finding for many experimental models. This model has been successfully used for the preclinical development of a scaffold for augmenting the repair of rotator cuff tears in humans which has shown marked enhancement of healing in this model (‘Biopatch’; https://www.ndorms.ox.ac.uk/research-groups/regenerative-medicine/projects/biopatch).

Consequently, this technology is now being prepared for clinical use for both digital flexor tendon tears in horses as well as in human rotator cuff repair.

While the horse is such a good match for human musculoskeletal diseases, there are considerable limitations. The horse is a privileged species in the UK, which, together with the considerable cost of purchase and keep, means that its use as an experimental animal is limited. Its main benefit is the ability to observe clinical disease at an early stage, using all the imaging modalities available in humans (including ultrasound and MRI), being able to use the horse as a ‘proving ground’ for new therapies, and the ease at which cadaveric material can be obtained for in vitro experimentation and detailed lab analysis after euthanasia of unresponsive cases or where there are financial constraints.

Our interactions and collaborations in this field have led to us being invited to join an international consortium, supported by an EU grant for an ‘innovative training network’ focused on the development of cell composites for human tendon repair. The Tendon Tissue Train (http://curamdevices.ie/curam/research/eu-projects/tendon-therapy-train/) is a collaboration of seven universities, seven companies and two hospitals from six countries across Europe, which is focussed on the development of advanced therapeutic medicinal products (ATMPs) for human tendon repair and has, at its centre, the One Health concept. The collaboration has been an enriching experience and has supported the career development of 15 young scientists in the field. With Brexit around the corner it is hoped that these European-wide collaborations don’t disappear from the UK scientific community’s horizon because if they do, science in the UK will be all the poorer for it.

The concept of One Health can be extended to a number of different fields where the horse provides a highly relevant model for man. The advances in laboratory-based science and clinical practice, which are happening in both human medical and veterinary fields, mean that there is much to be gained by collaboration between medical and veterinary clinician-scientists. This has been recognised by the Dorothy Havemeyer Foundation (http://www.havemeyerfoundation.org) which has, for many years, provided funds to support focused workshops between both professions, and this has been an invaluable resource for this cross-fertilisation of ideas and establishing the usefulness of One Health for both medical and veterinary clinicians and scientists.