In 2017, it was reported that 3.8% of the global population, or 284 million people, suffered from anxiety disorders, according to Our World in Data.

In a survey conducted in 2017, 41% of cannabis users surveyed report swapping their typical medications in favour of cannabis, while 40% of those surveyed said that CBD was much more effective for relieving medical conditions, including anxiety, compared to other medications.

The cost of mental health support

The large discrepancy between people who seek treatment and those that don’t is most likely due to the cost of treatment in the United States: typically, low-cost treatments such as cognitive-behavioural therapies can cost roughly $100 (~€90.84) or more per hour.

Some healthcare insurers do not provide coverage for certain medications, making it increasingly difficult for people suffering from anxiety to manage their symptoms.

Consequently, many have decided to turn towards CBD or cannabidiol to treat their anxiety.

In the past, health regulators around the world deemed CBD to be unsafe because of its psychotropic cannabis counterpart – THC. However, more recently, extensive research has undermined previous stereotypes regarding CBD and proved that the compound provided therapeutic benefits to people.

As a result, many countries began to adopt CBD-based medications in order to treat a plethora of medical conditions.

The wide-range use of CBD makes it a highly versatile treatment for a cheaper cost than traditional medications. People can obtain a medical cannabis license in order to purchase their products from an authorised licensed medical vendor.

Researchers have proved that CBD can effectively be used to treat serious medical conditions such as cancer, multiple sclerosis, Alzheimer’s, Parkinson’s, depression, and anxiety.

CBD products, such as patches, tinctures, and topicals have become widely popular because they do not require direct consumption, as users can simply apply the patch, oil, or cream to their body.

One area of interest in the application of CBD has been to treat anxiety and social anxiety disorders. It should be noted that the only FDA approved use of CBD has been in the treatment of epilepsy. However, recent clinical trials have shown that CBD has been effective in reducing anxiety.

In a study published in The Permanente Journal, 79% of participants reported a reduction in anxiety. Preliminary results regarding the positive effects of CBD has led mental health advocates to praise CBD for its anti-anxiety effects.

The exact way CBD works to treat anxiety is not fully understood, but this has not stopped millions from using CBD. In a 2019 Gallup poll, it is reported that 14% of all Americans are using CBD. Another poll reported that 37% of CBD users used CBD products for anxiety, and of these participants 63% reporting it as being extremely effective.

For the 40 million Americans struggling with anxiety disorders, CBD offers the possibility of a holistic approach to anxiety management by utilising the natural interactions of the cannabis plant with the body. 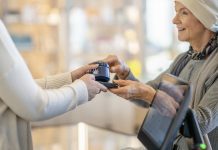