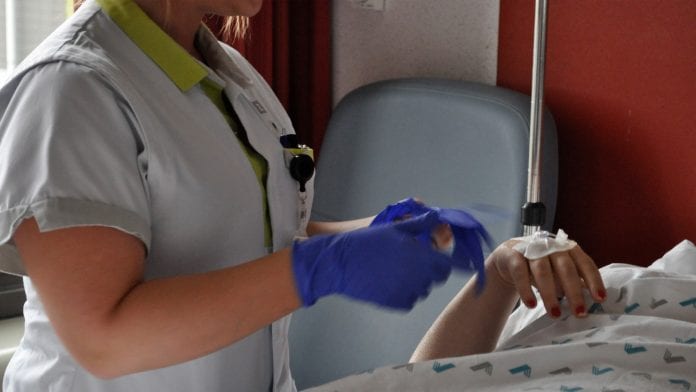 The EFN, as part of the Coalition for Vaccination, has launched a social media campaign during European Immunisation Week for nurses on vaccination for preventable diseases.

This campaign is launched across Europe simultaneously with the European Immunisation Week of the World Health Organization (WHO) Regional Office for Europe. It aims to remind that immunisation through vaccination is the best protection against serious, even deadly, preventable diseases. This is particularly relevant this year, the International Year of the Nurse and Midwife, focusing on the part played by nurses and midwives in contributing in many ways to immunisation, ranging from educating parents, supporting mothers and their infants as well as administering vaccines.

Nurses on the frontline for delivering safe and effective vaccination

As the largest professional group of the healthcare professions, nurses are the frontline staff largely responsible for delivering safe and effective vaccination programmes to communities across Europe, yet rarely getting formal recognition for this life-saving endeavour.

In addition to administering vaccination, nurses deliver direct patient care and have this additional role in educating the public, identifying vulnerable groups, raising awareness, and promoting uptake among those who stand to benefit.

As one of the most cost-effective health interventions, vaccination is a cornerstone of universal health coverage and vital to achieving optimal health for all, everywhere.
As part of the social media campaign, the EFN has developed videos for different audiences. These videos are aimed at the following:

Nurses fostering vaccination among citizens (the video is available in English, French and German);

Nurses fostering vaccination within the nursing workforce (the video is available in English, French and German); and

Nurses fostering vaccination among medical doctors (the video is available in English, French and German).

The Coalition for Vaccination

The Coalition for Vaccination was convened by the European Commission to deliver accurate information to the public, combating myths and exchanging best practices.

It is co-led by the European Federation of Nurses Associations (EFN), the Standing Committee of European Doctors (CPME) and the Pharmaceutical Group of the European Union (PGEU). The Coalition has nearly 20 member organisations, including healthcare professionals’ student associations.

Chemotherapy before surgery reduces the risk of colon cancer returning