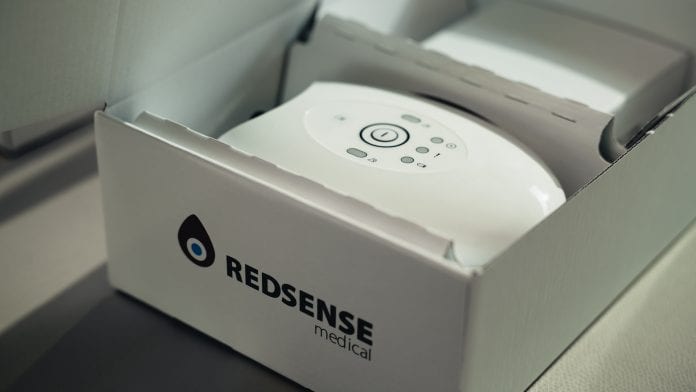 The company is in the midst of a fast-paced technology development effort to adapt its fibre-optic platform to the emerging field of advanced, personalised wound care.

“Redsense promotes patient safety through highly cost-efficient fibre-optic surveillance of the blood access points during haemodialysis. The aim is to prevent unnecessary blood loss when the venous needle is dislodged, which is a real danger that needs to be addressed,” says Patrik Byhmer, the company’s co-founder and current chief executive.

Redsense Medical, the born-global medical device innovator, was established in Sweden in 2006 by Patrik Byhmer and engineer Daniel Engvall. The latter developed the first prototype of a monitoring technology as a potential solution to an unfortunate development at Halmstad County Hospital, where a series of incidents of venous needle dislodgement (VND) had recently occurred in connection with haemodialysis treatments.

“During haemodialysis, the blood of a patient with insufficient renal function is purified by pumping it through a dialyzer outside the body. The procedure requires that vascular access points are opened to the patient’s bloodstream to draw and return the blood.

“Venous needle dislodgement occurs when the venous needle accidentally comes out of the access point during the dialysis session, preventing the return of purified blood to the bloodstream”, explains Patrik Byhmer.

VND can happen if the needle is not secured correctly, or the bloodline is pulled, perhaps because it is looped poorly, or the patient pulls on it out of confusion. Venous needle dislodgement has been estimated to occur more than 200 times a day in the United States alone. VND is a serious hazard for the patient, since the blood is pumped at a rate of approximately half a litre per minute and therefore the patient is at risk of bleeding to death within minutes if the leakage goes undetected.

“At that point, it is up to the attending nurse to stop the high rate of blood flow by turning off the dialysis machine’s pump – or haemorrhagic shock is sure to ensue. There are studies that estimate the global death toll of VND at 21 patients per week – deaths that should be completely avoidable. Ironically, dislodgements have become more dangerous over time as the cycle rates of modern dialysis machines have increased, giving the nurse less time to react before significant blood loss occurs,” says Patrik Byhmer.

“The dialysis machine checks continuously for pressure drops during treatment, but there is a normal variation in the pressure that makes it difficult to use it as a reliable indicator that something has gone awry; the signal is just too noisy. So we realized that we would have to come up with an external safeguard, something that could monitor the process from the outside and detect the blood leakage directly.”

The Redsense Medical early concept solution was simple, and still forms the company’s patented core technology: a fibre-optic sensor layer integrated in a disposable patch, which attaches to the vicinity of the access; red light carried back and forth to the sensor from an alarm unit, where any presence of blood in the patch is optically and specifically detected by reduced levels of red light in the return signal; and a simple but effective visual and audible alarm, which immediately alerts the attention of the nursing staff in case of emergency.

“What the device really does is provide nurses, patients and caregivers with an extra pair of eyes; always alert, focused on one thing only, and never looking away. That is probably the deciding factor of the solution’s success – that it is so simple, yet so reliable. Since it reacts to red, it is triggered by blood only, and the number of false alarms is effectively limited to zero. Redsense is the first and only product on the market that is able to do that, and our technology has FDA clearance for both in-centre and at-home use.”

While the early concept still remains the core of the technology, several complementary features have been added over the years. By now, the once passive detector has been equipped with several modes of active intervention as well; this development that has proven timely, as it facilitates and brings additional momentum to what may be the most important macro-trend in kidney care today: the widespread transition to at-home therapy, which makes life easier and much more convenient for the patients who are able to adopt the modality.

“The current generation of the device implements a standard for dialysis machine integration. Some manufacturers support the standard too – and hopefully, more will follow. We are also in the finishing stages of clinical testing of a connection to the nurse call system of the clinic, a new functionality that will help nurses notice and respond quickly when the alarm sounds.”

When the Redsense device is connected directly to the dialysis machine, the blood pump can be stopped automatically without human intervention, sparing the patients a lot of anxiety and suffering when an accident does occur. As an additional benefit, in the clinic setting, this can also reduce the need for manual surveillance and allow staff resources to be allocated more efficiently. These advantages are especially valuable in the context of nocturnal and at-home dialysis, where the risks associated with venous needle dislodgement would otherwise be aggravated by the relative lack of care resources on location – particularly for high-risk patients.

“What we really want is to be able to intervene to save lives immediately, independent of the dialysis machine in use and without having to rely on humans responding to the alarm. Therefore, we are in the process of developing an accessory device that will be able to clamp the bloodline. We call it the Redsense Clamp. When it is finished – and we are testing the prototype now – it will empower the alarm to stop the blood flow on its own, because a clamped line forces the pump to stop at once.”

This is good news for the close to four million patients that undergo haemodialysis treatment due to chronic kidney disease worldwide, a number that is projected to keep growing by six percent annually, driven by factors such as an ageing population. The treatment is essential and must be carried out several times per week, making it a cumbersome disease to manage, with significant interference in daily life.

“Interest in dialysis at home is surging. There are so many benefits: the cost is lower, it frees up time, the setting is more comfortable and relaxing for the patient. Most importantly, it favours the clinical outcome. It is the epitome of progress, a degree of freedom that used to be unimaginable,” explains Patrik Byhmer. He continues:

“It is partially driven by technology improvements – and Redsense is a key player in that regard – but what really shifted the tide in favour of the home modality was the Advancing American Kidney Health Initiative.”

This new policy, launched through Executive Order by President Trump in 2019, aims to encourage early detection and prevention of chronic kidney disease to improve a costly and worrying healthcare situation where 15 percent of U.S. adults suffer from the condition. The revised incentives include a radical restructuring of Medicare payment models to make home therapy more financially attractive than in-centre treatment. Of course, the ongoing pandemic only highlights the value of not being restricted to clinics.

“The new payment model will be applied from the turn of the year, and it will significantly boost the demand for home dialysis, which already grows nine times faster than in-centre treatments. As a consequence, the large dialysis providers have started to expand their home dialysis operations considerably, and transitional care units are opening en masse to inform patients about the available treatment options. The transformation is still in its infancy, the potential for additional growth is still huge,” says Patrik Byhmer.

A standard of care in the making

Currently, all top five U.S. dialysis care providers, with a combined patient base of close to 500,000 patients, and three of the top five U.S. nephrology hospitals use Redsense in their clinical practice.

“We want to see the Redsense Alarm established as a standard precaution for kidney patients all around the world, to ensure that any needle dislodgement is noticed and rectified, and we are growing towards that goal. Awareness is rising, not least thanks to our continuous training of nurses in how to use the system, and providers and clinics are adopting it because it offers the most efficient way to enhance patient safety,” says Patrik Byhmer.

A pivotal point in Redsense’s expansion came in 2010, when the U.S. federal agency Department of Veterans Affairs, which provides healthcare services to 9 million military veterans through a nation-wide network of clinics, made it mandatory to use the Redsense Alarm for patients identified as being at risk of venous needle dislodgement. The decision followed an analysis of bleeding episodes in facilities operated by the agency, where the dialysis machines in many cases had failed to alarm.

“We made an early move to the American market. We had to internationalise to acquire sufficient market shares, and for us, the regulations there acted as a driver of demand. We are not afraid to move into uncharted territory,” says Patrik Byhmer.

In the long term, Redsense plans to expand and refine the use of the Redsense technology to new areas and novel, innovative applications.

A low-cost, disposable sensor layer for assessment of blood and exudate in wound dressings was a concept that originated in 2018 and has been under development since. The product will be marketed as an add-on to existing wound care products and is based on the proprietary sensor platform from the Redsense Alarm, but with additional built-in ability to perform a variety of optical measurements with the help of 3D-printed, micrometre-scale optical switches. The sensor layer, which can be easily integrated into the dressing, connects to a microprocessor, and reports the physiological parameters relevant to the wound healing process in real time.

“Surprising as it may seem, a high-tech approach to wound care can unlock an array of benefits and enable a level of individualisation that could reduce care costs significantly. Optimising the use of dressings and bandages in wound care can be very challenging. The purpose of the dressing is to absorb fluid from the wounds, but it can be difficult to assess when the dressing is filled and in need of replacement. Often, dressings are removed from wounds before they are fully healed, potentially tearing up the wound, prolonging the healing process and wasting resources.”

The wound care project reached a number of milestones during 2019, when a Swedish patent was approved, a prototype was successfully tested, and a first international patent opinion received a positive response. Contacts with global wound care operators are also underway. This year, the company explored AI processing of wound monitoring data.

“We are creating a new business area around this project right now. We really believe it can be revolutionary for the global advanced wound care market, which is worth more than $10 billion in total. We are particularly interested in burn wounds,” says Patrik Byhmer. “In the end, it is all about improving the life of patients.” 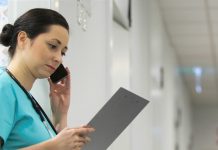 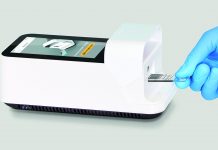 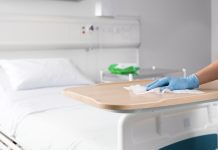 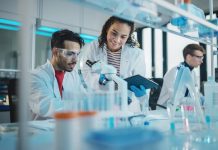