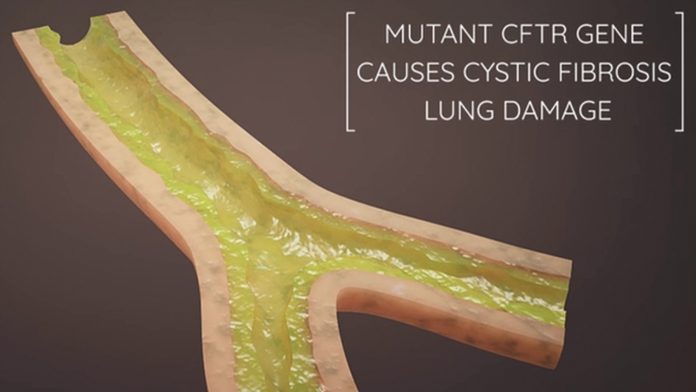 OmniSpirant Limited is an Irish company developing a regenerative gene therapy with the potential to transform respiratory medicine.

The innovative OmniSpirant platform is based on the use of engineered stem cell exosomes as regenerative carriers for inhaled gene therapy. Exosomes are nanosized vesicles that are naturally produced by virtually all cells and are involved in cell-to-cell communication. Large volumes of recent research highlight the vast potential of stem cell exosomes as transformative regenerative gene therapy and medicines.

The engineered exosome platform will initially be used to develop a first-in-class regenerative gene therapy for cystic fibrosis. OmniSpirant’s patent-pending method of surface engineering exosomes enables the exosomes to efficiently penetrate mucus and enter into the targeted lung cells, for the first time demonstrating widespread and efficient entry into the high number of cells that are required for truly successful cystic fibrosis gene therapy. The enhanced delivery also has the potential to maximise the regenerative effects mediated by the stem cell exosomes. In the future, it is hoped that this platform will prove useful for treating COPD, lung cancer and many other lung diseases.

The lead product, OSL001, is designed to combat the respiratory dysfunction caused by cystic fibrosis, a genetic disorder (caused by mutations in the CFTR gene) affecting about 80,000 people worldwide.

The aim of cystic fibrosis gene therapy is to replace the mutated CFTR gene with a healthy copy; the concept was proven over 20 years ago and is simple in principle but has failed to show significant clinical study benefits to date. The main problem is the efficient delivery of the gene to lung airway epithelial cells.

Specifically, the thick mucus in the lungs of cystic fibrosis patients is a barrier that traps the carriers used to deliver inhaled CFTR gene therapies such as nanoparticles and viral vectors. These trapped gene therapy carriers are mostly cleared from the mucus layer before they can penetrate into the underlying cells and introduce their genetic cargo.

The lung cell membrane can also block the entry of gene vectors and even when traditional gene therapy carriers can enter into the cells, they may not be processed efficiently for gene transfer. Viral vectors may also be hindered by the generation of therapy-inactivating host immune responses. Furthermore, these gene transfer vectors may be immunogenic and elicit adverse inflammatory responses.

So, how does the regenerative gene therapy work?

The OmniSpirant solution uses inhaled stem cell exosomes to deliver a working copy of the defective CFTR gene, which can efficiently penetrate the protective mucus barrier and efficiently enter into the underlying target cells of the airways. These stem cell exosomes are therapeutic (regenerative, anti-inflammatory, antimicrobial and antifibrotic), non-immunogenic, and can also be tailored via genetic modification of the parent stem cells to create ideal inhaled gene therapy vectors for any lung disease.

Uniquely, these nanosized stem cell exosomes have regenerative properties and may be able to reverse disease damage in the lung. Additionally, it is expected that the exosomes will not cause genotoxicity as with mRNA gene therapy there is no risk of potentially carcinogenic genomic integration that is a major safety concern for integrating viral vector gene therapies.

The hope is that these exosomes will be more effective (improved lung function, reversal of lung damage and superior CFTR gene expression and function), safer (lower side effects and immune responses) and be applicable to 100% of the global cystic fibrosis population.

These properties could improve both the survival rates and the quality of life of cystic fibrosis patients. Importantly, stem cell exosomes have the potential to regenerate the disease-damaged lung in cystic fibrosis and other widespread inflammatory lung diseases such as COPD.

The platform could provide a potentially disruptive therapeutic modality for many other lung diseases where there are currently no effective treatment options for patients, e.g. COPD, which affects up to 500 million patients and is the world’s third leading cause of death. Preliminary studies are underway to evaluate the breakthrough potential to treat COPD with stem cell exosomes that have been genetically modified for disease-targeted regenerative effects.

OmniSpirant has received funding from the European Union and a Horizon 2020 SME Instrument Phase I work programme is currently active. The company is also seeking to raise seed capital during 2019 to accelerate product development.

OmniSpirant is partnered with the Celtic Advanced Life Science Innovation Network (CALIN), a four-year Ireland-Wales INTERREG operation funded by the European Regional Development Fund. The company benefits greatly from accessing the knowledge and expertise at the National University of Ireland Galway and Cardiff University and works in co-operation with exosome and regenerative medicine experts such as Professor Arwyn

Are antidepressants for chronic pain effective?

An existing drug could provide a potent treatment for acute leukaemia