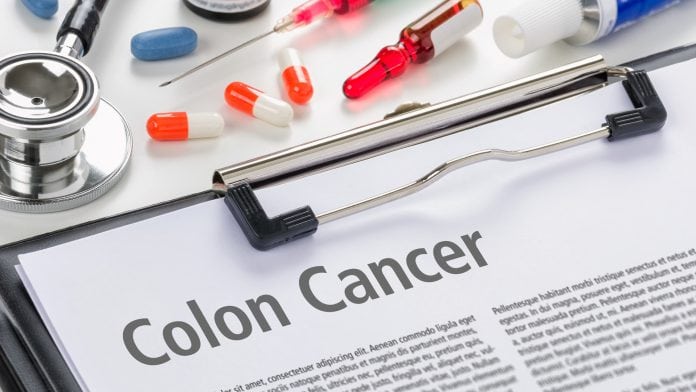 Recent research is advancing our understanding of the link between acute and chronic inflammation and cancer, as Health Europa explores.

Inflammation plays an important role in protecting the body against injury and infection, but so too can it contribute to the development of serious illnesses such as cancer. In this article, Health Europa highlights a series of recent studies that examine the relationship between acute and chronic inflammation and cancer, including prostate and colon cancers, as well as those caused by Kaposi sarcoma herpesvirus (KSHV).

Inflammation and cancer of the colon

A recently published study from the Institute for Research in Biomedicine in Barcelona (IRB Barcelona), Spain, part-funded by the European Research Council, has uncovered a new mechanism that contributes to the development of inflammation-associated colon cancer.1
According to the authors, this finding could support future therapeutic approaches to chronic inflammation-related tumours.

Over one million people are currently diagnosed with colon cancer every year. While many of these cases are spontaneous, one of the main drivers of the disease is chronic inflammation.

Now, however, researchers believe they may have found a way to tackle this.
Writing in EMBO Molecular Medicine, the scientists, led by Angel R Nebreda, head of the Cell Signalling and Cell Cycle Lab, have revealed that myeloid cells, which belong to the leucocyte family and make up part of the innate immune system, use p38 protein signalling to support inflammation-associated colon cancer.

“Our study demonstrates that the capacity of myeloid cells to enhance tumorigenesis is determined by the protein p38. In particular, we have identified an important contribution of the hormone IGF-1, which is activated by p38 in myeloid cells,” explains Nebreda.

The researchers say IGF-1, which is similar to insulin, could therefore be a useful therapeutic target in inflammation-related intestinal diseases, especially when considered in combination with prior detection of inflammatory infiltration in biopsies of patients and levels of IGF-1.

“We found that p38 inhibition specifically in myeloid cells protects mice against inflammation-associated colon cancer, and this protective effect is associated with a reduced production of chemokines, which are crucial for the recruitment of cells from the immune system,” says Catrin Youssif, first author of the study and IRB
Barcelona alumnus.

This finding is particularly exciting as currently only low success rates have been achieved by pharmacological inhibitors of p38 in clinical trials in patients with intestinal inflammatory disease who are predisposed to colon cancer.

“On the basis of our findings, we propose that decisions regarding therapy should take into consideration the inflammatory conditions and the levels of IGF-1 in biopsies of patients with inflammatory intestinal diseases or colitis-associated cancer,” the study’s authors conclude.

Inflammation and cancer of the prostate

Elsewhere, scientists at Osaka University in Japan have highlighted the importance of a high-fat diet (HFD) and inflammation to the progression of prostate cancer, which was diagnosed in an estimated 1.1 million men in 2012.2

Studies in mice have previously suggested that high-fat diets may be associated with prostate cancer progression and survival, while, in humans, inflammation and immune cells have similarly been linked to the disease.

However, although much is understood about the way high-fat diets increase serum proinflammatory cytokines (small proteins that play an important role in cell signalling), less is known about whether tumour progression resulted from these cytokines.

Now, Osaka University researchers have successfully identified the mechanisms of the associations of prostate cancer with inflammation and immune responses.

The study’s lead author, Takuji Hayashi, explains: “We administered an HFD and anti-inflammatory drug, celecoxib, to a genetically engineered autochthonous mouse model, which corresponds to somatic mutations of human prostate cancer model mice.
“Tumour growth was evaluated by tumour weight and Ki67 stain, and local immune cells were assessed by flow cytometry at 22 weeks of age. Further, cytokines that correlated with tumour growth were identified.”

According to the study, which was published in the journal Clinical Cancer Research, high-fat diets accelerated tumour growth and increased the myeloid-derived suppressor cells (MDSCs) fraction and the ratio of M2/M1 macrophages, major types of immune cells, in the model mice.

The population of MDSCs, which are responsible for regulating immune responses and tissue repair in healthy individuals, rapidly expands during inflammation, infection and cancer. Celecoxib was found to suppress tumour growth and proved to reduce local MDSCs and the M2/M1 macrophage ratio in the mice which had been fed with a high-fat diet.

The administration of an antibody specific to the receptor of the cytokine IL-6 meanwhile suppressed tumour growth and decreased local MDSCs and pSTAT3-positive cell fractions in mice fed with the high-fat diet. The tumour-infiltrating CD11b-positive cell count was also found to be significantly higher in prostatectomy specimens of obese patients than it was in those of non-obese patients with prostate cancer.

According to corresponding author Kazutoshi Fujita, these results imply that high-fat diet-induced prostate cancer growth via IL-6 signalling might exist in obese humans. As such, anti-inflammatory drugs like celecoxib may be clinically beneficial for obese patients with prostate cancer.

Fujita adds: “An improvement of dietary habits or an intake of analgesic may lead to prophylaxis and contribute to the treatment of prostate cancer.”

This research comes after scientists in the USA have demonstrated the important role of the human protein CADM1 in the development of cancers caused by KSHV.3

Viruses such as KSHV are linked to approximately 12% of all cancers; for instance, KSHV causes Kaposi’s sarcoma and primary effusion lymphoma. Both are associated with chronic inflammation brought on by the abnormal activation of the human protein NF-κB in KSHV-infected cells, but the molecular mechanisms of NF-κB activation are not well understood.
Led by Richard Hunte, researchers at the University of Miami, Florida, had previously found that CADM1 might contribute to NF-κB activation caused by HTLV-1, another cancer-related virus. In a recent study published in PLOS Pathogens, they investigated whether CADM1 plays a similar role in KSHV-infected cells.

After infecting primary human cells with KSHV, the team found that CADM1 levels in the cells increased significantly within hours of infection. What’s more, they identified the CADM1 protein level as being significantly high in KSHV-caused cancer cells.

The use of artificial or ‘short hairpin’ RNA molecules to suppress CADM1 production in KSHV-infected cells revealed that CADM1 is necessary for NF-κB activation in these cells.
The researchers then turned their attention to whether CADM1 interacts with the proteins vGPCR and vFLIP, which are encoded in the KSHV genome and have previously been linked to NF-κB activation. Not only did they discover that CADM1 is required for vGPCR and vFLIP-mediated NF-κB activation, but they also demonstrated that a particular stretch at one end of the CADM1 protein is crucial for this process. Subsequent experiments showed that CADM1 production is necessary for the survival of KSHV-infected cells.

Taken as a whole, these findings suggest that, in addition to promoting chronic inflammation, CADM1 is central to the survival and growth of cancer cells associated with KSHV infection.

This research is especially noteworthy given that CADM1 plays the opposite role in other cancers, where it suppresses the growth of melanoma, lung cancer and other solid tumours.