Researchers from the University of Rhode Island and The Miriam Hospital have found a potential new bladder cancer treatment.

Researchers have found that a cancer-seeking molecule called pHLIP can successfully target tumours in human bladders. The molecule can light up cancerous lesions, thus making them easier for surgeons to remove. Their research also found that pHLIP peptides could penetrate and kill bladder cancer cells in a petri dish when combined with a powerful toxin called amanitin.

The researchers say their findings could lead to clinical trials to assess the effectiveness of pHLIP as a bladder cancer treatment.

“Bladder cancer can be a devastating disease, and case rates are rising, particularly here in Rhode Island. Our results suggest that pHLIP peptides could potentially be used to aid in fluorescence-guided surgeries or in targeting therapeutics to bladder and perhaps other urinary tract cancers,” said Yana Reshetnyak, a physics professor at the University of Rhode Island and a study co-author.

The study is published in the journal Frontiers in Urology.

pHLIP could make for an efficient bladder cancer treatment

Yana Reshetnyak and Oleg Andreev, both professors of physics at the University of Rhode Island, have been developing pHLIP technology as a potential bladder cancer treatment since 2004, alongside Donald Engelman of Yale University. The molecule targets cancer cells through their acidity, which is a hallmark of malignant tumours. The area surrounding healthy cells should have a neutral pH of around 7.4. Cancerous cells have a much lower pH, usually between 5.5 and 6.5.

“We knew that cancer cells tend to be acidic, and here we had this peptide that only crosses a cell membrane when the pH is low. That’s when we started thinking this might be useful in cancer treatment,” said Reshetnyak.

Reshetnyak, Andreev and Engelman furthered their study of the peptide and found that it could target cancer cells while leaving surrounding healthy cells untouched. They also found that other molecules could be attached to pHLIP, such as chemotherapy and immune-modulating drugs. The pHLIP peptide could deliver these molecules directly to the cancer cells and escort them through the cell membrane.

The researchers then tested the peptide as a bladder cancer treatment through a trial at The Miriam Hospital.

To test whether pHLIP agents might be helpful in treating bladder cancer, the pHLIP team worked with Dr Dragan Golijanin, director of Genitourinary Oncology at The Miriam Hospital.

A group of 26 patients, whose bladders had to be removed as part of their bladder cancer treatment, were selected to take part in the study. After the participant’s bladders were removed, they were injected with a solution of pHLIP molecules combined with a fluorescent molecule. The researchers then placed a small camera in each bladder to examine the results. The experiment showed that pHLIP-ICG illuminated tumours with high sensitivity and specificity. It was determined that pHLIP-ICG improved cancer detection by 17% compared to a widely used diagnostic method.

“We showed that you could potentially do cystoscopy by injecting pHLIP-ICG about 15 minutes before the procedure, and you can see all the malignant lesions. This could give us better cancer clearance and better resection of tumours at the time of cystoscopy. It’s much less cumbersome than other methods that take at least an hour, which is not a pleasant waiting time for the patient,” said Dr Golijanin.

“This approach to imaging and the approach to treatment go hand-in-hand because they follow the sample principle. I think it has the potential to revolutionise non-muscle-invasive bladder cancer treatment.” 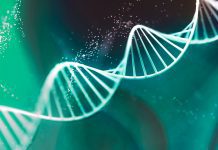