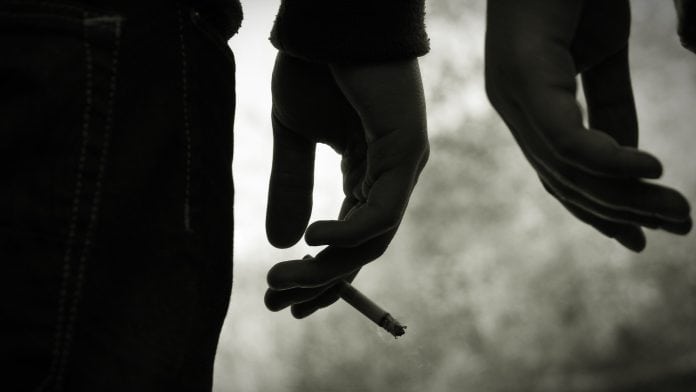 New research has observed that smoking and alcohol use can cause arterial stiffness in teenagers, even at low levels.

The research, published in the European Heart Journal, also demonstrated that, while even low levels of exposure to smoking and alcohol use can cause arterial stiffness in teenagers as young as 17, these effects can be reversed if young people give up smoking or drinking alcohol.

The study was undertaken by a team from the University College London Institute of Cardiovascular Science, UK, which surveyed 1,266 participants in the Avon Longitudinal Study of Parents and Children (ALSPAC) on their smoking and alcohol use with questionnaires at 13, 15 and 17 years. Participants were sorted by the frequency and intensity of their alcohol consumption, and the status and intensity of their smoking.

The researchers found that even low levels of smoking or alcohol consumption were associated individually and together with increased arterial stiffness, and that the intensity of either compounded the impact on pulse wave velocity between the carotid and femoral arteries.

What did the researchers say about their results?

The report’s senior author, Professor John Deanfield, told the BBC that while smoking and drinking alcohol have an impact on arterial stiffening in young people, the effect can be reversed. He said: “Drinking and smoking in adolescence, even at lower levels compared to those reported in adult studies, is associated with arterial stiffening and atherosclerosis progression. However, we also found that if teenagers stopped smoking and drinking during adolescence, their arteries returned to normal – suggesting that there are opportunities to preserve arterial health from a young age.”

Based on this possibility, the researchers concluded that new public health strategies would be vital to preventing the adoption of drinking or smoking habits in adolescence, or to encourage young people to give up these habits, in order to preserve or restore arterial health in teenagers.