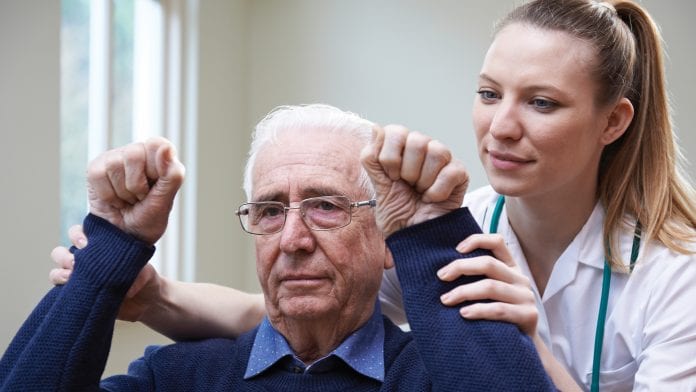 Recently, the European Stroke Organisation (ESO) released a major policy document – the European Stroke Action Plan (ESAP) for the years 2018 to 2030.1 The action plan will serve as an important source of reference on actions needed to increase efforts to prevent stroke and to improve stroke services. The document was prepared in co-operation with the Stroke Alliance for Europe (SAFE), the alliance of patient organisations.

The European Stroke Action Plan was prompted by accumulating insights on the need to substantially change the attention given to stroke in a policy and priority perspective so that efforts, actions and investments should be proportional to the effects of stroke on public health. Stroke is the second most common cause of death in Europe. Every year, up to 1.3 million people in Europe suffer a first-ever stroke.

Consequently, the socioeconomic impact of stroke is considerable, with an annual cost in Europe of up to €45bn. Projections predict that the overall stroke burden in Europe will have further increased another 35% by the year 2050 due to, for the most part, ageing of the population. Based on recently published studies, the age-standardised incidence of stroke in Europe at the beginning of the 21st Century ranged from 95 to 290/100,000 per year.

Specifically, while an overall decline in stroke incidence was noted in the last two decades, several Central and Eastern European countries are still experiencing increasing rates in stroke incidence and stroke-related mortality. However, there is growing evidence that acute strokes will be both more preventable and treatable in the near future. In only a few decades, scientific advances such as stroke unit care, thrombolytic therapy and thrombectomy have dramatically changed the possibilities to treat acute stroke and improve the prognosis.

There are considerable variations in the quality of care for stroke patients in Europe, both between and within countries. ESO, the European Society of Minimally Invasive Neurological Therapy (ESMINT), the European Academy of Neurology (EAN) and the patient organisation SAFE performed a survey of scientific societies and stroke experts,2 in which the best available information on access to and delivery rates of these treatments was collected from 44 out of 51 European countries.

The estimated mean number of stroke units was 2.9 per million inhabitants (95% CI 2.3–3.6) and 1.5 per 1,000 annual incident strokes (95% CI 1.1-1.9), respectively. Intravenous thrombolysis was provided in 42 of 44 countries. The average treatment rate was 7.3% of incident ischaemic stroke patients for intravenous thrombolysis (95% CI 5.4–9.1), and 1.9% for endovascular treatment (95% CI 1.3–2.5). However, countries with the highest rates reached proportions of treated patients of 20% and 6%, respectively. Despite scientific evidence and clinical guideline recommendations, this data shows that too many patients are not treated in stroke units and centres that can offer the best evidence-based treatment in the acute phase.

The European Stroke Action Plan builds on two previous pan-European consensus meetings, the 1995 and 2006 Helsingborg meetings, which were convened to review the scientific evidence and the state of current services, and to set targets for the development of stroke care for the decade to follow.

The ESAP adheres to the format of the Helsingborg Declarations, presenting a review of the ‘state of the art’, the state of current services, research and development priorities, and targets for the main domains in stroke care (Primary Prevention, Organisation of Stroke Services, Management of Acute Stroke, Prevention, Rehabilitation, Evaluation of Stroke Outcome and Quality Assessment, and Life After Stroke).

For each domain of the European Stroke Action Plan 2018 to 2030, specific targets were set. Beyond these targets, four over-arching targets for 2030 were identified:

Stroke remains one of the leading causes of death and disability in Europe despite being preventable – do you think this is indicative of a lack of commitment to address the disease on the part of policymakers and health authorities?

The prevention of stroke is a commitment shared between governmental bodies/ministries of health, healthcare planners and administrators, and healthcare professionals. The activities of all of these actors have for a long time been insufficient, and changes have been slow, as shown by the follow-up of the WHO Global Action Plan on non-communicable diseases. Governmental actions are important as they can lead to population changes in lifestyle factors like physical activity, smoking, alcohol use, and diet.

But the lesson learnt is that implementing health-promoting changes is difficult and may be counteracted by economic interests from industry and a political inertia to taxations and legislations that may meet resistance from voters. Nevertheless, case studies have shown that governmental actions are indeed possible and can lead to substantially reduced risk of stroke.

What main actions will be needed to successfully reduce the absolute number of strokes in Europe by 10%, and do you believe this is a realistic target?

An important component in reducing the risk of stroke is treating patients with atrial fibrillation with anticoagulants, both before a first stroke occurs and after an ischaemic stroke.

For example, in Sweden, the absolute number of ischaemic strokes decreased by 17% from 2010 to 2017, providing a proof-of-principle that it is possible to make changes of the magnitude targeted in the action plan. Reducing the absolute number of strokes will be needed to prevent the capacity of the health systems from ‘flooding’.

What can be done to widen access to and reduce variations in quality stroke care?

A first step is to have reliable information on the quality of stroke care. In some European countries, national quality registers for stroke are in place, and similar registers need to be established in all the European countries. You cannot follow a development, the progress of implementation, and changes in inequalities without robust data.

ESO started a quality improvement programme3 which is composed of the following pillars in order to reduce inequalities in European stroke care:

How did you arrive at the research priorities outlined in the Action Plan for Stroke in Europe 2018-2030?

This was a sequential process. For each domain, two persons had a main task to draft potential research areas. These were then further developed within each domain, and later on co-ordinated and aligned across all the different domains.

The entire process was transparent, open to public comments and input, and free from involvement of the industry. A separate working group identified research priorities for translational stroke research.

What are the next steps with the European Stroke Action Plan?

After the preparation and release of the ESAP in 2018, the implementation phase has now started and is currently being set up by ESO. In the pipeline are promotion of quality registers, monitoring of progress, establishing networks of national societies, and much advocacy work.

Recommended Related Articles
Are people getting a stroke at a younger age?
22 new genetic risk factors for stroke have been identified
Antiepileptic drugs increase risk of stroke for those with Alzheimer’s disease