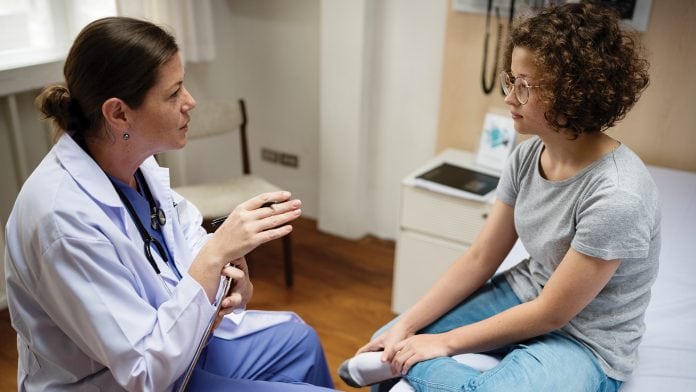 The European Psychiatric Association Section of Suicidology and Suicide Prevention reflects on the emergency department as a site for suicide risk management and prevention.

The emergency department (ED) is the setting where all critical emergencies, including severe life-threatening conditions and suicidal behaviours, are assessed. One of the many challenges for the clinicians working in the emergency department is that they must learn to leave aside their prejudices when treating people with thoughts or acts of self-inflicted harm.

Suicide prevention is an integral part of the Mental Health Action Plan of the World Health Organization (WHO),1 with the goal of reducing the rate of suicide in countries and raising awareness of suicide as a public health issue. Furthermore, the WHO executive summaries state that healthcare services need to incorporate suicide prevention as a core component. Suicide is qualified as an emergency; thus, if a suicide risk (implicit or explicit) is identified, the patient’s safety followed by suicide risk assessment has to be guaranteed.

Close to 800,000 people die due to suicide every year, which is one person every 40 seconds. Many more attempt suicide. Suicide occurs throughout the lifespan and is the second leading cause of death among 15-29-year-olds globally.2 Every year many ED visits are directly related to suicidal behaviour.3 Therefore, the emergency room plays a key role in suicide risk management. Furthermore, up to 39% of people visiting an ED following a suicide attempt go on to reattempt, and this risk is even higher for those with a history of multiple attempts.4 Suicidal thoughts or behaviours may be presented as the reason for the visit, but also as a part of another mental health complaint or hidden by other reasons, so suicide risk could be undetected. Most prevalent suicide risk factors include depression and previous suicide risk, but many patients who attempt suicide do not actually have a current or past history of mental health disorder.4

To identify people at risk, ED providers must be able to preliminarily assess warning signs and risk factors, and they should call the consultant mental health specialist for further assessment and recommendations. The consultant psychiatrist is also called in cases of suicide attempt or self-injury to refer patients to immediate hospitalisation or post-discharge advice.

Three methods of suicide risk screening in the general population referring to ED can be described, including indicated, selective, and universal screening. The first is directed to individuals with apparent signs of risk or conditions associated with suicide risk. The second is for individuals in a high-risk group for suicidal thoughts and behaviours (lifetime or chronic risk factors for suicide). The third involves all ED patients.

While the Joint Commission requires us to identify patients at risk for suicide,5 the utility of universal ED suicide screening is still controversial, especially regarding a mortality benefit. However, only 8% of ED physicians screen most of or all patients for suicidal ideation.6 Instead, a selective screening can be useful: the ED-SAFE multi-centre study found that secondary suicide risk screening in ED patients with recent suicide attempts or ideation resulted in a 5% decrease of subsequent suicide attempts and a 30% decrease in the total number of suicide attempts over a 52-week follow-up period.7

Suicide risk assessment in the ED should ideally be quick and undemanding for the ED provider; anyway, there are only a few available standardised measures to assess suicide risk. The most used are the ‘Modified SAD PERSONS score’ and the ‘Manchester Self-harm Rule’, which are quite sensitive but poorly specific, thereby yielding false positive results.7 A concurrent clinical interview with a consultant for real risk estimation and connection with supportive systems and psychiatric care are mandatory.8

Besides the ED assessment of suicide risk, a further challenge for suicide risk and/or suicide attempts is the post-discharge period. Hence, the patient’s discharge from hospital should be carefully evaluated against the involved risks: while the literature reports about many strategies for suicide prevention after discharge, their efficacy is still debated.9 For patients at low risk, useful recommendations may be referral to primary care or outpatient mental health providers. In cases with a moderate risk, safe discharge requires a ‘safety plan’ that the patient can use before or during a crisis. The patient should be able to identify warning signs and to understand his/her coping strategies to face the situation,4 and the patient’s social network and its ability to offer support should be carefully evaluated, as suggested by ‘The European Psychiatric Association (EPA) guidance on suicide treatment and prevention’.14

Timely re-evaluation of suicide risk is crucial for patients discharged at home. Therefore, a first appointment with specialists in mental health needs to be scheduled within one week; providing a phone number and telling the patient to call on their own isn’t likely to be as effective.10

Basic suicide preventive measures should always be taken, such as limiting access to suicidal means and regular observation by family members or social services; extreme attention should be given both to follow-up precautions and to prescribing medication to a suicidal patient who is not hospitalised (e.g. prescription of small packages).11,12

The EPA Section of Suicidology and Suicide Prevention

The ‘EPA guidance on suicide treatment and prevention’13 has been developed by several members of the EPA Section of Suicidology and Suicide Prevention (EPA-SSSP), with first author Danuta Wasserman, one of the established sections of the European Psychiatric Association, aimed at:

The EPA-SSSP is aimed at improving research in this field and translating research findings into clinical practice. In this sense the section adheres to a bio-psycho-social perspective and involves an international and multidisciplinary network of researchers and clinicians. The EPA-SSSP now accounts for more than 150 members, including psychiatrists, researchers, psychologists and psychiatry trainees, and the section website has reached more than 7,000 viewers in 2017 from all over the world. The main objectives of the EPA-SSSP are raising awareness about suicide as an important public health issue and fighting the surrounding stigma, improving understanding of risk and protective factors, and disseminating best practices on management and treatment of the suicidal patients (specific website sections are indeed dedicated to congress activities, section members’ publications, activities, and past and upcoming events, but also resources and such initiatives like the flyers’ one).15 Considering networking as a key approach to scientific knowledge, EPA-SSSP members are constantly informed on what is new in this clinical and research field with a monthly newsletter and encouraged to promote initiatives occurring in their countries in order to share experience and knowledge on suicide prevention.16