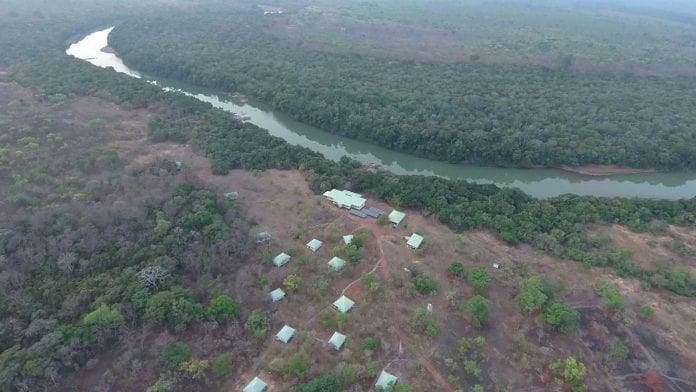 There is a pressing need to better understand sustainable antibiotic use and the evolution of resistance in infectious diseases.

The evolution of antibiotic-resistant pathogens poses one of the greatest challenges to humans today. However, we are not the only organisms that make use of antimicrobial compounds. The production and application of antimicrobial compounds to counter the effects of diseases has been documented in a number of organisms and their symbionts. Despite the frequency with which they are found, a major question remains as to why these antimicrobials do not always trigger the rampant evolution of antibiotic resistance in the diseases they target. Understanding both sustainable antibiotic use and how resistance evolves in target antagonists is critical for the prevention of major epidemics of antibiotic-resistant pathogens in the near future.

Pathogens and hosts are locked in a constant evolutionary battle. This has resulted in the evolution of powerful host immune systems to detect and neutralise pathogens entering host bodies. In addition to individual immune systems, social organisms such as primates and social insects (e.g. termites) have social immunity: animals work together to fight disease.

Work on social insect defences has almost exclusively focused on behavioural, physiological and chemical defences in the host themselves and only rarely considered the presence and role of symbiont contributions to defence. Health Europa explores further the potential of sustainable antibiotic use.

In focus: the fungus-farming termite symbiosis

Fungus-farming termites (Fig. 1) are social insects with a sophisticated agricultural symbiosis that predates human farming by circa 30 million years and, in stark contrast to virtually any other organism, do not appear to suffer from specialised diseases. The farming termites have coevolved with a basidiomycete fungal cultivar (genus: Termitomyces) that is maintained in external fungal gardens (combs) on a substrate of plant material.

To maintain the fungal gardens, workers divide tasks based on their age. Older workers forage for plant material, which inside the nest is handed over to younger workers, who consume the plant material that passes through their gut before it is deposited on the fungus comb. The gut of these termite workers hosts a diverse microbial community.

Thereafter, the partly decomposed plant matter is deposited on the fungus combs as faeces, where the Termitomyces fungus will fully digest it and produce small, nutrient-rich fungal nodules for the termites to consume. This tripartite association originated in sub-Saharan Africa and has diversified to include more than 330 described termite species, more than 40 described species of Termitomyces fungus, and complex and specific core gut microbial communities.

The fungus-farming termite symbiosis has become the major ecosystem engineer and primary decomposer of plant biomass in African savannah ecosystems, with important consequences for soil turnover and nutrient and water leakage that even help sustain vegetation growth, increase vegetation heterogeneity, and support large herbivores. The decaying wood substrate harvested by the termites to create manure for the Termitomyces fungus contains microbes that could invade colonies and compete with, or parasitise, the termites or the fungus.

However, to date, efforts to identify specialised diseases of the symbiosis have been largely unsuccessful. This apparent lack of specialised diseases represents a promising avenue for future research as the termites potentially have overcome a major challenge in public health: sustainable defence against pathogens without the concomitant evolution of antibiotic resistance – could this possibly lead to sustainable antibiotic use?

Capitalising on recent work in the Social and Symbiotic Evolution Group at the University of Copenhagen, the European Research Council (ERC) consolidator grant DEFEAT (DiseasE-FreE social life without Antibiotic resisTance; project number 771349) will allow the development of this farming symbiosis as a model to test three overarching questions (I-III) that collectively may account for the avoidance of resistance evolution and possibly lead to sustainable antibiotic use.

1. Do antimicrobial compounds have properties or evolve in ways that preclude resistance evolution?

Recent advances in antibiotic discovery suggest that certain types of antimicrobials may have mechanisms (modes of action) that do not induce resistance evolution, e.g. by preventing the formation of new cell walls and thereby restricting cell division. DEFEAT will, for the first time in a natural system, test whether the defensive compounds from the termite host, its fungal crop, and gut bacterial communities have remained effective due to antimicrobial properties that do not induce resistance.

This will be tested using comparative analyses of the evolutionary histories, rates of sequence evolution, and modes of action of the antimicrobials produced by all symbiotic members in the association.

2) Does resistance only evolve against individual and not cocktails of compounds?

Antibiotic application selects for the evolution of resistance in target pathogens, but this does not appear to be the case in farming termites. DEFEAT will use experimental evolution approaches to test if resistance in relevant antagonists can be induced through continued exposure to single compounds or antimicrobial cocktails. This will establish if the key to a successful defence is the application of complex antimicrobial cocktails. Following up on the insights from this approach, application of -omics and modelling tools will be employed to assist in deciphering the mechanisms underlying resistance evolution and the persistence of susceptible antagonists.

3) Can pathogen infections only succeed if pathogens bypass all consecutive lines of defence?

Termite nests are fortresses that protect from harsh environments and the entry of alien organisms. Antagonists can supposedly only enter via the plant materials foraged for the termite fungiculture. DEFEAT will test the prediction that antagonists have to bypass a set of consecutive lines of defence in order to invade and proliferate (Fig. 2):

Obtaining answers to these three questions, formed into the work packages illustrated in Fig. 3, will provide fundamental novel insights into the success of complementary symbiont contributions to defence. More broadly, it will clarify the forces of natural selection that have allowed long-lived social insect colonies to evolve sustainably in the face of continued pathogen threats.

Documenting and understanding these disease management principles is fundamentally important for several branches of evolutionary biology and strategically important for adjusting human practices for future antimicrobial stewardship. Furthermore, in addition to answering fundamental questions about termite life history and the evolution of antimicrobial resistance, DEFEAT may uncover novel antimicrobial compounds with the potential for development as pharmaceuticals, therefore potentially understanding sustainable antibiotic use.

DEFEAT will lead to the development of a framework of empirical and theoretical insights into resistance evolution in natural target organisms, with promising implications for sustainable antibiotic use perfected through natural selection.

Field work in the Ivory Coast

Experimental work will be carried out at Comoé National Park Research Station in northern Ivory Coast, in close collaboration with Dr Kone from Nangui Abrogoua University. The environment surrounding the research station is home to many different species of fungus-farming termites, enabling a comparative investigation of the evolution of termite antimicrobial defences.

The research station itself will give us access to the necessary infrastructure for establishing colonies in the laboratory – an approach that will allow us to tease apart specific termite defences and assess their overall contributions to preventing infections. Furthermore, our close partnership with Kone will capitalise on his extensive experience with termite rearing, allowing us to hit the ground running.