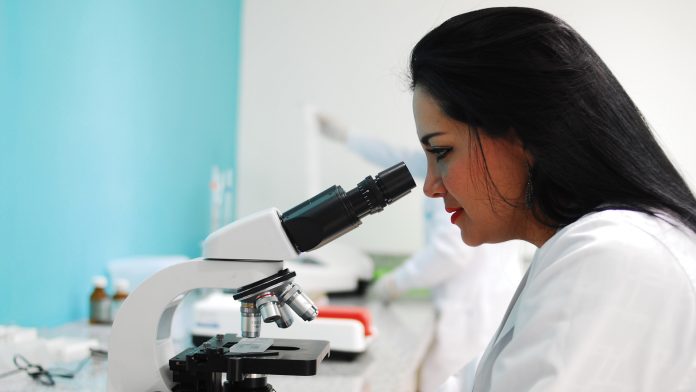 Executive director Pierre Meulien looks back on the successes of the Innovative Medicines Initiative as the pioneering public private partnership celebrates its tenth anniversary.

The Innovative Medicines Initiative (IMI) works to improve health and wellbeing by speeding up the development of, and patients’ access to, next-generation vaccines, medicines and therapies, especially for areas of unmet need. Funded to the tune of roughly €5bn (2008-2020), the programme represents an unprecedented collaboration between the EU (via the European Commission) and the European pharmaceutical industry (via the European Federation of Pharmaceutical Industries and Associations (EFPIA)) and is to date the world’s largest public private partnership (PPP) in life science.

The unique platform of the Innovative Medicines Initiative, now in its second phase, provides an invaluable opportunity for all those involved in healthcare research – from universities and pharma companies to patient groups and medicines regulators – to exchange knowledge and work together to enhance clinical trials, improve regulation, and develop new commercial possibilities.

Here, Pierre Meulien, who joined the Innovative Medicines Initiative as executive director in 2015, reflects on the first ten years of the initiative, the value of intersectoral collaboration, and the work still to be done.

An independent review of the IMI last year highlighted the promising results to have emerged from the development of a new Ebola vaccine as well as clinical trials in Africa and the positive opinions of patient organisations involved in the design of IMI projects, but also noted that it is difficult to define a return on investment (ROI) among the research programme’s activities. How would you respond to that?

It is extremely challenging to assess an ROI in monetary terms because many of our projects are either in initial clinical assessment or have a long way to go before they can be authorised for use as a vaccine, drug or diagnostic, etc. They are not yet commercial products, and any savings to health systems aren’t projected for another five or ten years’ time – or whenever the change has occurred in medical practice.

The IMI focuses on trying to accelerate the drug development process, and we build a lot of tools to do that. Our work on Ebola is a great example. Vaccine development is notoriously long, but during the epidemic in 2014, one of our projects managed to set up two clinical trials in just 18 months. That’s a record-breaking timeframe, and it’s thanks to the nature of the IMI platform, which really brings everyone together who needs to be together, including the local communities.

Our projects also look at changing the taxonomies of disease. U-BIOPRED, for instance, has completely redefined what severe asthma is in terms of people’s molecular and clinical profiles – something which could drive dramatic changes in both clinical trial design and regulatory pathways. Two other projects, BEAT-DKD and RHAPSODY, have meanwhile been involved in recently published research which showed that diabetes might in fact be five different diseases, which has huge implications for future treatments.

These are the kinds of invaluable results the IMI is delivering.

2018 marks the tenth anniversary of the IMI. Looking back, what would you highlight as some of its key achievements?

The first objective of the Innovative Medicines Initiative was simply to be a public private partnership (PPP). When the IMI began in 2008 it wasn’t at all obvious that the European Commission and the pharmaceutical industry in Europe would be able to build a very complex and large-scale PPP, so achieving that has I think been our main success. We are now ten years old and both the public and private parties have recommitted to the second phase of the IMI, which reflects a shared feeling that what we are doing is really adding value to the drug development ecosystem.

In fact, we are creating a new ecosystem: what’s special about the IMI is that not only are academia, industry and clinicians involved on both the public and private sides but, very importantly, we can bring in – proactively via funding – national regulators and health technology assessment (HTA) bodies, as well.

We can also bring in patient groups; we’re funding more than 30 patient groups that are involved in IMI projects. The experiential learning opportunities for those patients are really enormous, and already we are seeing that patient voice influencing the research direction.
One of our projects, EUPATI (European Patients’ Academy on Therapeutic Innovation), paved the way for training patients in R&D processes, and that has enabled them to become even more credible voices in both their own countries and IMI projects. I consider patient engagement to be one of the biggest achievements of the IMI.

How integral has the PPP model been to the success of the IMI?

Certain types of projects really lend themselves to a PPP. They tend to be the high-risk and complex ones, for instance antimicrobial resistance (AMR), which is of course a very high-profile topic. This is a great example of where companies have come together and decided that they can work with one another and share data amongst themselves and the public sector. It’s also an area where the public sector can really incentivise the private sector to do the work that needs to be done.

We also spend a lot of time on neurodegeneration and especially Alzheimer’s disease, where the difficulty lies in simply getting something that works onto the market. Many competing companies have tried and failed to do so, to the tune of some €8bn. They have now realised that they need to work together in a more precompetitive or non-competitive manner in those early stages of trying to understand more about the underlying biological mechanisms and pathways that are at play in Alzheimer’s. The EPAD (European Prevention of Alzheimer’s Dementia Consortium) project is building a unique clinical platform to allow for these early assessments, and that could not have been achieved without a PPP.

Indeed, the IMI really encourages, if not forces, companies to work together. There are ten or 11 pharma companies within our Alzheimer’s project who have spent the last ten years competing with one another but are now sharing their data and working alongside each other. That is unprecedented. The result has been an agreement to shift the bar downstream in terms of what precompetitive is, which is another great pathway that the IMI has inspired.

Another unique factor of the IMI in comparison with other PPPs is that the private side contributes in kind, not in cash. I’m not at all interested in money coming from the pharma industry; I’m interested in people – people with industrial experience being integrated into these projects. That way, the academics can educate the industrialists in terms of what cutting-edge technologies are being used in academia, and the industrialists can implement those into industrial practice, which is very impactful.

We’re trying to build what we call ‘end-to-end integration’, which means bringing together all these different parties. The nature of each consortium is such that you have the patients at the same table as the researchers, the regulators, the HTA bodies, and so on, and those discussions are very enriching and allow things to accelerate, while at the same time allowing researchers to avoid going down certain avenues that they might be scientifically interested in but which may lead to dead ends because of regulatory or economic issues.

How is the IMI contributing to the next generation of scientists and researchers to ensure that Europe remains at the forefront of medical research and drug discovery?

IMI projects are providing a fantastic platform for interactions between industrialists and academics, at all stages of their careers. In the future we will no longer think in silos. Instead, people will almost seamlessly transition between the two sides, and that will allow for much greater knowledge flow. The IMI is already facilitating that exchange.

Some of our projects have also been dedicated to the education and training of both the next generation of scientists and current professionals. Although many of them have ended, the educational programmes are still running because they’ve been so successful. Those programmes have been co-developed by academia and industry, as well, so students are getting the best of both worlds.

What do you see as the biggest challenges looking ahead to the close of the project in 2020?

We will of course continue our work on infectious diseases, AMR and neurodegeneration, but there are several other big topics that we would still like to have an input into and where we believe the PPP model could really make an impact.

The first is integrating digital technology even more into our projects. We have already done a lot in informatics, in the integration of data platforms and linking of research and clinical data, but now we’re looking at how we could remotely monitor certain things.

For instance, in our project PROACTIVE we’re getting qualification from the regulatory authorities to use a tool that would measure remotely – as a patient-reported outcome – activity after an intervention in patients with COPD. That gives rise to ideas around decentralised clinical trials; that is, if we could decentralise with new technologies and mobile devices and so on, could we track patient outcomes in clinical trials and assessments without people having to go into clinical research centres? That’s a big project.

At the same time, we desperately need to develop our scientific knowledge on immunology. Common disorders such as allergy, rheumatoid arthritis and eczema are all immunologically triggered, but we don’t yet have a strong enough knowledge base around how the immune system works to have a pathway to accelerated drug development. For this purpose, in March we launched an €82m call including two topics on immunology (better control of immune-mediated diseases and non-invasive imaging of immune cells).

We’re also very interested in the microbiome; we live with many bacteria in our system, but precisely how those bacteria interact with our bodies, our immune system and even our mental health isn’t yet fully understood. This is a new area for which we believe that a PPP could be really valuable and that would also allow us to bring in other sectors like nutrition companies.

Getting such industry sectors onboard to a greater degree is again something we’d like to accelerate. There’s lots of potential there for growth.

We’re very lucky to have the resources to be able to do things at scale that many others cannot. The average cost of an IMI project is approximately €30m, with some reaching well beyond that – around €100m. Not many agencies or initiatives have those kinds of resources at hand. Again, this comes back to the brave – and I would say, high risk – commitment from the commission and the EFPIA to creating this magnificent initiative.