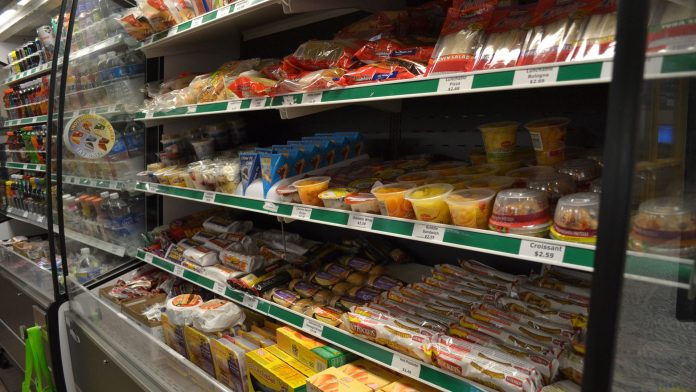 The traffic light food labelling system is more likely to influence what eating establishment someone will choose to buy food from, according to a new poll by Diabetes UK.

When eating outside the home, the poll suggests that a positive response to an establishment is based on how easy the food and drink labelling is to understand.

In response to this issue, Diabetes UK’s Food Upfront campaign is calling for mandatory front-of-pack traffic light labelling on all pre-packaged food, as well as calorie labelling in cafes and restaurants.

The campaign calls for the government to:

Other findings from the poll

Diabetes UK believes that if clearer food labelling is implemented then it could help reduce the rise in cases of Type 2 diabetes and tackle the obesity issue.

Assistant director of campaigns and mobilisation at Diabetes UK Helen Dickens said: “We already know that people living with diabetes want more information about what’s in the food and drink they buy, but what’s interesting is understanding how the availability of better nutritional labelling influences the spending habits of the public as a whole.

“These findings are a clear indicator, not only to the government but also to the food and drink and service industries, that the public has an appetite to see better information about the food they’re buying, and they’re willing to vote with their wallets. It’s not just good for the health of the public; it’s good for business, as well.”

She added: “It’s becoming increasingly difficult for the government, and industry, to ignore the wishes of the consumer. The British public have spoken, and it’s time for government to act and take this simple, bold step to improving the health of the nation.”