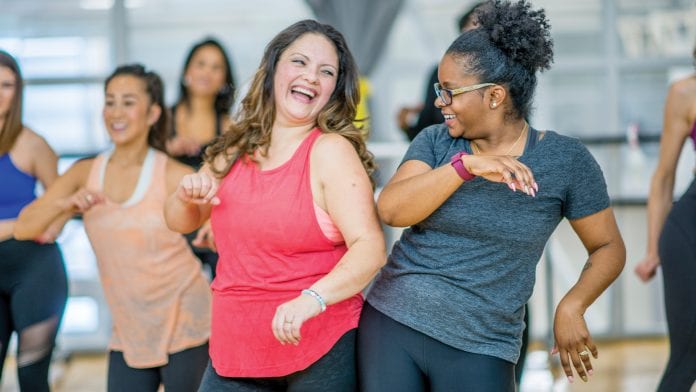 Night sweats. Anxiety. Irritability. Sleeplessness. Brain fog. Vaginal dryness. Decreased libido. As women age, there is a litany of undesirable symptoms that characterise menopause, the cessation of menses resulting from the normal evolution of the female reproductive system over a lifetime. Born with a finite number of oocytes depleting systematically after conception, women are subject to hormonal fluctuations that can wreak havoc on their health and wellness at midlife – but can medical cannabis change this?

Reproductive endocrinology has been well studied, and it is understood that menopause, and its accompanying complications, result from erratic and progressively decreasing oestrogen levels. Hormone replacement therapy (HRT) can mitigate symptoms such as hot flashes and vaginal dryness, but there are cardiovascular and potential cancer risks in long-term exogenous hormone exposure, making HRT inadvisable for some women and undesirable for many others. While herbal remedies, such as wild yam, maca and black cohosh, will work short-term for some, the herbal remedy that anecdotally demonstrates the most promise for women in midlife is cannabis.

Cannabis and the endocannabinoid system

Cannabis has been used for thousands of years in the treatment and relief of numerous conditions, including women’s health, notably as an analgesia during menses, as an appetite stimulant, and as a nerve tonic. In the US, cannabis wasn’t regarded as an illicit substance until the 1940s, and yet in 2013, the American Herbal Pharmacopoeia (AHP) published a two-part series that detailed the therapeutic use of cannabis, classifying it as ‘botanical medicine’.

Cannabis can be effective in relieving some of the more unpleasant and uncomfortable symptoms of menopause by its direct interaction with a woman’s endocannabinoid system (ECS). The ECS came to light in 1992 when Israeli researcher Raphael Mechoulam and his associates, Dr Lumir Hanuš and Dr William Devane, discovered an endogenous cannabinoid – or endocannabinoid – they named ‘anandamide’. The name derives from the Sanskrit ‘ananda’ meaning ‘bliss’. Researchers found that when anandamide is deficient, both women and men may experience stress-induced anxiety and irritability.

Two critical parts of the ECS are G protein-coupled receptors (GPCRs) – called CB1 and CB2 – and both respond positively to cannabis. GPCRs act as gatekeepers of molecular signals. GPCRs take stimuli from outside of cells in the body and convert them to signals inside cells. GPCRs are involved in every important physiological process within our bodies, from immune system function to regulating metabolism to how we taste and smell food.
GPCRs are so important in the medical field that over 40% of all pharmaceutical drugs target them. Common drugs that target GPCRs include triptans for migraines, beta blockers for hypertension, albuterol for asthma, Tagamet and Zantac for stomach ulcers, loratadine for allergies, and fentanyl and oxycodone for pain. GPCRs are also targets for cancer drugs on the market and in development.

Cannabis targets CB1 and CB2 receptors like pharmaceuticals target GCPRs; however, cannabis has been shown to have less adverse side effects than typical pharmaceuticals.

Cannabis also has an extreme ‘lack of toxicity’, meaning you cannot take a lethal dose of cannabis – it is physiologically impossible.It is important to note, however, that medical cannabis research has been hampered by prohibition in countries like the United States, thus the absolute safety of cannabis has not been established. We do know that cannabis increases heart rates and should be used with caution for those with arrhythmias. Cannabis can also trigger acute psychiatric episodes in people predisposed to mental illness.

We now know that reproductive hormones and endocannabinoids interact bidirectionally. Endocannabinoids decrease activity in the hypothalamic-pituitary axis and reproductive hormones affect protein expression in the ECS. Oestrogen may increase the synthesis of anandamide or it may inhibit the enzyme known to degrade it, FAAH (fatty acid amide hydroxylase). Thus, decreasing oestrogen levels also cause a decrease in our endogenous ‘bliss’. In addition, research has demonstrated retrograde signalling of oestrogen-stimulated endocannabinoids suppresses gamma-Aminobutyric acid (GABA) release from ECS receptors. GABA is known to reduce anxiety and induce sleep by interfering with negative thoughts and memory function.

Choosing the right forms of cannabis

One frustration for many women willing to try cannabis for relief during menopause is the lack of clear and consistent dosing instructions. Modern women expect efficient and reliable results from pharmaceuticals. The therapeutic effects of cannabis are highly individualised.

Pharmaceutical cannabinoids such as Marinol have specific indications for extreme conditions and cannot be obtained without a doctor’s prescription. Given the many forms and formulations of consumable cannabis, it is not surprising that therapeutic responses vary greatly. With no clinical trials to inform recommendations, medical practitioners are hesitant to prescribe cannabis to patients, not to mention the legal restrictions in various countries.

According to Dr Lakisha Jenkins, a naturopathic doctor and founding member of the California Cannabis Industry Association, cannabis patients need to do their homework first.

“Then take the research and go on a road of self-discovery. Individuality takes precedence over any traditional medicine taken, especially cannabis,” says Jenkins.

With over 100 cannabinoids identified so far in the Cannabis sativa plant, many are currently being researched now for their individual healthful benefits. For example, CBD is demonstrating efficacy for inflammation/anxiety/spasticity, tetrahydrocannabinolic acid (THCa) for pain, and CBN for sleep. The interaction of the different cannabinoids present in varying concentrations of each specific cannabis strain creates what is referred to as an ‘entourage effect’.

This effect is a synergistic dance of chemicals present in ‘whole plant extracts’, utilising the entire plant to derive the maximum number of compounds in the plant. Maintaining the integrity of the plant’s chemical makeup in manufactured cannabis products such as concentrates and oils potentiates the benefits and mitigates the side effects of the individual components.

How cannabis is consumed affects onset and duration of therapeutic effects. For acute conditions, such as insomnia, inhalation by smoking or vaping will have a rapid onset of relief. According to Jenkins, sublingual forms of cannabis also provide fairly rapid onset and consistent results.

“When you ingest an edible, it goes through your entire digestive system, so you’d have to be pretty precise with the number of milligrams you consume,” she explains. “And you’d need to know what your metabolism is like that day, even if your digestive system is sluggish because hormones affect digestion. Edibles are not as specialised or dialed in.”

Edibles can require up to two hours to take effect, often leading inexperienced consumers to ingest more than they need to relieve their symptoms, inducing more of an overly relaxed, disoriented or ‘stoned’ state. While not harmful, too much cannabis can result in an uncomfortable or frightening experience for some. The common recommendation for preliminary cannabis consumption is to ‘start low and go slow’.

A cannabis strain’s unique terpene profile, for example, creates a ‘thumbprint’ that contributes to its potential effects. Removing or altering the terpenes changes how it affects the ECS as well as how it affects each individual.

A daily cannabis microdosing routine can reduce the unpleasant physical and mental symptoms of menopause while still allowing women to function throughout their day. A microdose is usually considered 2.5mg of THC; however, this may vary depending on an individual’s tolerance, metabolism, and size. Microdosing THC along with the cannabinoid CBD can help with symptoms of menopause in a number of ways, for example by:

Those who regularly use cannabis as herbal medicine are willing to take the time to find the right strain and the right mode of consumption. They describe having a ‘relationship’ to the plant and calibrate their intake over a period of time, monitoring the results, until they experience the outcomes they are seeking.

Medical cannabis is in its infancy. Research of the therapeutic benefits of cannabis specific to women is still lacking, but anecdotal evidence points to a number of positive effects. Cannabis shows promise as a safe alternative to HRT, antidepressants, anti-anxiolytics and sleep aids.