Children of mothers who used cannabis during pregnancy are more likely to show elevated rates of symptoms of psychopathology, such as depression and anxiety.

According to research from the Department of Psychological & Brain Sciences’ BRAIN Lab, even at the ages of 11 and 12, as they head towards adolescence, children can still exhibit these signs of psychiatric conditions that may come as a result of mothers using cannabis during pregnancy.

The findings were published on Monday, 12 September 2022 in the Journal of the American Medical Association and are a follow-up to research published by the Bogdan lab in 2020.

Using cannabis during pregnancy can lead to multiple health issues

The 2020 research revealed that young children who had been exposed to cannabis during pregnancy were more likely to have sleep problems, lower birth weight and lower cognitive performance, as well as other health issues.

Previous research had established the effects of cannabis during pregnancy were strongest when cannabis was used after the pregnancy was known. David Baranger, a postdoctoral researcher in the BRAIN Lab, wanted to determine whether these associations continued as the children approached adolescence. Baranger analysed data from 10,500 children who had also taken part in the 2020 analysis. These children had an average age of ten years old in 2022.

Data on the children and their mothers were drawn from the Adolescent Brain and Cognitive Development Study (ABCD Study), an ongoing study of almost 12,000 children and their parent or caregiver. The ABCD study is funded by the National Institutes of Health and their federal partners and was launched in 2016 when participants were enrolled at 22 sites across the United States. The study began when the children were nine to ten years old.

Baranger emphasised the significant differences in the children from age from ten to 12: “During the first wave, they were just children. Now they’re edging up on adolescence, we know this is a period when a large proportion of mental health diagnoses occur,” he said.

“Once they hit 14 or 15, we’re expecting to see further increases in mental health disorders or other psychiatric conditions — increases that will continue into the kids’ early 20s,” Baranger said. 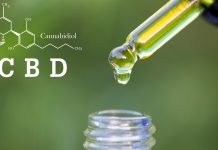 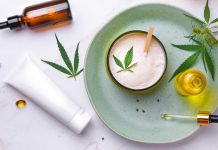