A study from Queen Mary University of London and the University of Nottingham has found that the risk of suicide is seven times higher in people diagnosed with early onset dementia than in those without dementia.

It is estimated that only two-thirds of those with dementia have received an official diagnosis. The NHS has cited timely and accurate dementia diagnosis as a major priority.

Researchers from Queen Mary University of London and the University of Nottingham completed a population based-based control study of medical records from 2001-2019. The researchers wanted to see if they could identify a link between dementia diagnosis and suicide risk.

The study, which examined nearly 600,000 people in England shows that suicide risk in the first three months following a dementia diagnosis for patients aged under 65 is almost seven times higher than in patients without dementia.

Recently, there has been considerable expansion of memory clinics in the UK, designed for diagnosing dementia. However, these have not al always been accompanied by additional resources for supporting patients after they have been diagnosed.

Patients with existing psychiatric illnesses are most at risk

The researchers have emphasised that timely and accurate diagnosis of dementia, combined with specialist support are integral in reducing the distress caused by early onset dementia.

“Improving access to a dementia diagnosis is an important healthcare priority. However, a dementia diagnosis can be devastating, and our work shows that we also need to ensure that services have the resources to provide appropriate support after a diagnosis is given,” said Dr Charles Marshall, senior author and Clinical Senior Lecturer and Honorary Consultant Neurologist at the Wolfson Institute of Population Health at Queen Mary University of London.

“These findings suggest that memory clinics should particularly target suicide risk assessment to patients with early onset dementia, patients in the first few months after a dementia diagnosis and patients who are already known to have psychiatric problems,” added Dr Danah Alothman, lead author and Researcher at the University of Nottingham. 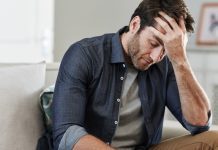 First-wave COVID patients were more likely to have depressive symptoms 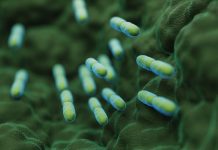 Klebsiella infections are more prevalent in hospitals than in nature 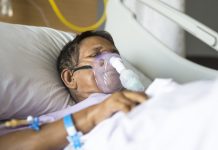 Lying prone is best for hospital patients with breathing difficulties

Adopt point-of-care diagnostics to cut carbon emissions, say over 80% of...