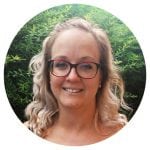 Stephanie Davies graduated from Bradford University in 2002 with a HND in Business and Finance and went on to gain her Association of Accounting Technicians qualification in 2010.

Stephanie joined Health Europa as a credit controller in 2015, progressing to her current role in 2019. She has been instrumental in helping to set up the company’s first charity partnership with East Cheshire Hospice.

A keen athlete, Stephanie is a regular in the gym and has completed several 5k and 10k races, raising over £10,000 for the St Mary’s Neonatal Bereavement fund due to the loss of her first son in 2007.

Stephanie lives in Congleton, Cheshire, and is married with one son.

If you wish to speak to a member of the management team about any aspect of our operation Stephanie should be your first point of contact and can be emailed on stephanie@healtheuropa.com 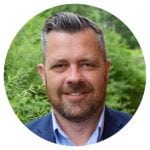 Craig Stubbs was born in Scotland but relocated to Cheshire at the age of three.

He joined the publishing industry as a sales executive in 1999 and has since developed his skills to understand and tailor bespoke packages to suit clients’ needs. He also enjoys working alongside different departments within the business to ensure our commercial offerings are targeted at the relevant organisations.

Craig is a keen golfer having held a single figure handicap for more than a decade; a claim he is very proud of. He has also recently taken up cycling, completing 60-mile and 100-mile charity bike rides and raising £2,000 for The Christie Cancer Hospital in Manchester.

Craig lives in Congleton and enjoys spending time with his wife and teenage son. 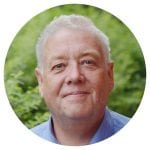 Jeff Turner has worked as a company accountant in the publishing industry for more than 14 years.

He joined Health Europa in 2013 and has overseen the introduction of a bespoke sales order entry system. His responsibilities include management of all financial records and accounting systems of the company.

In his spare time, he enjoys music festivals, playing football and squash, reading and glamping.

Jeff, who was born and still lives in Stoke-on-Trent, is married and has two sons. 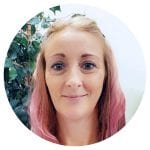 Angela Malbon is qualified in Credit Management and has an NVQ Diploma in Customer Service.

She has worked within the communications industry for over 20 years and joined Health Europa as Head of Credit Control in March 2020.

Angela was born in Stoke on Trent and moved to Cheshire aged six. She now lives in Sandbach with her husband and two children. She enjoys travelling and experiencing new things. She has travelled to Canada, the Caribbean, the Middle East and America, as well as going on safari in the National Parks in Kenya. Her favourite holiday destination is Dubai. She did the full Whisky Distillery Trail in Scotland with her husband but prefers a large gin at the weekend.