The medical cannabis market in Latin America is expected to be worth $8.5bn in 2028. Health Europa explores the industry, highlighting the main drivers in the rising economy.

Latin America is emerging as one of the key players in the medicinal cannabis industry, particularly on the growing and agricultural side of business. Although Canada has always been dominant in the medical cannabis market, this is now under threat, and many Canadian companies are looking at moving south and working with Latin American suppliers.

Why is Latin America such a crucial player?

Latin American companies have the ability to provide cannabis products for export at a lower cost than in North America and Europe for a variety of reasons, making the continent a key player in the production and sale of medical cannabis.

Colombia has issued the most licences for the growing of cannabis in the region due to its warm climate and the fast-changing attitudes toward the drug – there are currently more than 40 licensed producers across Latin America.

What do you know about Colombia?

Medical cannabis has been legal in Colombia since 2015 and is now set to dominate the market. According to Borja Sanz de Madrid, director of operations at Pideka SAS: “Colombia will be the genetic seed bank for the world, as we have the highest quality standards for seeds globally with phytosanitary certificates.”

As of yet, cannabis cannot be exported out of Colombia; however, this year we are set to see big changes within the industry, as a Colombian marijuana company has received authorisation to export products to Canada for testing; the country is preparing to produce 40.5 tonnes of cannabis per year, starting this year.

The first test of its kind is now under way and the first set of results will soon be available. “Once we have the analytical results, we would be able to show the world that it’s possible to grow top-quality cannabis in Colombia, certified by an external Canadian laboratory,” Andres Fajardo, CEO of Clever Leaves, told Marijuana Business Daily.

Ryan Douglas, a cannabis growth consultant, told Marijuana Business Daily: “As more countries legalise cannabis for medicinal use, Colombia is positioned to become a dominant supplier to these new countries as they ramp up their own domestic production capacity.

The medical cannabis market in Mexico

Mexico has the largest population in the region, with 131 million citizens. Medical cannabis was only legalised in 2017; however, the Mexican market is predicted to be one of the biggest in the world in the years to come.

At the moment, medicinal cannabis in Mexico can only be prescribed in oil form and must be prescribed by a registered GP; the oils are restricted in THC content and cannot contain more than 0.3%.

Chile has the highest cannabis consumption rates per capita in the whole of Latin America and, in 2015, the country legalised medical cannabis following a pilot project involving clinical trials in 2014. 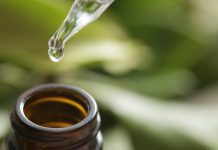