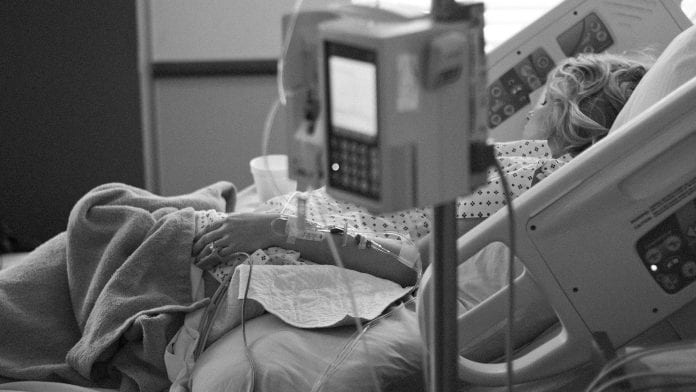 An increasingly important patient safety challenge, pressure ulcers cost the NHS more than £3.8m (~€4.3m) a day and affect roughly 700,000 people in the UK every year – a significant healthcare burden made more startling by the fact that an estimated 80-95% are avoidable. It is thus no surprise that the NHS has identified pressure ulcer prevention as a key patient safety challenge and launched a dedicated national programme (Stop the Pressure) to raise awareness, improve patient care, and reduce incidence.

Health Europa spoke to Claire James, the director of pressure ulcer prevention campaigns Your Turn and React to Red Skin, to learn more.

What are the first signs of a pressure ulcer developing?

The body can withstand certain levels of pressure. The subcutaneous tissue provides a natural padding to prevent damage occurring. In healthy, fully mobile individuals, movement is a natural process when pressure becomes uncomfortable. People who are immobile cannot move independently and individuals who have reduced sensation will not respond to the normal pain signal to move position. If pressure is sustained, pressure damage will occur.

The layers of the skin require fluid for hydration, oxygen and nutrition as a continual process. If there is pressure exerted onto an area for a period of time the blood vessels become squashed, reducing or stopping blood flow to the tissues. This in turn will alter the supply of oxygen, fluid for hydration and nutrients. Eventually the cells become weaker and weaker until they die. As the bones push down into muscle and tissue layers when no movement is taking place, the highest point of pressure will be in the deep layer of tissue near the bone.

Eventually, the pressure will radiate through the layers to the skin and a red mark will appear. This is the first sign that pressure is interfering with blood flow to the tissues. If there is no movement for a prolonged period of time, the red mark will turn purple and then black as tissue death takes place.

The most common places for pressure ulcers to develop are over bony prominences (bones close to the skin).

The discoloured skin may get progressively worse and eventually lead to an open wound. The following list outlines indications that pressure damage is occurring:

What key things should people be aware of to reduce pressure ulcer risk?

Reducing risk comes from understanding who is likely to be at risk in the first place. Most people who fall into one of the ‘at-risk’ categories would never consider themselves as being susceptible to pressure ulcers. However, working in this area has taught me that pressure ulcers can happen to just about anyone – it can simply be down to circumstances.

There are a number of key factors that will increase a person’s level of risk:

As a basic rule of thumb the key elements to remember for risk are:

What improvements have you seen in pressure ulcer prevention since the launch of the React to Red Skin and Your Turn campaigns?

There have been some incredibly significant changes in the time that I have been involved with both Your Turn and React to Red Skin. When Your Turn was first started, nearly 15 years ago, pressure ulcers were not mandatory for reporting, they were not classed as a high-impact action, and they were largely unseen in terms of their profile.

With the efforts the industry made to challenge the status quo and some key supporters within the Department of Health, the focus on pressure ulcers really started to shift in the mid to late 2000s and pressure ulcer prevention became a high-impact action. The introduction of CQUIN goals and associated payments then really took this to the next level. We now have mandatory reporting for all level II and above in our acute and primary trusts, and this data is readily available.

The launch of the SSKIN bundle really made a significant difference, as did campaigns such as Stop the Pressure and React to Red Skin. Most nurses today have had some formal training on pressure ulcer prevention rather than simply focusing on the management of the damage, and many hospitals have it as compulsory annual training.

However, the challenge is that the majority of the people who we would consider as being at risk of developing a pressure ulcer are not typically being cared for in either of these settings, and that does present an issue as the training and equipment that is accessible in this area falls woefully short of what is needed.

Progress on improving the pressure ulcer burden has stalled since 2015 – to what would you attribute this?

Shifting focus onto care in the community and the challenges associated with educating every formal and informal carer on the risks of pressure ulcers without the necessary mandatory training framework to formalise this process.

Without the knowledge to support their everyday activities, carers are being asked to identify at-risk individuals and automatically know what to do when someone presents with non-blanching red skin. In my opinion this is very unfair to the carers, who have an extraordinarily difficult job to do at the best of times, never mind trying to do it without the support of proper training.

The other challenge is that we are ageing as a nation – there are more people in the UK over 60 than under 16. And more and more people are living to extremes of age, with centenarians being the fastest growing age group between 2002 and 2016 according to the Office for National Statistics. With this ageing population comes the challenge of ensuring that we are all leading more active and healthier lives to keep our risk of developing age-associated conditions such as pressure ulcers to a minimum.

How would you evaluate the success of the national pressure ulcer prevention campaign Stop the Pressure two years on from its launch?

Generally speaking I would say that Stop the Pressure has been really well received in hospitals where there is a willing audience (nurses) who understand the daily challenges of reducing avoidable pressure ulcers. In the community setting, the campaign is less well known, and the tools have not filtered through.

In our experience, the vast number of people who need to be trained (care homes, nursing homes and domiciliary care agencies as well as informal family carers) is part of the challenge as well as lack of protected time for learning and no requirement on them from organisations such as the Care Quality Commission to have knowledge around pressure ulcer prevention.

At React to Red Skin we have trained hundreds of care staff throughout the UK and have still found that the most effective way to ensure that the message is understood is to meet with them face to face rather than providing online tools or advice in the hope that someone will read it.