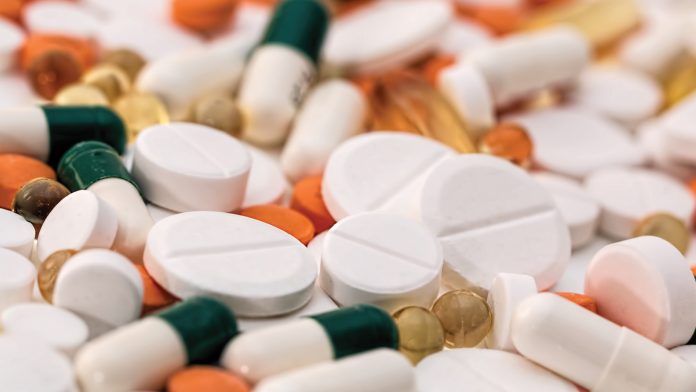 Errors which occur in the healthcare industry can have a severe effect on patient safety, potentially causing more harm or even death, and are an important consideration in upholding patient safety across the entire medical care chain. These errors can be made at various stages, whether that be prescription of medication, in surgery, or in neglect to address a medical concern.

Sir Liam Donaldson was appointed as the World Health Organization’s Envoy for Patient Safety in 2011, in efforts to promote patient safety as a priority across the world.

At the 6th Annual World Patient Safety, Science & Technology Summit in February 2018, Health Europa Quarterly saw Sir Liam discuss the importance of learning from error in relation to patient safety and how best practice can be enforced globally.

Medication Without Harm: a tool for patient safety

Published in May 2017, the World Health Organization’s ‘global patient safety challenge’ Medication Without Harm outlines the way in which global healthcare professionals can strive to reduce the rate of avoidable harm across the globe by 50% over the next five years. Sir Liam started by outlining some of the findings in relation to patient safety, stating: “As we’ve found when we’re relating to this subject and trying to find ways of inspiring people and galvanising action, it’s when we look at the granularity that we start to see how this is affecting real people and why there’s such an urgent need to address it.”

Outlining his first example of a medication error, Sir Liam detailed the case of an infant from Salford, UK, who died in 2005. The infant had a congenital heart abnormality which required major heart surgery but was treatable. For all patients who undergo heart surgery, at some stage, an anti-coagulate is required in the care process. In this case, the infant was prescribed 1,500 units of heparin, yet owing to a mis-reading of the abbreviation U for unit, which was mistaken for a zero, 15,000 units of Heparin was administered. Sir Liam added that this is “an error that’s happened not just in the UK, but in other parts of the world, as well.”

In his second case, Sir Liam outlined the medication error which caused the death of Betsy Lehman in 1994, an award-winning health columnist for the Boston Globe. The Dana-Farber Cancer Institute (DFCI) in Boston is a major teaching centre where Lehman was prescribed an experimental cancer drug in order to treat her breast cancer. Sir Liam said: “There was a clear protocol for it and the calculation of the dose was by the patient’s body surface area. The calculation was performed, and she received four times the proper dose over four consecutive days.” This case was not one singular instance of human error, as 12 different professionals – pharmacists, doctors and nurses – countersigned the dosage calculations. A similar case saw the severe injury of a patient, whereby they were also administered more drugs than the recommendations. “Both patients were given another drug to counteract the side effects of the cancer chemotherapy and they each received four times the dose of that, as well.” As a result of the major media furore which ensued, the leading hospital used the occurrence of Lehman’s death to transform patient-centred care.

The transformation of healthcare

Sir Liam added: “There are many, many unanswered questions, some of them very profound and one of them [include] tragic events like this. Why is it that some hospitals dedicate themselves to transform permanently and some regard it as a sad moment? They have an enquiry report, they try and learn, but underneath their practice, their culture, their ways of doing things don’t change at all. Why such a difference?”

Giving several cross-industry examples, he furthered his argument for the necessity of making proactive transformations across the healthcare industry for the purpose of patient safety. At the moment, patient safety doesn’t even get an institution-wide transformation,
he said.

When authorities led investigations into the death of Betsy Lehman, the hospital was found to have adverse features of the culture which were historic. Sir Liam added: “Her death was a tragic marker of an organisation that did not have the right culture and degree of arrogance, and all sorts of things were pointed out by authorities.”

Where errors stem from medication they could, Sir Liam advised, be almost eliminated if abbreviations were banned and solutions for calculations were made.

NICE set out to tackle problem drinking in the UK