Pneumonia development in older adults has been found to have a link with the consumption of a group of certain medicines commonly used to treat people with heartburn and stomach ulcers.

Proton-pump inhibitors (PPIs) are a valuable group of medicines which are commonly prescribed to reduce gastric acid and protect the stomach. However, as the risk of pneumonia increases, they are considered as not fully safe for older people as first thought.

According to Exeter University, UK, approximately 40% of older adults receive PPIs, although, some experts say that up to 85% of people receiving PPI prescriptions may not actually need them. Researchers identified more than 75,000 older adults were treated with PPIs.

Recognising the risk of PPIs

Researchers have advised people to discuss with their prescribing healthcare professional as to whether PPIs are needed, as simply stopping PPIs could be just as dangerous as they are very useful, for example preventing stomach bleeds in some patients.

PPIs have been recently linked to increased rates for certain health concerns like:

How PPIs are linked to pneumonia

This association was studied because stomach acid is a barrier to infections spreading from the gut in those with stomach reflux. With pneumonia being a major cause of death in the UK for older adults, it was important for healthcare providers to understand the links between PPIs and pneumonia.

David Melzer, Professor of Epidemiology and Public Health at the University of Exeter Medical School, said: “This study shows that there was a higher rate of pneumonia in older people who received PPIs over a two-year period. Caution is needed in interpreting the findings as our study is based on analysing data from medical records, so other factors may be involved.

“However, our study adds to growing evidence that PPIs are not quite as safe as previously thought, although they are still a very useful class of medication for certain groups of patients.”

For the study, patients aged 60 years and older who taken prescribed PPIs regularly were selected.

Results were published in the American Geriatrics Society. 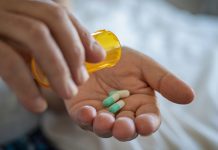