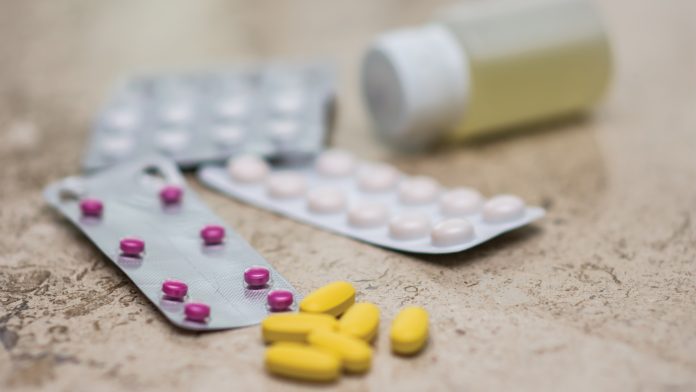 Oliver O’Connor, of the Irish Pharmaceutical Healthcare Association, reflects on efforts to ensure timely access to new and innovative medicines for all patients in Ireland.

The Irish Pharmaceutical Healthcare Association (IPHA) is a member-based organisation working to ensure that the views and interests of the international research-based pharmaceutical industry are recognised by all those involved in Ireland in medicines policy and healthcare matters.

In line with this, the IPHA:

As an important part of work, the IPHA is committed to ensuring that everyone in Ireland, regardless of income, has access to the full range of modern therapeutically advanced medicines. To this end, in 2016 it entered into a four-year framework agreement with the government designed to ensure both the sustainability of public expenditure on medicines and timely access to new and innovative medicines for all patients.

Here, the IPHA’s chief executive, Oliver O’Connor, tells Health Europa more about what the agreement involves, the importance of improving the assessment process for orphan drugs, and the challenges facing Ireland’s medicines supply.

Pfizer recently hit out at Ireland for being “one of the slowest countries in Europe” to fund the use of innovative medicines. Why has Ireland fallen so far behind its European neighbours?

In this instance, Pfizer communicated the same message as the pharmaceutical industry in Ireland as represented by IPHA: Ireland has become one of the last countries in Western Europe to make new medicines available and to reimburse them through public health services.

We have measured this through the European Federation of Pharmaceutical Industries and Associations (EFPIA), which among other things, monitors the rate of availability of new medicines in different countries, and also through research we have commissioned – conducted by Quintiles IMS. The latter shows the rate of reimbursement availability for new medicines as a whole, including new oncology medicines, in Ireland. That report was published in September 2017.1

We have an agreement with the state whereby, each year, we set the price of urgent new medicines according to their average cost across the 14 other countries that made up the EU-15 (the countries of the European Union prior to the enlargement of 2004). Because of that, the IPHA decided to look at which medicines are available in Ireland relative to that group of countries. We found that we were 12th out of 12 reported countries, in terms of making medicines available, which is an especially disappointing position to be in given that Ireland used to be a country that made new medicines available relatively early in comparison to other European countries. It’s important that patients can see that their health service is providing medicines and innovating as quickly as comparable European countries – so we have been keen to emphasise how Ireland is faring.

So why has Ireland fallen so far behind? Part of the reason is down to the decision-making processes recently within the health service and the government. Following completion of technical analyses and health technology assessments (HTAs), there seems to be a long delay in final decisions being made on reimbursement. The amount of funding available in the health service for new medicines is also a problem – it has been more or less flat since 2009 for community supply, even though members of our association have made price cuts and are providing the state with rebates and discounts. This year just €14m was allocated for new medicines for the community.

Now that the financial crisis is over in Ireland, the country has the capacity to spend more, and, indeed, health spending has started to grow again. But expenditure on medicines remains inadequate.

What would the IPHA like to see changed, or put in place, in order to improve the situation and to ensure that patients are getting the medicines that they need, when they need them?

We’re working with the health authorities to improve communication and transparency in the assessment process for new medicines. Hopefully, this will prove fruitful in terms of promoting a more efficient process. We are also continuing to advocate for a reasonable, sustained level of growth in Exchequer funding for new medicines, which will accompany the savings which are being provided by IPHA member companies and through the agreement that we’ve reached with the government on pricing and supply.

What particular challenges are involved in funding orphan drugs to make sure they’re available where needed?

One of the big questions in Europe is how to apply HTAs and methodologies for orphan drugs – something which throws up certain challenges in terms of cost, the range of evidence available, and so on. Given the importance of completing full HTAs, there is now a group looking specifically at how the processes for orphan drug assessments and, in particular, reimbursements can be improved. We will certainly be engaged with
those talks.

At a political level, there is a question of how funding for orphan drugs is allocated. Nonetheless, the overall budget impact for a particular orphan drug may not be as high as compared to medicines expenditure for broader population groups. There is a good and interesting policy dialogue ongoing in this area, and we’ve had hearings within the Joint Committee on Health which have focused on orphan drugs.

In fact, the joint committee recently released a report which highlighted a number of issues in this area, which was I think a very positive contribution to policy development.2 So it is getting attention from policy makers at various levels, but, things are moving quite slowly.
At the IPHA, we are very keen to be involved in developing specific policies for orphan drug reimbursement and availability.

Are there any examples of best practice in other countries which Ireland could itself adopt in order to speed up development and improve access to medicines?

Each country does things in their own way and, like everyone across Europe, we are looking at what the potential advantages of the European Commission’s proposals in this space and HTAs are, how they might work, and how they could help to address the situation – judging by the criterion: will they help us to get new medicines to patients in a way that is faster within the financial capacity of the state and also commercially viable for companies?

There aren’t really any easy lessons that can be learned from one particular country or that we feel we can apply to Ireland and say, ‘that’s the solution’. The reimbursement processes in each country are quite different and are mostly based on national laws – and that has to be respected.

Speaking at our annual conference in 2017, the Irish Minister for Health, Simon Harris, indicated that he would like to engage in a dialogue with us on how we can improve speed of access, relative to Europe, in order to see what ideas we can mutually put on the table and discuss together. We’re looking forward to that discussion happening fairly soon. Maybe within that we’ll see aspects that different countries can offer. At this moment in time, there isn’t one thing which we’re advocating, whether that be a system or methodology. We have to explore all the incremental changes that could possibly help us achieve a better rate of availability compared to other European countries.

How is the Framework Agreement on the Supply of Medicines to the Health Services 2016-2020 helping to facilitate access to new and innovative drug therapies, and in what other ways is the IPHA working to improve patient outcomes via a better supply of medicines?

The agreement provides a very stable and predictable level of savings for the state – in terms of cost avoided, the re-alignment of prices to the average of the rest of the EU-15 each year, and cash rebates, paid every year by all our companies in respect of all medicine sales. Effectively, the state gets a saving which can then be applied towards funding new medicines. That’s the whole purpose of the agreement – making savings on existing medicines in order to fund the new medicines in the pipeline.

Outside of the agreement, the IPHA is committed to ensuring the continuity of the supply of medicine. That’s very important. We also engage, as individual member companies, with different state health authorities on issues of medicines supply, management and optimisation – for example, to ensure continuity of supply and that appropriate prescription guidelines are in place for new medicines that are targeted to particular patient cohorts.