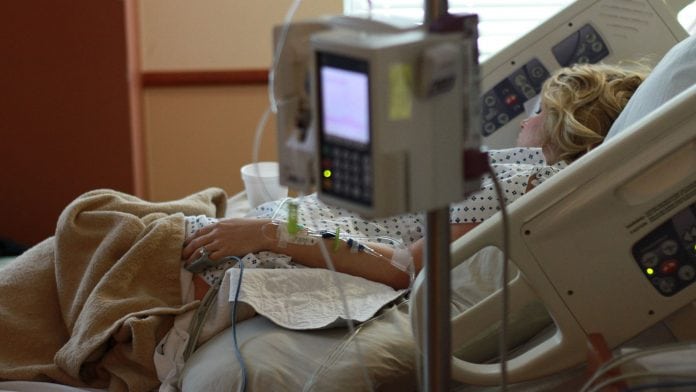 Patients with Locked-In Syndrome have been given a new sense of freedom with the first ever wearable continuous communication device.

The EyeControl is a groundbreaking device which has been launched in the UK and enables people with Locked-In Syndrome to communicate with their loved ones and carers in a simple, intuitive and innovative way.

Locked-In Syndrome is a condition where a patient still has full cognitive ability but is unable to move or speak, making communication near impossible.

This neurological condition is rare and results in complete paralysis of all voluntary muscles except for ones that control eye movements, meaning communication is possible through eye movements or blinking.

Conditions that can lead to the state of being locked-in include ALS and other motor neuron diseases (MND), stroke and traumatic brain injury.

How does the EyeControl device work?

This device is the world’s first AI-powered, wearable eye tracking device that enables 24/7 immediate communication, both for emergency and social purposes, something that previous solutions have not addressed.

Or Retzkin, CEO of EyeControl says: “What makes the EyeControl unique is that it has the ability to provide the user with independently controlled communication. We aim to create a simple to use and competitively priced device to give a voice back to the voiceless.

“The EyeControl introduces a new reality of accessibility for locked-in individuals to communicate with their friends, family, and carers, transforming everyday tasks for both users and their carers.

“Individuals are now able to communicate immediately upon waking, while in the bathroom, indoors, outdoors and even while travelling – situations that alternative devices have not been able to accommodate. We hope to inspire a new sense of independence for these individuals.”

EyeControl has launched a crowdfunding campaign which aims to sponsor devices for individuals with ALS in the UK. The company will match all support from the public to ensure that as many people as possible are gifted an EyeControl device, while ensuring it costs the patients nothing.

Retzkin concludes: “We are excited to be working with local communities across the UK and with local professional organisations who are nominating members of their community to receive a device. We also hope to raise awareness of the importance of giving these patients the independence they gain through communication devices.”

Six people per day are diagnosed with MND in the UK and up to 5,000 adults in the UK are affected at any one time.