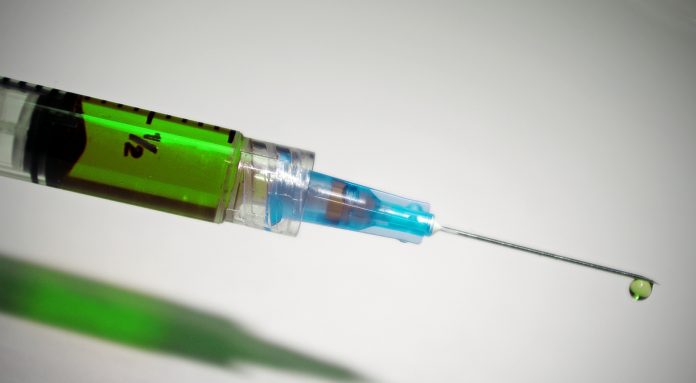 A new injection that successfully eliminated tumours in mice is to begin its human clinical trial and be tested on lymphoma patients.

The study from researchers at Stanford University School of Medicine, US, found that injecting small amounts of two immune-stimulating agents directly into solid tumours in mice can eradicate all traces of cancer in them, including distant, untreated metastases.

This approach also works for many different types of cancers, including those that occur spontaneously.

Responsive treatment without the adverse side effects

The researchers believe that applying small amounts of the agents locally could be a rapid and reasonably inexpensive cancer therapy, which will result in less severe side effects commonly seen with body-wide immune stimulation.

One of the agents has already been approved for use on humans, while the other has been tested for human use in several unrelated clinical trials.

A clinical trial was launched in January of this year to test the effectiveness of the treatment in patients with lymphoma.

“When we use these two agents together, we see the elimination of tumours all over the body,” explains Ronald Levy, MD, professor of oncology and senior author of the study.

“This approach bypasses the need to identify tumour-specific immune targets and doesn’t require wholesale activation of the immune system or customisation of a patient’s immune cells.”

The impact of immunotherapy

Levy is a pioneer in this field, and the work of his laboratory led to the development of rituximab, one of the first monoclonal antibodies approved for use as an anticancer treatment in humans.

Levy said: “All of these immunotherapy advances are changing medical practice.
“Our approach uses a one-time application of very small amounts of two agents to stimulate the immune cells only within the tumour itself. In the mice, we saw amazing, body-wide effects, including the elimination of tumours all over the animal.”

How does the treatment work?

The method works to reactive the cancer-specific T-cells by injecting microgram amounts of two agents straight into the tumour site. One is a short stretch of DNA called CpG oligonucleotide, which works with nearby immune cells to enhance the expression of an activating receptor called OX40 on the surface of T-cells.

The other is an antibody that binds to OX40 and activates T-cells to lead the attack against the cancer cells. These T-cells are pre-screened by the body to recognise only cancer-specific proteins.

“This is a very targeted approach,” Levy said. “Only the tumour that shares the protein targets displayed by the treated site is affected. We’re attacking specific targets without having to identify exactly what proteins the T-cells are recognising.”

The current trial will recruit 15 patients with low-grade lymphoma.