Two studies performed by a team of researchers from the Karolinska Institutet has identified that nanobodies from an alpaca may be effective at neutralising an array of SARS-CoV-2 variants.

The Karolinska Institutet team has designed a new method for discovering potent miniature antibodies – called nanobodies – that can be employed to mitigate COVID-19 infection. The novel strategy has enabled the team to identify several promising nanobodies that blocked infection from different variants of SARS-CoV-2 in cell cultures and mice. The researchers believe that their discovery may help to develop future treatments against the disease.

Gerald McInerney, professor at the Department of Microbiology, Tumor and Cell Biology (MTC), Karolinska Institutet, and joint senior author of both studies, said: “With the help of advanced laboratory techniques, we were able to identify a panel of nanobodies that very effectively neutralised several variants of SARS-CoV-2.”

The results of the two studies are published in Nature Communications and Science Advances. The studies received funding from the David and Astrid Hagelén Foundation, the Clas Groschinskys Minnesfond and a Jonas Söderquist’s scholarship, European Union’s Horizon 2020 research and innovation program, Swedish Research Council, and Knut and Alice Wallenberg Foundation.

Nanobodies are fragments of antibodies that are found naturally in camelids and can be modified for humans. Although the development of vaccines has aided in reducing the impacts of COVID-19, there is still a need for potent therapeutics to combat severe COVID-19 infection.

Nanobodies offer a promising therapeutic alternative, offering several advantages over traditional antibodies, such as having favourable biochemical properties, being easy to develop, and can be produced cost-effectively at scale. The two studies identified multiple nanobodies from an alpaca immunised with SARS-CoV-2 antigens.

The first study identified a single nanobody called Fu2 that greatly reduced the viral load of SARS-CoV-2 in cell cultures and mice. Through employing electron cryo-microscopy, the team found that Fu2 naturally attaches to two individual sites of the viral spike, which stops the virus from being able to enter the host cell.

Next, the team used an array of advanced laboratory techniques and computational methods to perform a comprehensive analysis of the alpaca’s entire spectrum of nanobodies, finding an extensive number of nanobodies that are potentially effective at neutralising the disease.

The results of this second study found additional antibodies that effectively cross-neutralised the founder and beta strain of SARS-CoV-2 in cell culture and mice models. The nanobodies also were shown to mitigate the more distantly related SARS-CoV-1.

The researchers and now implementing the same techniques to understand which nanobodies from this extensive list will be the most optimal for treating the Omicron variant, which is now the most prevalent strain of the disease globally.

Assistant Professor Ben Murrell, also a joint senior author of both studies, said: “Once established, these libraries can be expanded and mined for nanobodies that neutralise new emerging variants.” 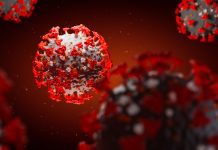 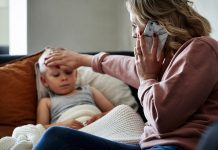 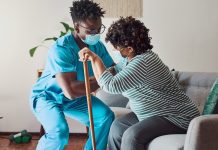 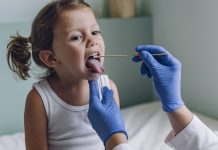