An expert guide to delivering hepatitis C testing and treatment to people who inject drugs could help to eliminate the virus, scientists say.

Following a successful three-year trial, a team of researchers led by Glasgow Caledonian University (GCU) and the University of Bristol, in collaboration with NHS Tayside and the Scottish Drugs Forum (SDF), has published a blueprint detailing the best ways to get hepatitis C treatment to those most in need.

The hepatitis C virus (HCV) is a blood-borne disease that can damage the liver and is spread mainly through blood-to-blood contact with an infected person. Despite effective Opioid Substitution Treatment and Needle Syringe Programmes, chronic hepatitis C prevalence remains at around 40% among people who inject drugs in the UK.

The new blueprint includes key recommendations such as introducing a nurse-led community service for hepatitis C testing and treatment, recruiting peer workers who are familiar with the local drug culture, and creating close ties between existing community services for people who inject drugs.

Researchers say the ideal model would be to house all these services in one building but, where this is not possible, the links between these services need to be strengthened – by introducing such strategies as data sharing systems, role sharing, and post-treatment care and support. A key part of that support is ongoing testing and treatment to prevent re-infection. The team hopes that the guide can be rolled out across the UK and worldwide.

Goal to eliminate hepatitis C in Scotland by 2024

The breakthrough in getting treatment to those who inject drugs – studied as part of the National Institute for Health Research (NIHR)-funded EPIToPe (Evaluating the population impact of hepatitis C direct-acting antiviral treatment as prevention for PWID (people who inject drugs) project – will help guide efforts in Scotland to eliminate hepatitis C by 2024.

The Scottish Government has welcomed the findings and Public Health Minister Maree Todd said: “These recommendations will be a valuable resource as we continue to work towards our target of eliminating hepatitis C in Scotland by 2024.”

The World Health Organization (WHO) has set an elimination target to reduce hepatitis C transmission by 80% and deaths by 65% by 2030, and researchers believe this new method of getting treatment to those who inject drugs in communities will have a major impact on cutting incidence and death rates.

Lead GCU researchers behind the blueprint, Professor Lawrie Elliott, Dr Gabriele Vojt and Professor Paul Flowers, now at Strathclyde University, described the research as a “game changer in the design of hepatitis C treatment programmes for those who inject drugs in Scotland and beyond”.

Professor Elliott added: “We know from previous research led by GCU that the treatment works, but we have struggled to get this out to those who need it. These recommendations are a major breakthrough in getting treatment out to communities and will have a huge impact on virus elimination.”

The study was co-led by Matt Hickman, Professor in Public Health and Epidemiology and co-Director of the NIHR Health Protection Research Unit in Behavioural Science and Evaluation at University of Bristol, and involved experts from the University of Dundee, Public Health Scotland, and NHS Bristol, North Somerset, and South Gloucestershire, with the backing of drugs charities With You and The Hepatitis C Trust.

NHS Tayside Consultant Hepatologist and Gastroenterologist and University of Dundee Professor John Dillon said: “The goal of HCV elimination, removing the scourge of death and disease caused by HCV from our communities is within reach, but it needs coordinated action by all the players to achieve it. The recommendations are a useful tool to that end.”

Professor Hickman said scaling up hepatitis C testing and treatment in the community alongside harm reduction services was “critical” to prevention in the UK and achieving elimination targets.

SDF CEO David Liddell welcomed the blueprint: “This type of assertive, responsive and inclusive approach to hepatitis C testing and treatment will go a long way to helping Scotland meet its 2024 elimination target.

“The recommendations have given us an evidence base for actions around which a consensus can readily be built as they will be consistent with the experiences of stakeholders delivering services.”

Dr Paul Hughes, Executive Medical Director at With You, said: “With You welcomes the publication of the EPITOPe study. The study findings will undoubtedly contribute to our organisational aim of helping NHS England’s to eliminate hepatitis C by 2025.” 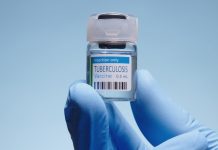 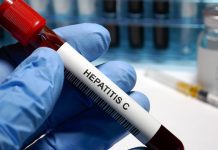 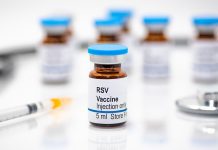 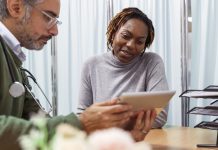