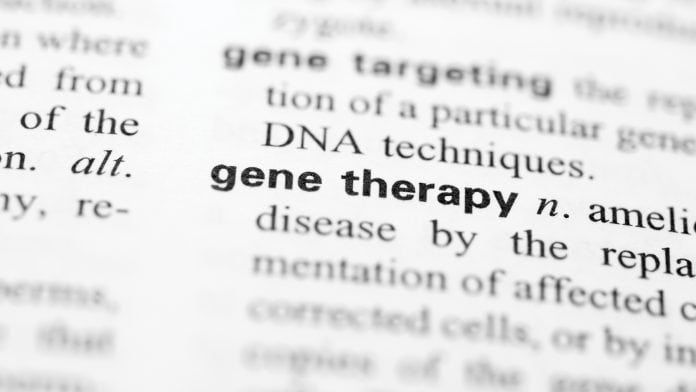 Dr Luigi Naldini, the director of the San Raffaele Telethon Institute for Gene Therapy, outlines Italy’s enormous success in the field of cell and gene therapies, and provides a unique insight into the development of Strimvelis.

Of the ten advanced therapy medicinal products to have been approved in Europe, three – Strimvelis, Zalmoxis and Holoclar – have been developed in Italy, which is rapidly asserting itself as a leading player in the field of cell and gene therapies.

Strimvelis was developed at the San Raffaele Telethon Institute for Gene Therapy (SR-Tiget), Milan, and received marketing authorisation for the treatment of ADA-SCID, a severe and very rare form of immunodeficiency, in May 2016. The first ex vivo gene therapy to be approved in the world, it was brought to market under a strategic alliance with pharmaceutical giant GlaxoSmithKline. In April 2018, GlaxoSmithKline signed a strategic agreement to transfer its rare disease gene therapy portfolio (including Strimvelis) to Orchard Therapeutics.

Here, the director of SR-Tiget, Dr Luigi Naldini, tells Health Europa about the challenges involved in developing such a product, the key factors behind Italy’s success in cell and gene therapies, and what’s next for his institute.

What makes Italy such a strong breeding ground for cell and gene therapies?

Only six of the ten cell and gene therapies initially approved are still on the market, and of those three are from Italy, which makes the Italian contribution to the existing approved therapies definitely significant.

What is special about Italy? It’s hard to say.

We certainly have a strong clinical capacity, especially in the early stages of clinical testing, and a strong connection in some institutions between clinicians and scientists. Many biomedical institutions in Italy can fully support clinical translation themselves. In other places, that can be a challenge; a lot of the time, research institutes perform substantial preclinical development, but their location is far removed from the clinical sites. The culture in Italy is to bring the research and clinical work together. That is an engine for translation.
Another factor in Italy’s success is the role of public funding, particularly from charities like the Telethon Foundation, which supports research on genetic diseases – the main platform for cell and gene therapies. In Italy, Telethon plays a unique role because global funding has not always been reliable or constant. In time, Telethon has therefore emerged as a prime source of high-quality funding and has really driven cell and gene therapy research.

Finally, prior to the current hype surrounding cell and gene therapy, it was for a long time met with great scepticism and very little interest from industry. During that time, Europe managed to build a strong research community driven by EU-funded consortia, with charities and academia supporting the translational work. That has been the only surviving strategy for the field. When the first clinical results came, they came from that preassembled community of scientists and clinicians, supported by public, EU or charity funding. That was instrumental to the delivery of the first products.

Europe has often faced criticism for its inability to cross the ‘valley of death’ and translate good ideas into commercial products – how has the SR-Tiget model been able to overcome this challenge?

It’s important to remember right from the start if you are working on a translational project that you have to keep in mind what the actual clinical need is:

This kind of early-on assessment can only be done by frequent and early interactions with clinicians. Scientists aren’t necessarily thinking about the key need. They might have a bright idea, but it might not be feasible in a clinical setting or else it might be missing the key clinical aspect. Again, that interaction is a special feature of our institute.

It is also important to establish – as early as possible – some collaboration with the pharma industry. After all, it is the pharma industry that will fuel the actual translation. Once you have developed the initial proof of principle at the bench, you need to move into research that takes account of the regulatory and data quality requirements needed to sufficiently support the filing of a new investigational drug application. That kind of expertise comes from industry. An alliance with industry would also bring in funding, which is crucial because the process of getting a cell or gene therapy approved is a costly endeavour.

Again, SR-Tiget has proved quite successful at achieving this kind of collaboration. Our first alliance with big pharma was with GlaxoSmithKline. At that time, no one really knew much about cell and gene therapy. We had some very early clinical data from the Strimvelis project, and we were about to start two key trials with lentiviral technology in humans. With that, we managed to trigger the interest of industry, and although they were not ready to get involved straightaway, in the end they did take that step. Therefore, when we started to see the results of the early clinical testing, which were promising, we were in place to benefit from that alliance.

SR-Tiget was behind the development of Strimvelis, the first approved ex vivo gene therapy worldwide – can you tell us a little about your experience of developing this and the challenges you encountered while doing so?

Strimvelis was as you mentioned the first ex vivo gene therapy to be approved, and it really raised a number of challenges. Firstly, this was going back to the very early days of gene therapy research, so when we started to look at the data package there were a number of aspects which were intriguing. For instance, the preclinical data accumulated before starting the trials – ten years before – was limited and insufficient for what would be an expected standard of filing these days. That meant we had to actually go back to some preclinical work while we already had the clinical data. Thankfully, we enjoyed a profitable interaction with the regulators, and they eventually made manageable requests about the data we would need for filing.

Similarly, because Strimvelis was being used for an ultra-rare disease, although the data was very positive, it applied to a very small number of patients over a long time, which was not the conventional package of data used to support a filing.

The final challenge in the path to registration related to our interaction with industry. Because we (the scientists) were working together with the industry, there was a need for the two sides to speak the same language and to come to a common understanding. Of course, that was not easy, especially as Strimvelis was the first ever ex vivo gene therapy.

The first time industry looked at the therapy and realised that it was made of stem cells from a patient being modified ex vivo before eventually being released as a drug, they said: “This is not a sterile product. How can we sterilise the product?” Of course, if you sterilise the product, you kill it. In the end, industry had to come up with a process of validation and qualification which would be unconventional. Similarly, on our side as scientists, the challenge came in understanding the need to qualify the product and to define what is in it. That was a complex task because this is a heterogeneous population of cells which cannot be easily defined. All in all, it was an interesting but very challenging experience to try and bring these two different cultures together, but I think we managed to come up with some new solutions to the questions we faced.

How has the landscape of cell and gene therapies in Europe changed since Strimvelis was approved?

The success of Strimvelis has proved that there is a real potential for cell and gene therapies to be effective and to become drugs, despite all the challenges. We have proven, thanks to data accumulated here in Milan but also in France, the UK, Germany, the USA and Spain, that our findings are robust and reproducible, which has helped to increase investment and interest in cell and gene therapies.

In terms of ex vivo gene therapies, the success of trials of CAR T-cell therapy, a type of cancer treatment, has attracted a wider audience to the research field. Many of the challenges you find with stem cell therapy you also find with T-cell therapy, and some of the solutions are also common. This has helped to make ex vivo gene therapies a very strong area of development, with a much greater sense of commitment and investment.

What are the main priorities of your institute looking to the future?

At SR-Tiget we hope to make stem cell gene therapies safer and even more applicable, because, at the moment, while we have an accelerated rate of gene transfer, we still rely on conventional transplantation methodology. This requires patients to be given chemotherapy to make space for the modified autologous cells to engraft. Chemotherapy carries some morbidity and has potentially long-term effects, which we would like to lessen. If we can make stem cell therapy gentler, so to speak, we can reduce the amount of time it takes patients to recover and thus shorten stays in hospital. This would broaden the application of stem cell therapy and make it safer in the very long term. We are therefore working on conditioning strategies, on stem cell expansion strategies, and on improving engraftment.

Secondly, we would also like to improve the precision of gene correction using technology such as gene editing. This would reduce the risk which comes with replacing genes that are randomly inserted in the genome – but we must make sure it is as efficient and feasible as gene transfer. We are working on this now and hope to deliver it in the clinic as soon as possible.

Recommended Related Articles
The potential of advanced therapy medicinal products in Europe
Seeing is believing: the need for in vivo imaging in cell therapies
Related Special Reports
The function of immune cells in combating cancer
Key areas of research in the diagnosis and treatment of MPS diseases
Related eBooks
Private: Understanding elements of muscle plasticity